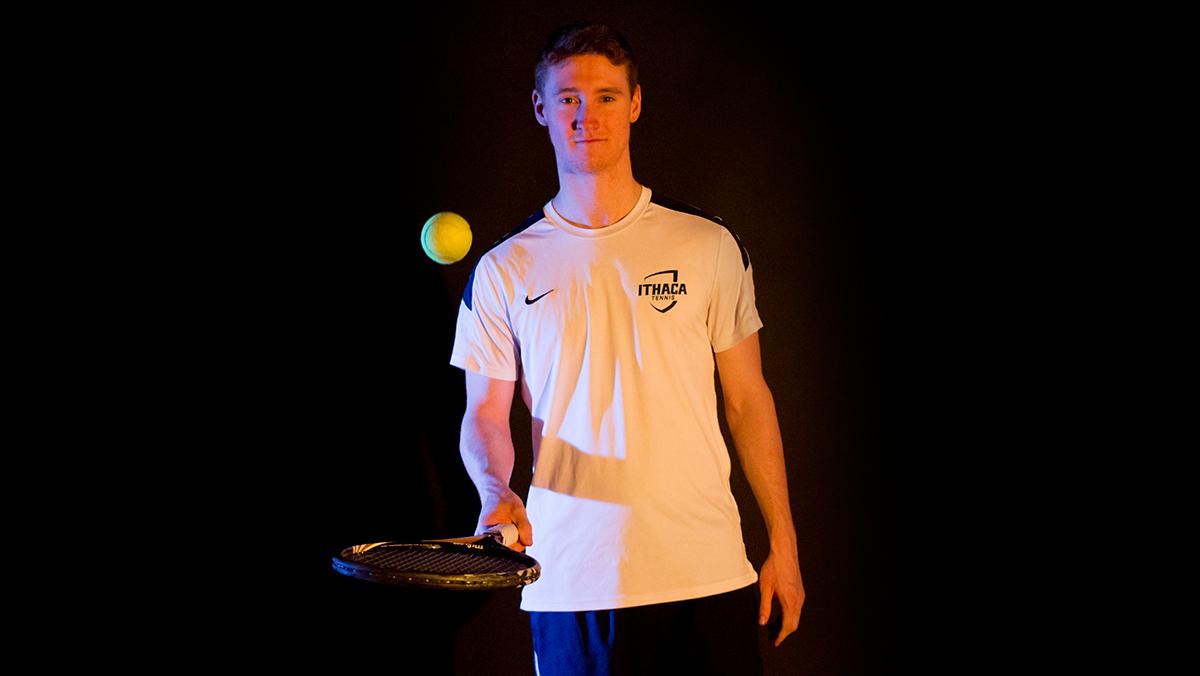 After losing to its rival Stevens Institute of Technology 5–1 in the Empire 8 Championships last season, the men’s tennis team is coming into this season with new goals in mind.

Head coach Bill Austin said the main goal is to improve and play a little smarter every day.

Before the South Hill squad can set their sights on the Empire 8 Championships, they have to get past the Ducks in regular season play.

This year, the Bombers will not be playing Stevens until April 22. Even though it is toward the end of the season, Austin said the match will always be in the backs of their minds.

There are five freshmen on the roster this year, three of whom are in the starting lineup. Sophomore Michael Gardiner said their talent contributes greatly to the team.

“They are raising the overall skill level of our team,” Gardiner said. “They are bringing intensity and competition to the team. It makes me and the rest of the upperclassmen work harder. We are no longer just playing to stay in the same spot because we now have these freshmen who are trying to take our spots.”

Freshman Minos Stavrakas will be a huge benefit to the team, as he is playing first doubles and singles, spots usually filled by seniors. During the team’s match against the University of Rochester on Feb. 19, its only win came from Stavrakas.

“It’s an honor to be the lead player, but at the end of every win, from the first to sixth players, it’s just as good,” Stavrakas said. “Even if I lose both my matches and all my teammates win their matches, the result will be 7–2. It matters what I do, but it matters as much as my other teammates. It’s an honor to be a leader, but in the end, we are all equal.”

In years past, the Bombers have had constant starters. Last season, Gardiner and Chris Hayes ’16 were partners for first doubles and played first and second for singles. This season, assistant coach Jordan Smith said the starting lineup can easily change because of the amount of depth the team has.

“This year, it’s almost like anybody can beat anybody else on any given day,” he said. “You have to show up, and you have to be ready to play every single day with this team.”

Junior Lorenzo Viguie-Ramos said the team’s doubles game needs to improve because it can be the determining factor in a match.

“In the past, we’ve had our difficulties picking up one or two doubles points when that could end up deciding a match,” Viguie-Ramos said.

Last season, when the Bombers lost 5–4 to Georgetown University, the three doubles points determined the result of the match. The South Hill squad won four out of six singles points but lost all three doubles. The closest match was lost in a tiebreaker, and senior Nate Wolf and sophomore Stefan Lazarevic lost by two points.

The Bombers will be strongly relying on their four seniors and one junior to lead the team, senior Wes Davis said.

“It’s important to share our experiences and know what worked and what didn’t work and use that to lead the team,” Davis said. “We know bringing a lot of energy to practice is important to develop the team and make sure we are going in the right direction.”