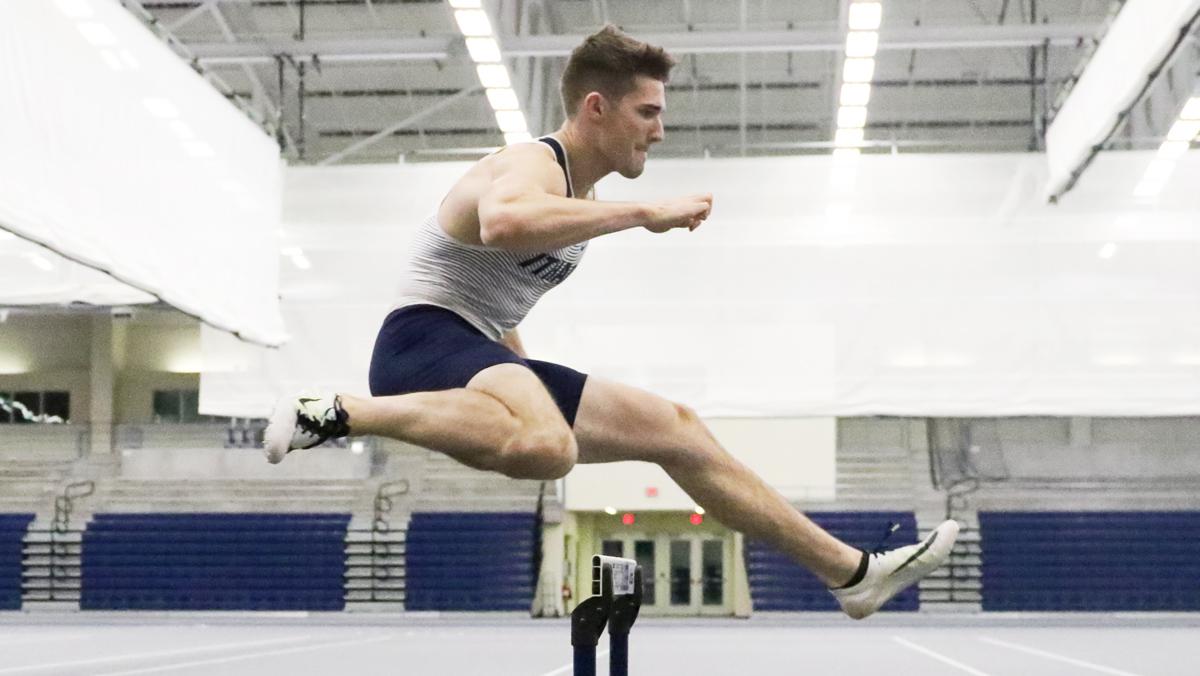 The Ithaca College men’s indoor track and field team aims to continue its winning streak after consistently strong seasons in the past several years.

The Bombers are hoping to win the indoor Liberty League championship for the third year in a row. Men’s track and field head coach Jim Nichols said he has confidence in the team’s abilities across many events this year.

“We have a lot of returning athletes that are solid in their events,” Nichols said. “Our cross-country team is very, very strong this year, so our middle-distance and distance runners should be pretty strong.”

Nichols said that it is not easy to earn a place on the team and that the team places emphasis on both talent and work ethic when determining its roster.

“We’re going to take this season as it comes, continue to keep growing and working hard and working towards getting the best we can possibly be,” he said.

Mikula said he wants to continue setting personal bests and maintain his presence at national competitions.

“I want to break the 5-meter mark, which is a pretty big mark,” Mikula said. “[I] definitely want to make it to nationals for the remainder of my collegiate career. That’s a goal of mine but also trying to get another All-American, hopefully, national championship by the end of my senior year.”

“We’ve got a good group of senior sprinters with Chris Yeates and Sean Reardon,” he said. “We also have a group of freshman sprinters that I haven’t seen but on paper should be should be solid for us.”

Senior sprinter Yeates was named to the Liberty League Outdoor First-Team in the 4×100 relay last year. He also placed seventh in the 60-meter dash at the Liberty League Indoor Track and Field Championships and set a personal best of 7.10 seconds in the event at the AARTFC Indoor Track and Field Championships last season. He said he has aspirations for success, both for the team and as an individual.

“I would definitely love to win Liberty League as a team,” he said. “My personal goal is to try and get a seven [second time] in the 60 [meter dash].”

Senior high-jumper and heptathlon competitor Rob Greenwald placed first in the high jump last season at the Liberty League Indoor Track and Field Championships and has a personal record of 1.93 meters in the high jump. He also placed fourth in the heptathlon at the same event last season. He said he also intends on breaking milestone marks in high jump and performing well as a team.

“My main goals for this year would be to hit 6’ 6” in the high jump and have a good season in the heptathlon,” he said. “I want to try to qualify for All-Atlantics, and then win Liberty League as a team.”

Yeates and Greenwald both said they recognize their responsibilities as veterans of the program and said they wanted to be the best leaders they can be. Yeates said he plans to echo the leadership skills taught to him from past senior team members.

“I’ve been on the team since freshman year, so I’ve learned a lot from our past leaders,” he said. “You gotta keep up the attitude, don’t let anyone else get down on themselves, always try to hype everyone up so they can be to their best ability.”

Nichols said he is confident in not only the freshman team members he scouted for this year but the team as a whole.