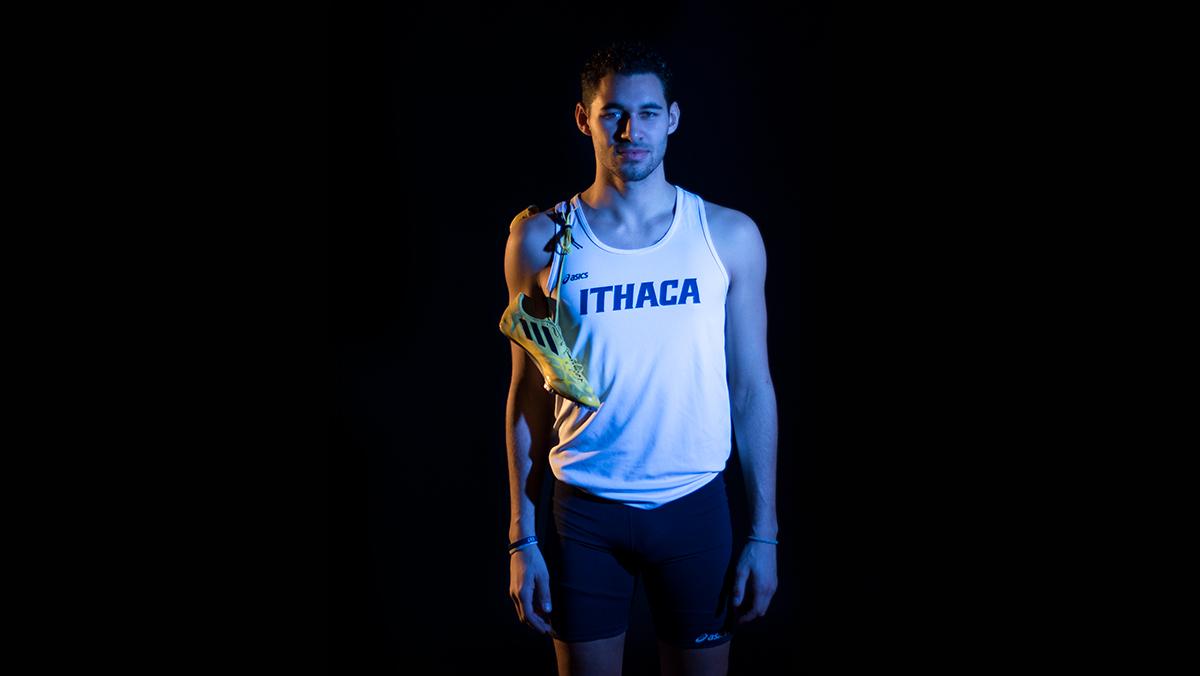 “We want to go the hardest for the E8 outdoor because we want that triple crown,” freshman Christopher Yeates said. “Other than that, we want to do well at the [Eastern College Athletic Conference] and states. As a team, we want to get as many people to qualify for nationals as we can.”

Freshman Jeff Montgomery, a member of the distance medley relay team, said the training that the team has been putting in since preseason for cross-country will aid in winning the triple crown.

“The thing that will help us with this is that in spring track, you kind of reap what you’ve sown during the winter,” he said.

Montgomery said Matt Wiehe, the new assistant coach for the men’s cross-country and track and field teams, has been helpful for the team in terms of motivating the runners to continue moving toward their goals.

“We have very knowledgeable coaching staff,” he said. “[Weihe] came in for cross-country, and he has definitely been a tremendous help this track season so far. I can’t imagine anything changing.”

Since the team is in peak competition season, athletes are beginning to taper and cut back workouts so they can ensure they’re getting enough time to rest.

“A lot of the work that’s been done to achieve where we’re at right now has been put in, so we’re actually starting to taper back,” senior distance runner Sean Phillips said. “ So our hardest workouts are behind us, which is kind of nice. Now we’re doing more tune-up workouts.”

Phillips said the team’s goals, as well as his own, had a lot riding on the Empire 8 Championships.

“Our primary goal as a team is to win the third Empire 8 Championship,” he said. “For me, personally, the top 15 go to nationals in [Illinois] at North Central the week before spring break, so I’d like to start running some quicker times to hopefully push into that top 10 to ensure a spot in the NCAA nationals.”

Staying injury-free and getting enough sleep will be crucial in helping the team achieve its goals this season, Phillips said. Seventy-five percent of injuries to lower extremities occur during practices as a result of intense workouts, according to the Centers for Disease Control and Prevention.

“Time management is huge because it has the most to do with sleep,” Phillips said. “At the beginning of the season, if you have a lot of work to do, you can afford to get five or six hours of sleep. When it comes around to championship season, if you’re not getting those eight hours of sleep, you’re really selling yourself short, and at this point, you’ve put in so much work. It’s not worth it to have a bad race because you didn’t get enough sleep.”

Last year, the Bombers placed fourth at the New York State Collegiate Track Conference Championships, and this year, sophomore triple–jumper Kyle Davis said they are trying to have more runners qualify so the team has a better chance of winning.

Davis said the team is determined to win Empire 8’s this year and will work together to try to make that happen.

“We really look forward to E8s; our team always does well,” Davis said. “It’s a good atmosphere, too. Last year, I was ranked really low but ended up PR-ing by a huge amount. It’s just a team atmosphere where everyone’s together and supporting.”