Men’s track and field looks for first in Liberty League 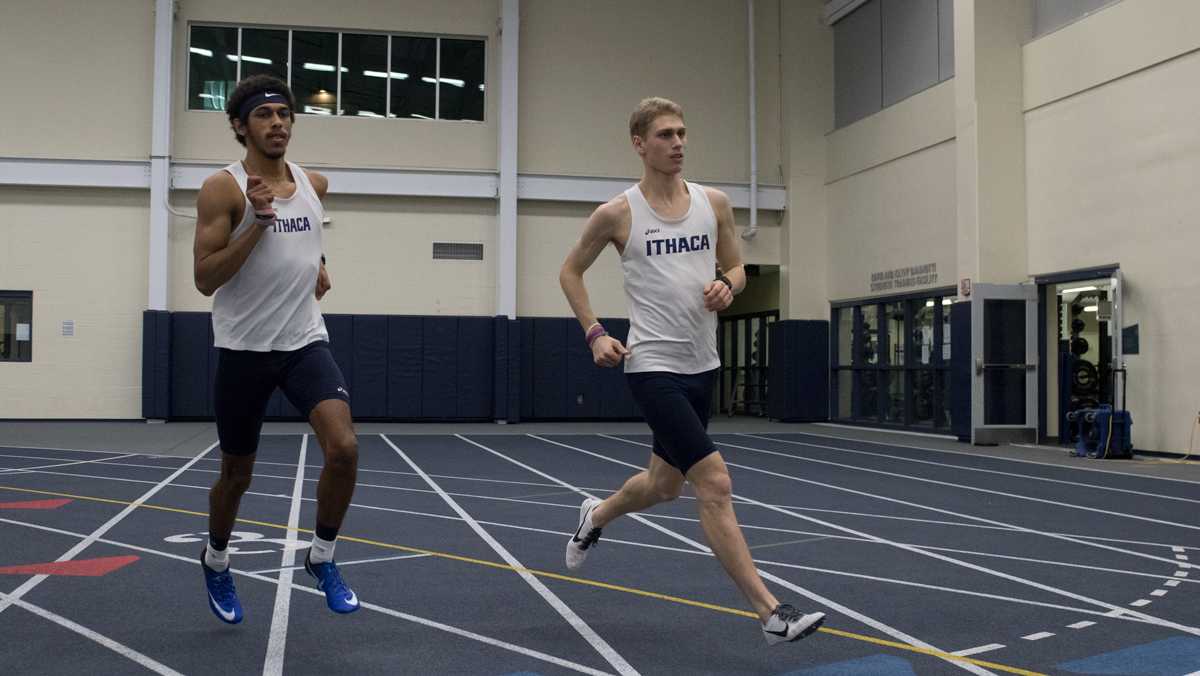 After finishing third in the Empire 8 Conference last year, the Ithaca College outdoor men’s track and field team is looking to finish on top in the Liberty League Conference.

Senior pole–vaulter David Dorsey, who tied the school pole vault record and was the New York State Collegiate Track Conference Pole Vault Indoor Champion last season, said that the Liberty League will be more challenging but that it should only motivate the team.


Assistant coach Matt Wiehe said having the chance to train all year prepares the team for the outdoor track season.

Daniel Hart, junior middle-distance runner, said the year-round training has a positive effect on him by the time the spring season starts.

“The winter is definitely different by the way it helps me prepare for outdoor, and I definitely run better times,” Hart said. “I have the endurance training from cross–country under my belt, and I also have a lot more speed–based track training under my belt.”

Harden-Marshall is coming off of an impressive indoor season where he set the school records in the 200– and 400-meter races as an individual and was a part of the record–breaking 4×400-meter relay. He said that the team has been improving all year and that he has high hopes for the team coming into the spring season.

“I think team chemistry has definitely improved for us, especially with our relay teams,” Harden-Marshall said. “I hope to get a few more records for myself but really hope that the team can get a Liberty League Championship, just like how I expect us to this winter.”

Wiehe said his expectations for the team are not going to change and that the team will still be looking to compete at a high level with the better competition.

“Our expectations are going to be about the same as indoor was,” Wiehe said. “We always want to be first, we like to win here, and we like to be competitive; so our expectation is always to perform to the best of our ability and try to be first wherever we can be.”