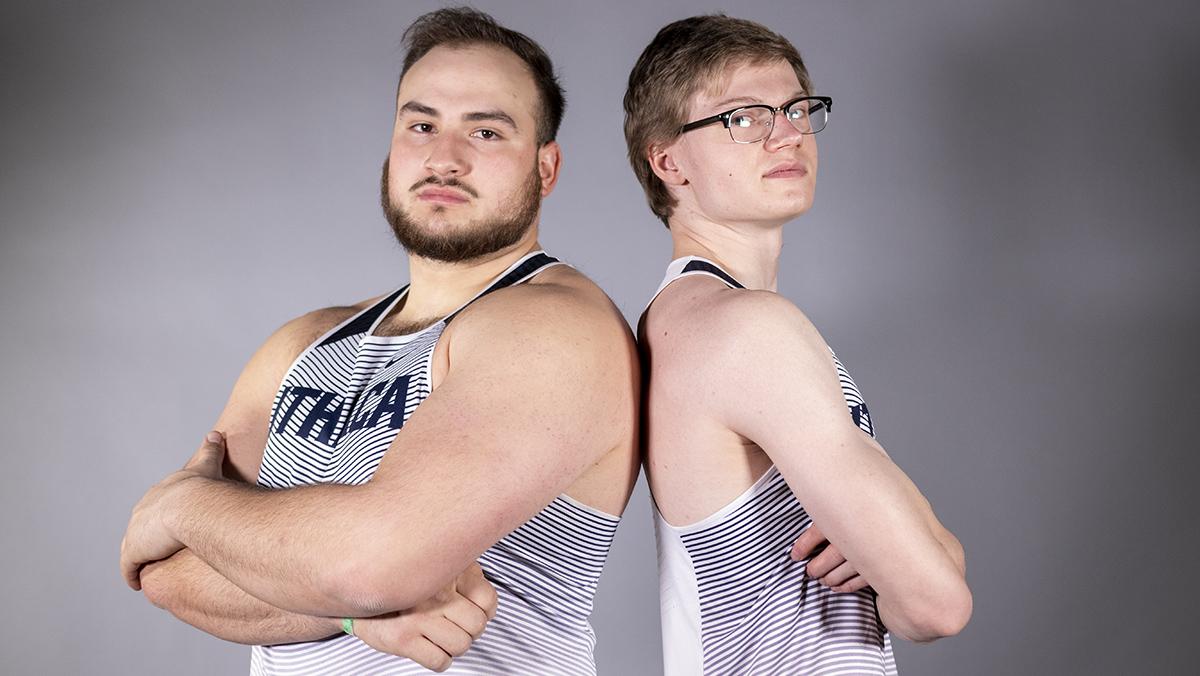 A year after returning to the track and winning the Liberty League, the Ithaca College men’s track and field team is looking to repeat as conference champions, and continue to build on its success on its path to the National Championships.

Only competing in the outdoor season last spring, the South Hill squad racked up its first outdoor conference title since departing the Empire 8 Conference for the Liberty League in 2017. The Bombers have three indoor titles since joining the Liberty League.

This year’s roster includes 12 newcomers after the team graduated five seniors in 2021. In addition, head coach Jim Nichols will be coaching at South Hill for his 35th straight season after being named Liberty League Coach of the Year for the 2021 outdoor season.

As the team prepares to complete its indoor season March 12 and begin competing outdoors, Nichols said he expects improvement from his players that he hopes will lead to overall team success.

“Our goal is to have everyone on the team improve individually, and as a group, and try to be at their best by the time we get to the Liberty League championships at the beginning of May,” Nichols said. “[And] shoot for the Liberty League outdoor championships. That’s always been a constant goal of ours, and something we strive for every year.”

In comparison to other years, Nichols acknowledges that every year is different, but maintained that the end goal is still the same.

Senior thrower Luke Tobia echoed the sentiments of Nichols, expressing a desire to win the Liberty League again and advance to the NCAA Championships.

“Definitely winning a Liberty League [title] again, you know, last year, I think we won by over 100 points, maybe something like that,” Tobia said. “To repeat that or even improve on it, would definitely be our goal for sure… set some more school records across the board, and you know, send a couple of more guys to Nationals and get as many guys there as we can”.

Tobia had much success during the 2021 season, including winning Liberty League Field Performer of the Week in January and setting personal records (PR) in outdoor shot put, discus, and hammer with stats of 14.56 meters, 38.86 meters and 55.00 meters, respectively. Tobia said he hopes to set new records while out on the field this season.

“I think it would be fair to expect some PRs, some championships hopefully,” Tobia said. “You know personally I have some pretty high goals. I’d like to win a National Championship, All-American, win the Liberty League again, and probably win the Regional as well, those would be my personal goals.”

Junior sprinter Andy Frank said he has personal goals he would like to reach as well. In his two previous years on the Bombers’ squad, Frank has yet to win at Nationals. However, he intends on making that a reality this spring.

Not only does Frank plan on competing individually for a National Championship, but he has his sights set on making sure his teammates get to experience what it’s like to win as well.

“[Being a] national champion is for sure very important to me, not only as an individual event, but bringing my teammates as well in a relay,” Frank said. “I promised these guys that I’ll show them the top, and I’m gonna show them this year what it’s like… being able to do that alongside teammates, is really something special.”

Frank recognized that in order for the team to find success this spring, accountability is key. He said he believes that with accountability, the Bombers will be able to remain consistent throughout the season.

“Holding each other accountable, day in, day out, doing our thing, and making sure that we stay on track, making sure that we do the right thing, is the most important thing for us,” Frank said. “Because we have the talent, we just need to stay consistent and stay healthy.”

The Bombers begin their outdoor season March 25 at the Jim Taylor Outdoor Invitational in Selinsgrove, Pennsylvania.