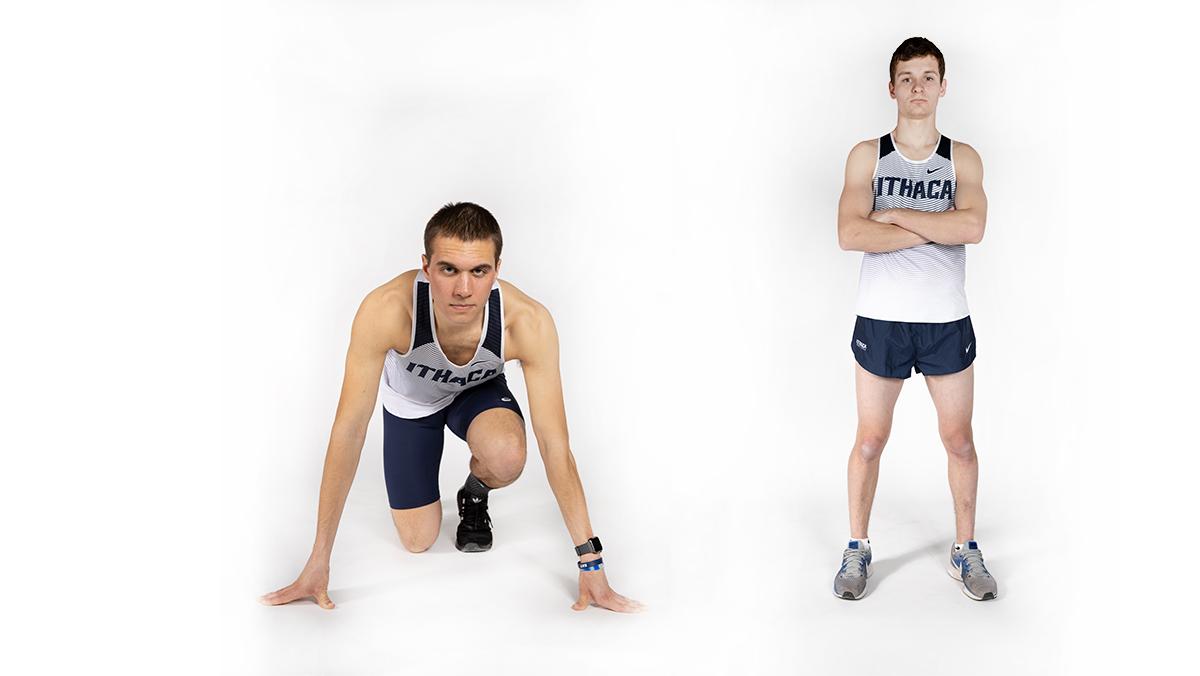 With the end of the indoor track and field season just around the corner, the Ithaca College men’s track and field team is eager to prove that it can be a big–time competitor in the Liberty League during the outdoor season.

The team ended its 2019 spring season with a third–place finish at the Liberty League championship and sent two athletes to nationals, senior John Blake in the 3,000-meter steeplechase and sophomore Dom Mikula in the pole vault.

Head coach Jim Nichols said that although the spring season is close, the team still needs to focus on bringing its all to the upcoming indoor meets as well as prepare for the outdoor season. He said the team’s performance at the Liberty League championships Feb. 28–29 will be a good representation of how it will perform in the spring.

“It’s the second year we’ve been in [the league],” Nichols said. “We previously ran at Empire 8s, and we won both indoor and outdoor a number of years in a row. Liberty Leagues is a little bit more challenging. We’ll have to see how we do indoors this year, and that’ll evaluate what we can expect with outdoor.”

The team took first place at the indoor Liberty League meet last season. Mikula is currently ranked No. 2 in Division III for pole vault and is expected to attend the NCAA indoor championship for the second season in a row. He also recently broke his own school record with a height of 5.00 meters.

“We’re looking pretty good right now,” Mikula said. “The team is looking strong bringing it into Liberty Leagues in the next couple weeks here. We’re going to be strong and dangerous.”

Nichols said the team’s past success will be crucial heading into the spring season.

“We have a really strong middle distance/distance group because they went to nationals for cross–country for the first time,” Nichols said. “Our high jumpers are excellent. Hopefully, both of those might be able to qualify for indoor nationals. I believe we have about 40 athletes right now qualify for indoor Liberty Leagues. Hopefully, we’ll increase that [outdoor] if we can.”

Senior captain Evan Jones said that because the conference meet is so competitive, the team needs to commit to earning the win this season. Rensselaer Polytechnic Institute is the reigning indoor league champion.

“I think that we really need to show more depth than we showed in the past,” Jones said. “We cannot rely much on the people who score high and win their event. We need to have guys coming in third, fourth, fifth, seventh, eighth, which will make a big difference this year for trying to catch RPI.”

Nichols also said depth is an important factor the team needs to focus on to be a true competitor in the conference.

Mikula said that the team struggled with injuries last spring season. For this upcoming spring, he said the group is striving to stay healthy and bring more athletes to every meet.

“We had a lot of injuries around this time going into championship season,” Mikula said. “We had some people sitting out that could have scored us some points, but just staying healthy through the rest of the tail end of the season will get us hopefully a championship.”

As athletes, Jones said they all need to be aware when their bodies need a rest because injuries can begin early on in the season and then hurt them as the season progresses.

“It’s really just managing and deciding ‘Maybe today I shouldn’t run multiple events in this meet because my hamstring is bothering me a little bit,’ especially in the beginning of the season,” he said. “I think that’s when a lot of injuries first happen. When we start to get back, our legs tend to get injured more easily.”