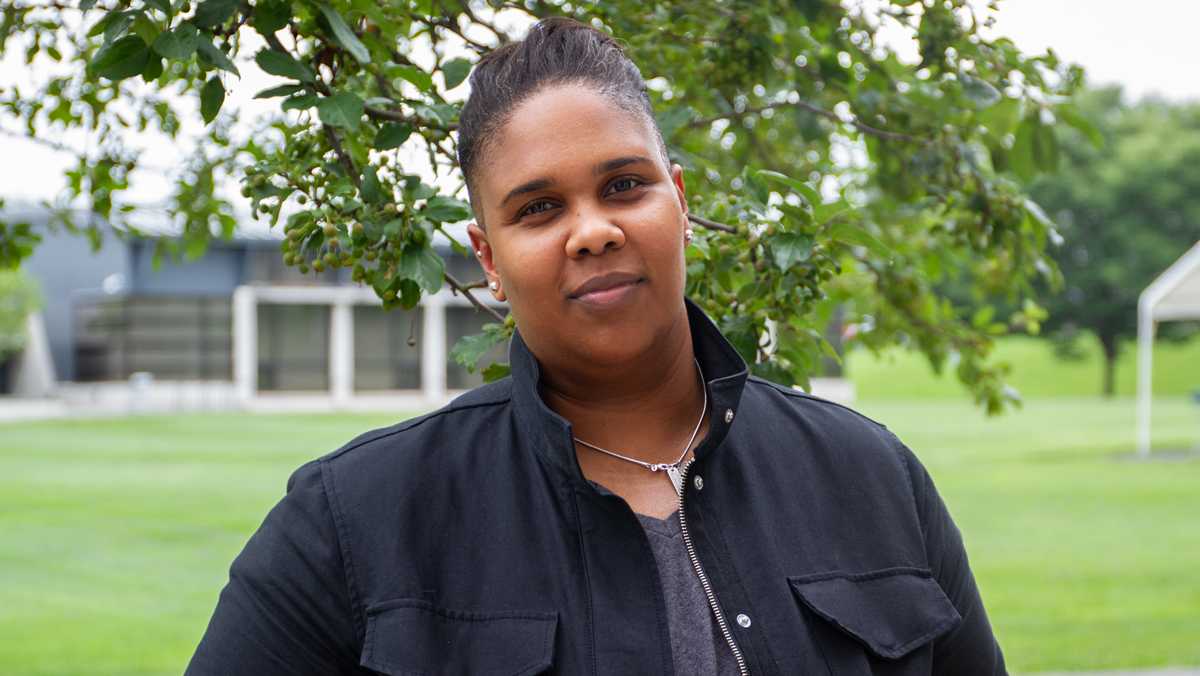 After spending six years at Slippery Rock University, Erienne Roberts took over as the Associate Director of Athletics and the Senior Woman Administrator at Ithaca College in July. Before coming to the college, she was the SWA and the Assistant Director for Compliance at Slippery Rock.

An SWA is typically the highest-ranking female position in an athletics department and was designed by the NCAA to ensure that all student athletes have the same opportunities in college athletics. Roberts is taking over for Michelle Manning, who was previously the Associate Director of Athletics for Finance and Administration and the SWA at the college before becoming the Director of Athletics at Carthage College.

Sports editor Dani Pluchinsky spoke with Roberts about why she came to the college, what she is most excited about in her new job and what policies she hopes to implement in the future.

Dani Pluchinsky: What drew you to Ithaca College after working at Slippery Rock?

Erienne Roberts: One of the really cool things about [the] opportunities I had at Slippery Rock was a lot of different professional development. I worked with the NCAA leadership development group, and one of the programs I had was the Charles Whitcomb Leadership Institute. And through there, you talk a lot about your values, beliefs and some of the things you would like to do as you progress forward in your career. One of the things that came to me during that program was the type of administrator I wanted to be. At Division II, it is really compliant heavy and that was my primary role there, but as I went through these programs, the opportunity to do something more comprehensive was something I really wanted to do. When this job posted, I looked at the job description and it’s about as comprehensive as you can get. If you look at the diversity initiatives that are going on on campus, a lot of the transition from the president and the provost, those are all things that seem to be really exciting and that I thought were really cool.

DP: What does the title Senior Woman Administrator mean to you?

ER: Senior Woman Administrator really speaks to the NCAA’s push and initiative to make sure women have senior-level roles within the athletics department. It’s a little unique here because we have a woman athletic director, so to me, it is really making sure the representation from an empowering standpoint, especially when we are talking about our student-athletes, is there. It helps to have an athletic director who is a woman, but that is not common across the different divisions and across intercollegiate athletics. The idea that the NCAA wants to make this initiative is really good. For me, being able to uphold that intention and empowering the women coaches, the women student-athletes, being a role model and also giving our male student-athletes an idea of woman leadership and how that looks.

DP: What makes you the most excited to work at Ithaca College?

ER: The student-athletes. In any position, especially an administrator role, it is always student-athlete centered. I had an opportunity to meet with the field hockey and volleyball teams and their energy was electric. They … are really the ones that drive the motivation and make everything worth it. The more I get a chance to be with them, the more I get a chance to engage and work with them and have an understanding and gain credibility in areas that need to be addressed with them. That’s the exciting part.

DP: Looking 5–10 years down the road, is there anything you want to implement here at the college?

ER: I think, consistent with what the campus is doing, if we are able to do more diversity programs and more programs that represent the groups of students on campus and work on their retention. Anywhere from ethnic diversity, sexual orientation, religion and ethnicity. If we are able to do things that are catered to them in a way that speaks to how you all are communicating and how you all engage with each other. … Now, we are moving the needle to where culture has changed, so let’s talk about how we can continue to be progressive in areas. I think athletics is doing a lot of programs for social change which is great. I would like to see that move forward, and any opportunity I have programming for that and implementation would be really cool.