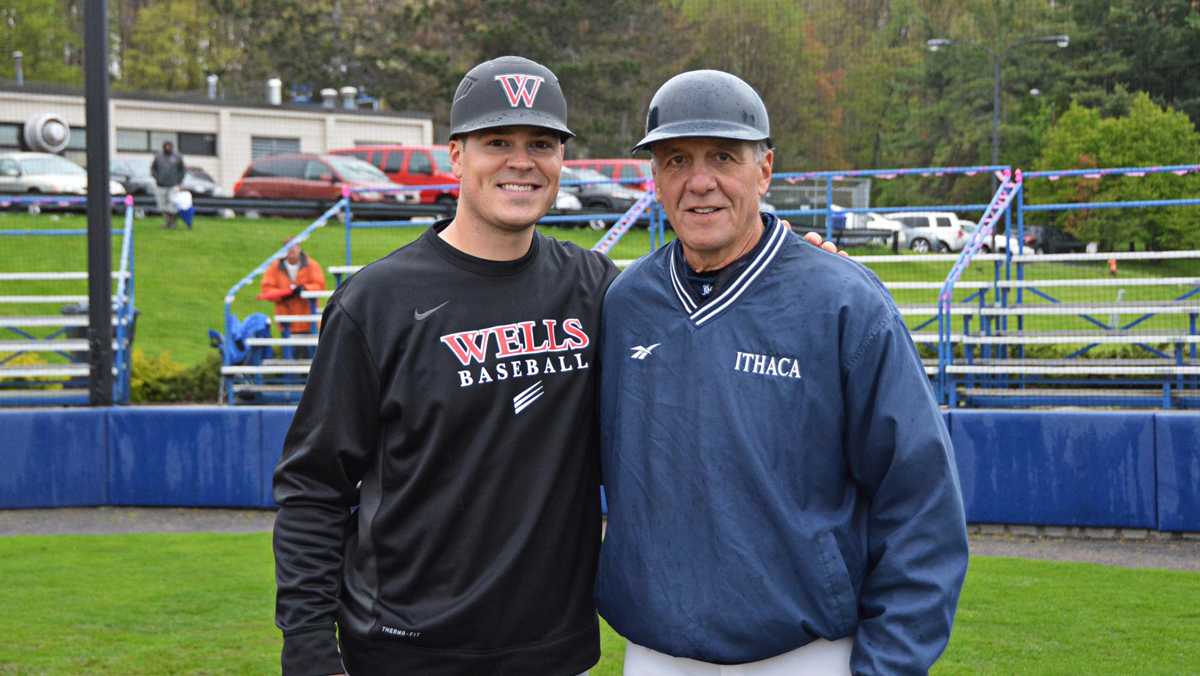 The Ithaca College softball and baseball programs were led for decades by legendary coaches, and although new faces are stepping into the leadership roles this season, head softball coach Hannah Shalett Quintana ’07 and head baseball coach Dave Valesente already have strong legacies at the college.

Quintana was a member of the college’s softball team for all four years of college. She said that returning to South Hill to coach where she spent her collegiate athletic career playing has been her dream since the age of 18.

“This campus is my favorite place in the world,” she said. “It feels fantastic to be home. I keep pinching myself to remind myself that it’s reality.”

Under former head coach Deb Pallozzi, Quintana majorly contributed to the success of the softball program as an athlete. While she was at the college, the team made four trips to the regional tournament and made two appearances at the NCAA College World Series. Quintana was named National Fastpitch Coaches Association Catcher of the Year, Empire 8 Woman of the Year and a First-Team NFCA All-American in 2007.

Before her return to South Hill, Quintana led the women’s softball team at Skidmore College as head coach from 2013 to 2018.

Quintana said she plans to make some technical tweaks to the team’s game, such as transitioning the offensive philosophy from bunting and short-game techniques to more powerful hitting numbers. However, Quintana said, she plans to leave the team’s culture and traditions mostly untouched.

“I think what Coach Pallozzi built was such a great legacy and had great consistency,” she said. “My job is just to make sure we continue to excel on a national level.” 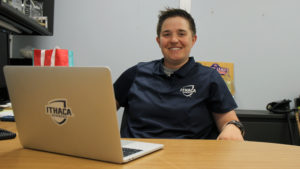 As a graduate of the college, Quintana said she hopes to instill a sense of pride in her players about representing the South Hill squad.

“It’s about family,” Quintana said. “It’s about hard work on the field, off the field and in the classroom and being really passionate about the privilege of being a Bomber.”

Senior Abby Shields said Pallozzi instilled a philosophy in the team that was built off of the Bombers having one another’s backs. As Quintana steps in, Shields said that the team’s motto will be even more emphasized.

“Our team is really excited and really ready for new changes in all of the things that Coach Q has to teach us,” Shields said. “I think we’re all really open to new suggestions and learning and becoming the best possible player that we can.”

While the fall may be a learning period, Shields said she is confident Quintana and the team will quickly learn what makes each other unique and then let that fuel their success.

While Dave played baseball for Division I Saint Joseph’s University, his father, George ’66, is one of the best-known figures in the college’s athletic history. The American Baseball Coaches Association Hall-of-Fame baseball coach and alumnus retired in August after 41 seasons. He led the Bombers to 35 NCAA appearances and 17 Empire 8 Conference championships out of the last 20 seasons that they were part of the conference. George also was named Empire 8 Coach of the Year 11 times.

“I want it to be known that it wasn’t passed down,” Dave said. “It’s not something that [my dad] gave me. It was something that, in my opinion, I earned from my experiences, and I went through a challenging interview process here. It means a lot that Dad wanted me to be the next coach.”

Dave said that because he and his father are closely bonded through baseball, he has adopted many of the same values as his father and plans to implement them as he leads the team.

Junior baseball player Jack Lynch said the team is excited to have another Valesente at the helm of the program.

“It’s tough losing a leader, really, with Val Sr.,” Lynch said. “But having his son come in and knowing that he has the same morals, same ideas, same sort of coaching style as his dad is pretty reassuring.”

Lynch said that he is looking forward to Dave’s progressive approach to his coaching and that a new style will be refreshing for the Bombers.

“I think it’s pretty unique that a program can have that legacy built up over such a long time,” Lynch said. “It’s pretty amazing to be a part of it.”

Unlike baseball where teams rely on a four- or five-man starting rotation, softball teams typically look to one or two arms to do most of the work. But this year, the softball team has four arms getting time on the mound.

Blue and Gold’s pitchers take command in the circle