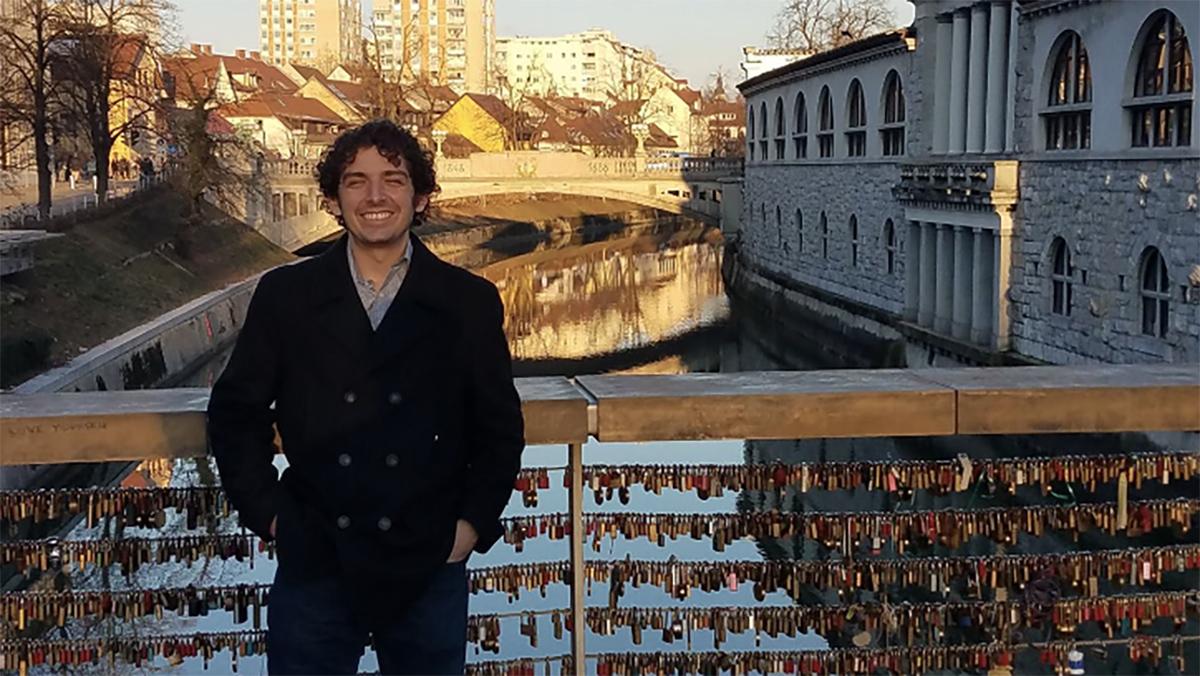 COURTESY OF JOSH VORENSKY
Josh Vorensky ’11 earned an Emmy for his work as an associate producer for a segment on ESPNews along with three other Ithaca College alumni.
By Andrew Roberts — Contributing Writer
Published: November 8, 2022

For many individuals wanting to break into the sports media realm, the dream is to work with the worldwide leader in sports and be recognized for their work. Josh Vorensky ’11 has already reached the pinnacle of the sports media mountain.

Before ESPN, Vorensky had internships with New Jersey Networks, MTV and NBC during the 2010 Winter Olympics. Now, he works as an associate producer and feature producer at ESPN, creating features for shows and programs. In 2020, Vorensky was a part of the production team that won an Emmy for Outstanding Sports News/Feature Anthology for the Sports Center (SC) Featured segment that aired on ESPNews. As a feature producer, Vorensky tells the story of athletes as part of the Sunday and Monday NFL Countdown broadcasts.

Contributing writer Andrew Roberts spoke with Vorensky about his experience at ESPN and his career as a producer.

Andrew Roberts: What are some of the things you always do before a production?

Josh Vorensky: Before production day, you always have to have a location and crew picked out; you need to know what your story is about and how that location kind of fits what your story’s going to be. Let’s say it’s a story about an artist. You’d want to be in some kind of art studio-esque place, so you’d want to nail down the location. You’d also want to nail down the crew; you want to know what kind of cameras, the specs of what you want to shoot. So there’s basically a checklist of what you want to have before each shoot. You need to have your crew picked out, your location picked out and if you’re doing an interview, your subject as well.

AR: How do you organize your production information?

JV: I have to write everything down. I learn better that way and that’s what I usually do. I do things on call sheets that keep everything organized, especially a shot sheet if it’s kind of a new crew. If it’s crews that I trust, I give general guidelines of what I want. As I’ve gotten older, I’ve kind of figured out the kind of shots I want. When you’re shooting these shots, you just shoot what you need but always keep in mind the sequence of what is necessary.

JV: I usually like to get started early depending on what the shoot is and when the subject is available. It’s usually somewhere north of an hour and a half for setup time and then whatever the interview is. … I started as a project-based production assistant where I was doing things like highlights, rundown and prompter. As I got more experienced, I was working on “Outside the Lines” and doing these things called wraps. When I got promoted, I worked at “Baseball Tonight,” SCEU, which is the SportsCenter Enhancement Unit, and did some writing. Now this is going to be my fifth or sixth season doing features for Sunday and Monday NFL Countdown.

AR: What kinds of classes and extracurriculars would you recommend for someone who wants to be a feature producer?

JV: I took some screenwriting classes. I would say learning how to craft stories and craft news elements is very important. Volunteering for “Newswatch” helps, I think that knowing how to edit helps, knowing how to shoot helps and pitching as many ideas as you can, things that are new and creative.

AR: What would you recommend for college students interested in production to do outside of classes and extracurriculars?

JV: Outside of the TV extracurriculars, I would say get yourself into other hobbies. I’m in an orchestra out of work. I like to run. I try to keep myself as well-rounded as possible. It’s nice to step away sometimes. If you find other clubs outside of TV, feel free to join. Personally, I was involved in Hillel during my time at Ithaca.

AR: If you could talk to your college self, what would you say to them?

JV: I would say to take a step back sometimes and not overload myself. I loved Ithaca [College]; I did find there was a lot of competitiveness, especially in the Park School. That was good; it made everybody better. I think the most important thing to know is to focus on yourself and how to make yourself better. Don’t look at what other people are doing. I found myself doing that a lot. … Create your own path. What I loved about Ithaca [College] is that even though I was involved in sports, I did way more than sports. I didn’t isolate myself into just doing sports. I think my first two years, I was way too concerned with what other people were doing. Once I just enjoyed what I was doing and charted a path for myself, it made everything a lot easier and more fun.