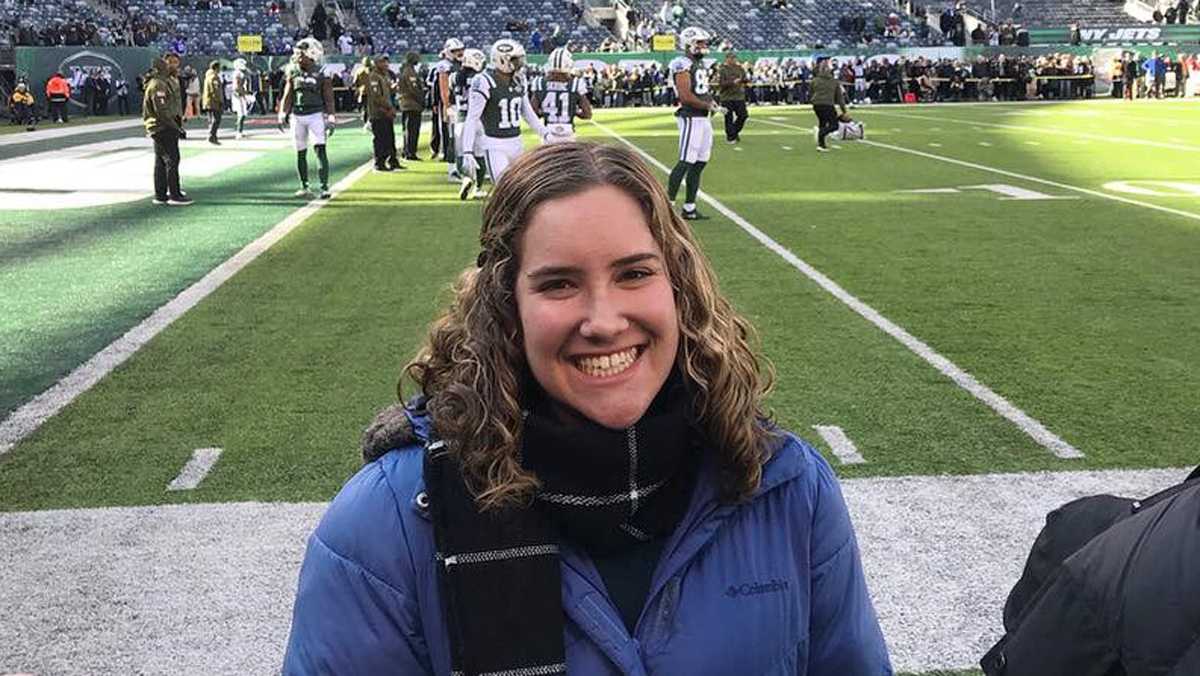 Ithaca College alum Danielle Allentuck ’19 said she has known she wanted to be a sports reporter since third grade and is now doing just that. The former sports editor for The Ithacan is currently working at The Daily Advertiser, a publication that covers local news in Lafayette, Louisiana.

While at the college, Allentuck worked at The Buffalo News, NBC Sports, NBC Olympics and the International University Sports Federation. She was awarded the Department of Journalism Faculty Award and won scholarships from New York Women in Communications and Associated Sports Press Editors.

She began her postgraduate career as a fellow at The New York Times from June 2019 through May 2020, where she covered both national and international sports. Allentuck wrote feature stories including some about Olympic swimmer Regan Smith, gymnast Simone Biles and a transgender hockey team.

Contributing writer Devan Adegbile spoke with Allentuck about her experiences at Ithaca College and her career as a sports reporter amid the COVID-19 pandemic.

Devan Adegbile: What led you to gravitate toward sports in the media?

Danielle Allentuck: On my local NBC channel in Washington, D.C., Lindsay Czarniak was the main sports anchor when I was growing up, and I loved her and thought it was so cool that you could watch sports for a living. … I come from a family that loves sports. We grew up watching games every night and spending [every weekend] on the couch, so it is what I’ve always known.

Devan Adegbile: What story in your career have you enjoyed the most or were the most passionate about covering?

Danielle Allentuck: In terms of my favorite story, I did this story in The New York Times about gymnasts who use honey to make their hands sticky so they can grip the parallel bars. I was watching the U.S. Gymnastics Championships and was watching them carry around honey and was genuinely curious to what was going on, so I asked around. They all had different honey that they liked and different routines about how they put the honey on their hands. It was super fun to report and get to talk to the athletes about that because they love to talk about stuff that is more fun and they don’t usually get to talk about. That type of story is what I like to cover, where you are behind the scenes and things that you wouldn’t know by watching an event on TV.

Devan Adegbile: You have covered some sensitive topics, like abuse. How would you suggest gaining the trust of the interviewee with such heavy topics?

Danielle Allentuck: It is very difficult. I am starting all over now and trying to regain that trust from people down here in Louisiana. For that story, I had started talking to people in October and November and had stayed in touch with them. You have to respect that what they are going through is extremely difficult, and you have to understand that you will never understand what they went through. In the case of that story, we presented it as we want to help you and want to get your story out there to make sure that this doesn’t happen to another group of people again. … It is a lot of being present, understanding and explaining what the bigger picture is here. If they do not want to share a detail, do not push them too far. You can always bring it up another time.

Devan Adegbile: In the article, “What I Learned as a New York Times Fellow,” you talk about how COVID-19 impacted you. Could you go into more detail about that?

Danielle Allentuck: I loved going into The New York Times building every day, and I loved the conversations that I had with my co-workers. When they told us we were going to be working from home, I was upset because I knew it was going to be very long-term. I lived in this very tiny New York City apartment with my sister. We only had one table and our rooms had no room for desks, so we both ended up going home to Maryland where our parents live and working from there, which worked out better. It really impacted work. You had to get really creative with the ideas you were coming up with. There was breaking news like every single hour of the day, and many things were being canceled and were moved. My fellowship ended at the end of May and there were no jobs. I didn’t get another job until September, so I spent so much of my time unemployed living at my parents’ house with no idea of when I was going to be able to work again. It hurt me, but it worked out, and I ended up getting a job and am very lucky. It was hard to go from having an awesome fellowship to having no job in sports and coming to the realization that you have to work hard to get to the next step.

Devan Adegbile: What advice would you give students to learn more about what they might want to do for a career?

Danielle Allentuck: The biggest thing is to just go out and gain experience. Just try everything and figure out what you like if you are not sure. Even once you figure out what you like, it’s OK to try other things for fun. … I would suggest getting a mentor and seeking out advice. … Ask for feedback. Asking for edits makes me a better journalist in the long run. Even if your story gets destroyed, it’s OK because think of how much better it will be the next time.