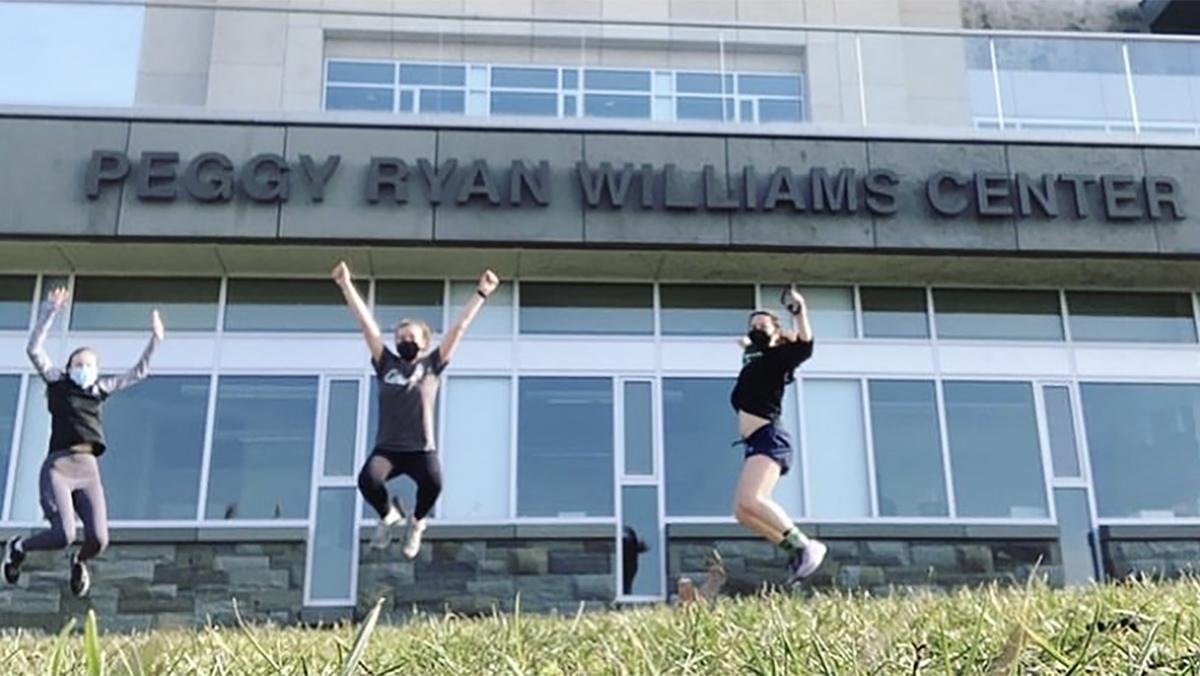 After several months of planning over the summer, the Ithaca College Running Club will be hosting a virtual meet against the Syracuse University Running Club.

Senior Laura Kenny, who serves as the college’s club’s workout coordinator, said the meet will consist of six running events: a 100-meter dash, a 200-meter dash, a 400-meter run, a 1,600-meter run, a 4×400 meter relay and a 5-kilometer race. Junior running club co-president Mark Gregory said the college’s club members will compete on the outdoor track at Butterfield Stadium, while Syracuse will compete on its campus. He also said the club plans to livestream the races on the club’s Instagram for people to watch.

Runners’ times will be recorded through Strava, a running app that Gregory said the club uses for its workouts. The app keeps track of runners’ times, elevation and mileage using a GPS. Syracuse will use a different type of GPS tracking for its results, but both will submit their data to each other to decide who will place first, second and third in the given event along with an overall team score.

Gregory said the app has helped the club stay connected throughout the entire pandemic.

“Strava is like the Facebook for runners where you can literally post your runs every single day,” he said. “You can make a club on Strava, so all of the people from Ithaca College Running Cub can see how much mileage the club has done … and little leaderboards. During the fall, we would post challenges and even fun things, like post a picture of you running in funny socks or run with a family member. We can keep it as casual or competitive as people want it to be, and that’s the main thing we tend to focus on.”

Gregory said the 5-kilometer race will be different from the other five events because it will include students who are not on campus this semester. Remote students can record their times on Strava and submit them as well.

Sophomore Hannah Wheeler serves as the secretary for the club despite completing the semester remotely. She said not being on campus has given her a unique perspective in preparing for the event.

“I think a really big component of races and 5ks are coming together and just having that team feeling,” Wheeler said. “[The club] is trying to cultivate that team feeling in a safe way. It’s one thing to just run a 5k, but it’s another to have people on the sideline cheering you on.”

The college’s club has been training for the virtual track meet with distance workouts. The club holds practice from students who are on campus six days a week. Gregory said members are not required to come every day but rather when they are able to. He also said the club has had a smooth transition into practices with COVID-19 guidelines because running is a naturally distant sport. In addition to running workouts, it hosts a Zoom yoga class each Wednesday, an event that started during the fall semester. The club also worked on team morale in the fall with Zoom game nights.

Kenny said she is most looking forward to seeing her time with the running club come full circle with the virtual track meet. She has been a member since her freshman year, but this is her first semester on the executive board.