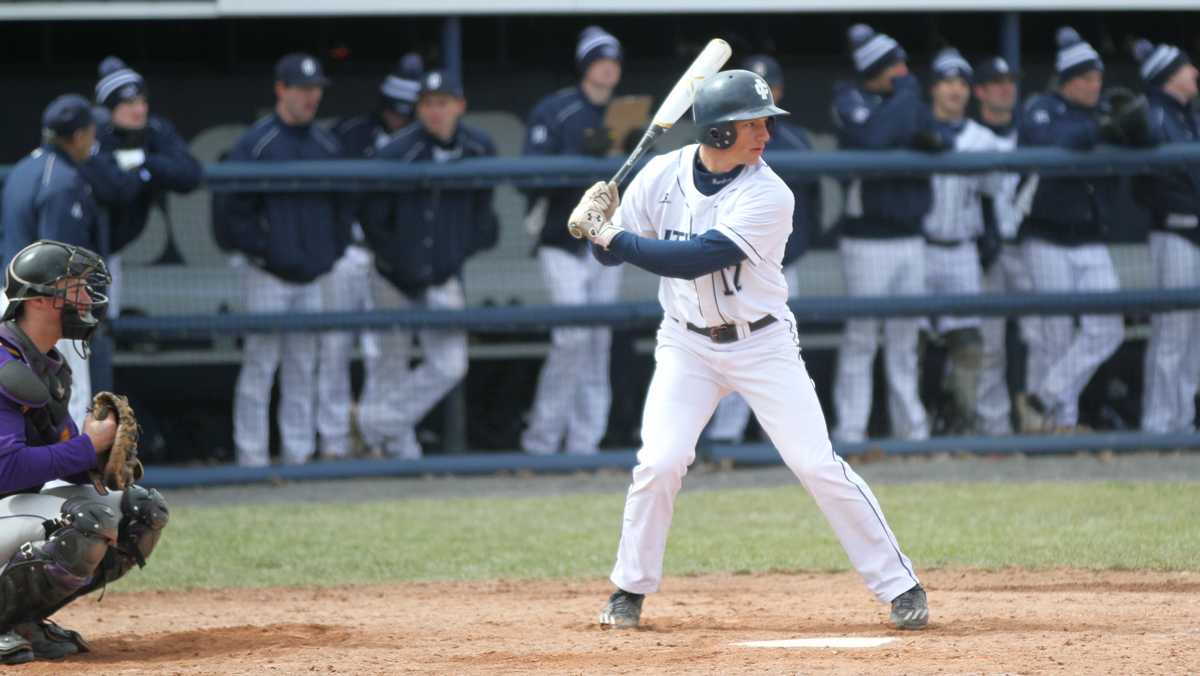 The Ithaca College baseball team is currently third in the Liberty League Conference with a 21–14 overall record. Senior left fielder Domenic Boresta is batting .313 on the season and leads the team with 11 stolen bases.

Assistant Sports Editor Dani Pluchinsky spoke with Boresta about his last four years as a Bomber, what he will miss most about the team and what makes this season’s team different from years past.

Dani Pluchinsky: What is the team’s mentality heading into the playoffs?

Domenic Boresta: This season has been really erratic with the weather. That’s really played a part on our season and our record — any team in this area is suffering in its own way. In terms of mentality, our coaches do a great job in terms of keeping things positive, keeping things on a need-to-know basis, and that helps our mentality as players trying to stay focused.

DP: What does the team have to do to make a successful run in the Empire 8 tournament?

DB: This year is different than other years because the number one team is a team that has not previously been number one. So we are likely going down to Hoboken, New Jersey, to play at Stevens Tech. It is the same four teams we would normally see, Houghton, Fisher, us and Stevens. The pitching has been one of the best in the conference, but we can’t win a game solely on pitching. We have to swing the bats, which have been very hot lately. That has been a great plus in winning a lot more games than we had been in the beginning of the season.

DP: Looking back on your four years, how much has playing baseball at IC meant to you?

DP: What was your proudest moment as a Bomber?

DB: My first recollection was freshman year when I got the game-winning hit on a walk-off against Stevens, and it was truly special because I was a low man on the totem pole. I was trying to barge my way into playing, and I ended up playing throughout the season, thankfully, but I worked hard to achieve something, and I have a nice memory of it.

DP: What will you miss most about the team?

DP: How is this team different from previous baseball teams you’ve played on here at the college?

DB: Playing on a freshman year team … the teammates are a completely different experience than playing on a senior year team where the teammates are all new every year and the teammates that go away that are above you — it’s a part of a natural turnover. When I was a freshman, we had a lot of players who had played in the World Series, which is really nice having that experience. Playing with the guys now as a senior — it’s a junior-heavy team, and those juniors are very cohesive, and it does create a nice chemistry and a nice dynamic between me and the other co-captain, who has been on the team since freshman year, as opposed to this younger, junior crowd that has worked its way up.

DP: What are your plans for when you graduate?