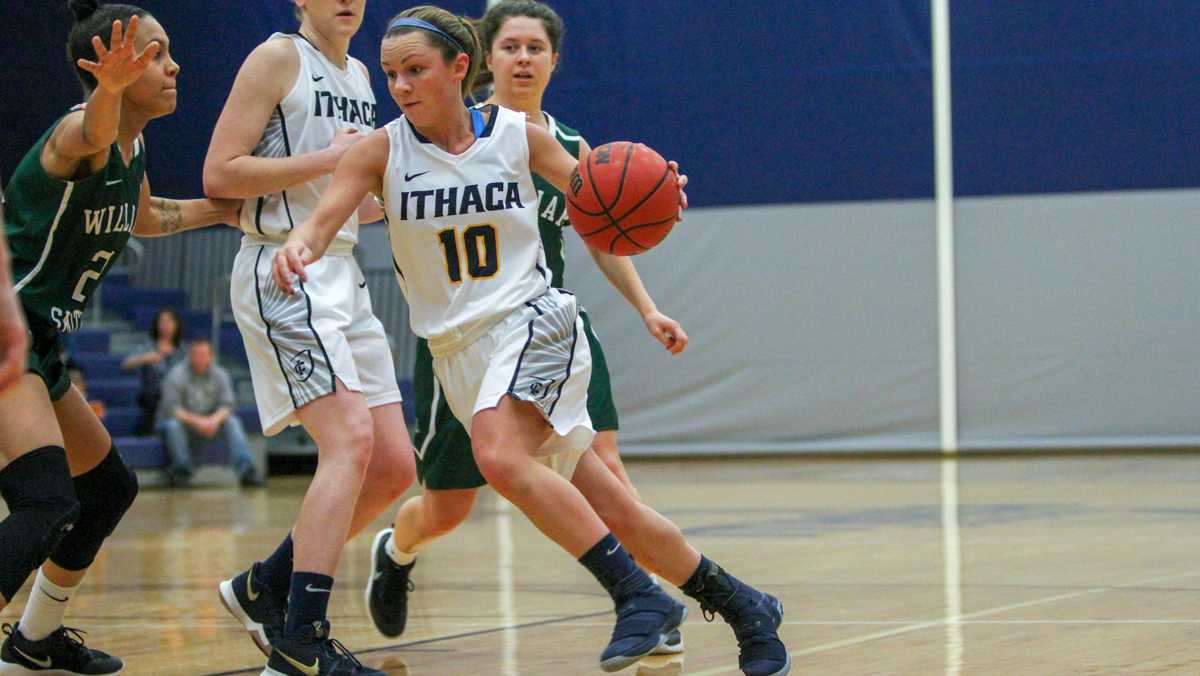 Senior guard Annie Giannone is preparing to play her fourth season for the Bombers after an impressive track record last year. Giannone totaled 155 points and had 88 assists last season and is hoping to cap off her collegiate career with a spot in the playoffs.

Sports Editor Dani Pluchinsky spoke with Giannone about what the team is doing well so far, what the team’s strengths are and how her style of play has improved throughout the years.

Dani Pluchinsky: Even though it’s early in the season, how is the team mentality right now?

Annie Giannone: I think it’s going really well. We lost a tough one to [the University of Texas at] Dallas, but I think that game showed our resilience. We really stuck in throughout the whole game. We’re focused on taking it one game at a time, one practice at a time, getting better each and every day, and I think we’ve really stuck to that.

DP: What is something you think the team has done well in the first couple of games?

AG: Our chemistry on the court; you could tell we’re still learning how to play with one another and mesh with each other, but I think our chemistry right now is really good. I think giving it our all each and every play. Each person, when they step on the court, you’re expected to give 110 percent, and I think we’ve done that.

DP: What is something you think the team can improve on moving forward?

AG: We’re still working on the little things. In our offense, we need to continue to run our offense more and have it go more smoothly, which I think comes with time. Our communication, we have to work on a little bit better on the defensive end, as well as the offensive end. But those are little things and adjustments that I think will come with time, it’s just those two games that we saw that we need to work on it more.

DP: How have you seen your style of play transform and improve throughout your four years?

AG: I think, coming into this program, what I liked was the fast style of play — the getting up and going. Coming into college is a whole different type of intensity, so I think I had to adjust to that when I first got here. I think I really meshed well with the way we push the ball and transition. Defensively, just getting after it, I had to adjust to that a bit more, but I think I did a pretty good job at that as well.

DP: What makes this specific team special compared to teams in the past?

AG: We have so much talent on this team. Each and every one of us brings something different, and it’s exciting to see that. In past years, we’ve had talent too, but this team is very, very talented. And I think we’re still continuing to learn how to play with one another and what each other’s strengths are. But I think once we really do get that, it’s going to be a very good year for us. Off the court, we all have different personalities, and each person brings so much to the team and it’s so exciting to see on and off the court.

DP: What are some strengths you think the team has compared to other teams?

AG: Our offense this year is very exciting. We’re only running one main offense, and we have so many looks out of that offense because of the talent we do have. Our chemistry is huge. The way we play together, a lot of us have played with each other now for two to three years, and I think, if you don’t have chemistry on a team, you aren’t getting anywhere, so I think that’s huge for us. I think everyone’s motivation to put the team first and have one goal in mind, which is making the NCAA Tournament and winning a national championship, so I think that’s huge to have on a team, the unselfishness.

DP: As a senior, what are you hoping to get out of this season?

AG: The relationships throughout these three and a half years have been the most important thing to me. Just continuing to build the relationships with my teammates and with my coaches is huge for me. Looking back on it, when the last buzzer rings, the basketball, yes it was huge and amazing to play, but the relationships are going to last a lifetime. And just having fun. I want to have fun this year, which I never not do, but knowing it’s one last go around is pretty sad — just having fun and making the most of it.