Senior runner sprints to the finish line of his career 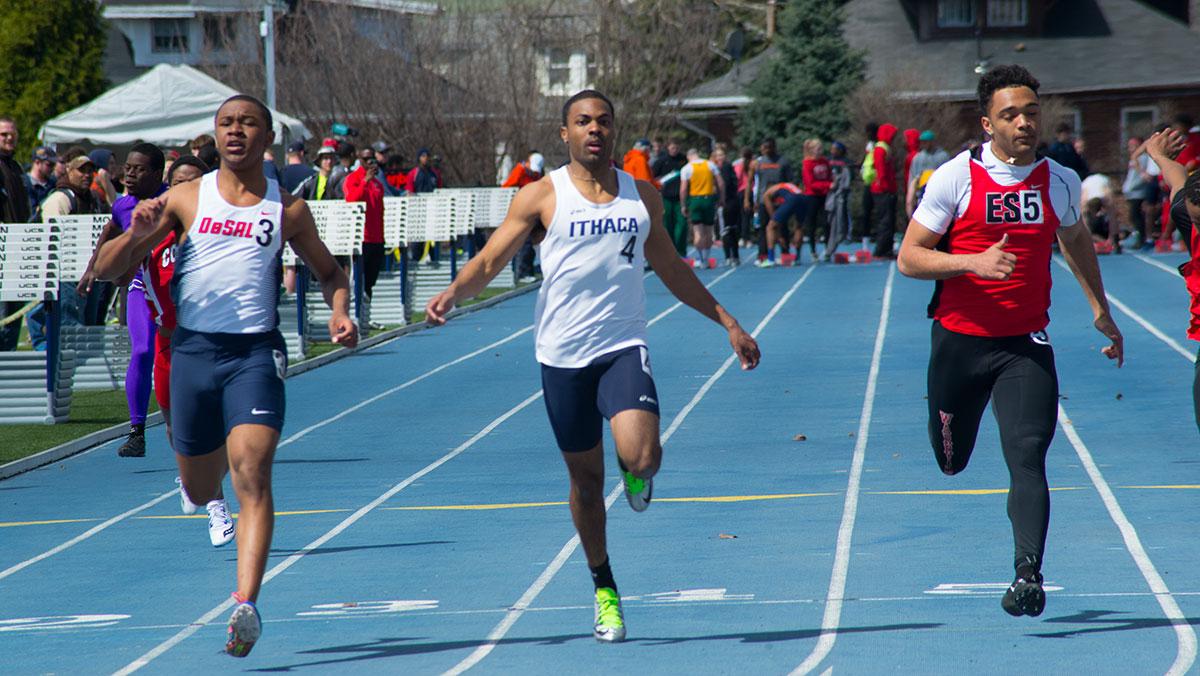 Senior sprinter Rashaad Barrett has overcome his share of injury and personal problems in his time on the men’s track and field team. He broke the 60-meter dash record at the Cornell Relays on Dec. 7, 2014, crossing the line with a time of 6.95 seconds, and has accumulated numerous Empire 8, Eastern Collegiate Athletic Conference and New York State Collegiate Track Conference awards over his four years.

Assistant Sports Editor Jonathan Beck spoke with Barrett regarding his motivation heading into the outdoor season, his role as co-captain of the team and his greatest accomplishments as a Bomber.

Jonathan Beck: What has motivated you this season as a senior?

Rashaad Barrett: It started off with just wanting to better my performances from last year. At the very end of the year in outdoor we won ECACs for the 4×100, so we were really pumped up about how well we can do this season if we continue to train and work hard. So throughout all of preseason, we were just motivating each other, really just pushing each other to the next level and telling each other how much our hard work would pay off in the long run if we just keep at it. Then, something happened during winter break. One of our key sprinters actually quit, he had other personal affairs he had to deal with so he wasn’t able to do track. Then we lost another couple of other key guys, too. So our team took a huge blow in terms of talent, so things weren’t really looking up for us at a certain point. But that in itself was another motivational factor. To do my best to make up for those losses and keep the confidence level of the other guys up. We may have lost some key people, but we still are a pretty strong team. We can still do really well as the season goes on. Honestly, just motivating each other and telling each other that if we work hard, good things will happen and things will work out in our favor.

JB: As a captain of the team, how do you think you have helped your team this season?

RB: I think it’s just the way I went about it. It was a huge blow to me personally because this one person in particular was a close friend of mine both at practice and outside of track, but knowing that I was the captain and that the younger guys especially were looking up to me, I didn’t want to drag myself around and have a down look on my face. Just telling myself that these guys look up to me so I have to put out the most positive image I can so that they can feed off of that. Whether I’m hurt or not or something’s bothering me, I can’t show it because these guys look up to me. I want all of them to know I’m there. I’ll do whatever it takes to make this team better. Just letting them know, I’m someone who they can look to if they need help or if they need someone to push them to do better in workouts, pushing aside my feelings for the better aspect of the team.

JB: You’ve had a great career here at the college, what do you think is your secret to success?

RB: I don’t necessarily think there is any secret to it. Each year, starting freshman year going on, I’ve just been telling myself, “Try to do better than the year before.” I haven’t changed anything, I’ve worked just as hard. It was just knowing all of that hard work would pay off so just keeping pushing through the workouts or the lifts and all that stuff and keep a positive mindset. Not every meet is going to go your way, not every race is going to go the way you want it to, so if you run a bad time or you’re feeling down about anything personal life, if things aren’t going well to just keep a level head about certain things and know that things will get better.

JB: If you had a chance to go back to freshman year, what is one word of advice you would give yourself?

RB: I would probably say, “Don’t let anything hold you down because there will be times where you’re down.” There was one point in my sophomore season when I did quit for a couple of weeks and at that point I was struggling with personal issues, I just walked away for a little bit. But if I were to go back I’d tell myself, “Keep your head held high, things will work out.”

JB: Over the last four years as a member of the team, what do you think is your greatest accomplishment?

RB: I think becoming captain to be quite honest because it’s not something I had in mind when I first started as a freshman. I didn’t think, “I can’t wait to be captain,” I just thought continue to work hard and do the things you do and it all just worked out. That’s one thing I always wanted to do was help people better themselves, so to be able to do that was definitely the best part of my career.