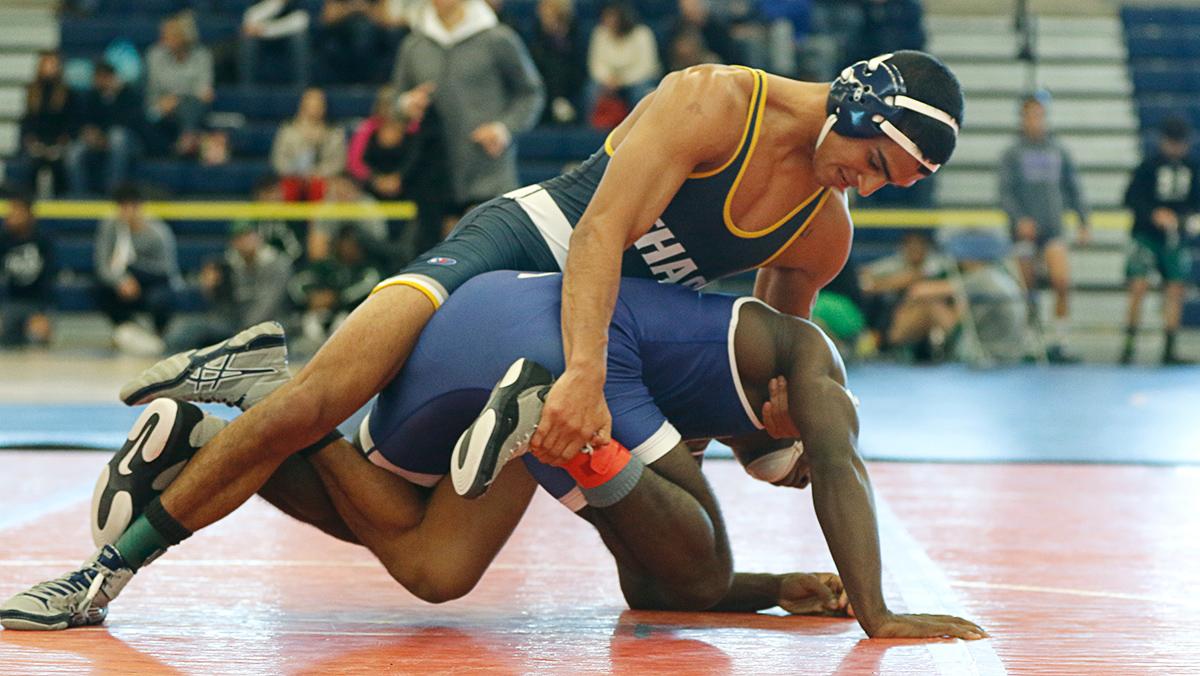 The No. 3 nationally ranked Ithaca College wrestling team raised the curtain on the 2016–17 season in grand style with its victory at the 33rd annual Ithaca Invitational on Nov. 4–5 in the Athletics & Events Center.

The Blue and Gold won the meet with a team score of 173.5. Johnson & Wales University finished in second place with a score of 161.5 and No. 5-ranked Stevens Institute of Technology came in third with a score of 152.0.

Head coach Marty Nichols said it was great to see each wrestler rise to the occasion.

“We got the technical falls, the major decisions, the extra pins and those things all add up,” Nichols said. “Obviously the guys in the finals did an awesome job. Overall, the guys did a good job, but we got a lot of work to do for sure.”

Kaishian said he was proud to have beaten such a talented wrestler like Jordan.

“Bobby is a really good wrestler,” Kaishian said. “I know he had forty-something wins last year. He’s a national qualifier and won our region. So any time I go against that competition, it’s big, especially that I was able to come out on top, it was big for me.”

Senior Nick Wahba followed suit when he took on Johnson & Wales’ Joseph Ferinde in the 141-pound championship bout. He collected the team’s second individual title of the day when he defeated Ferinde by a 4–3 decision.

The lone freshman who captured a weight-class crown was Sam Schneider in the 149-pound division. He trounced Johnson & Wales’ Malik Rasheed in the title match when he won by fall with 26 seconds left in the third period.

Junior Nick Velez provided the South Hill squad with its fourth individual championship at the meet. He earned the 165-pound title by a 10–5 decision over Stevens senior Colin Navickas.

Velez said he was pleased with his performance throughout the tournament, but also added that there is a lot more work that needs to be done moving forward.

“I feel like I stayed on my opponents when I kept going,” Velez said. “I didn’t let up. I didn’t give them a chance to come back. It was a good win, but this is just a stepping stone to March. The main goal is in March.”

The Blue and Gold’s next tournament is the Journeyman Collegiate Classic, which will be held at 9 a.m. Nov. 13 in Troy, New York.