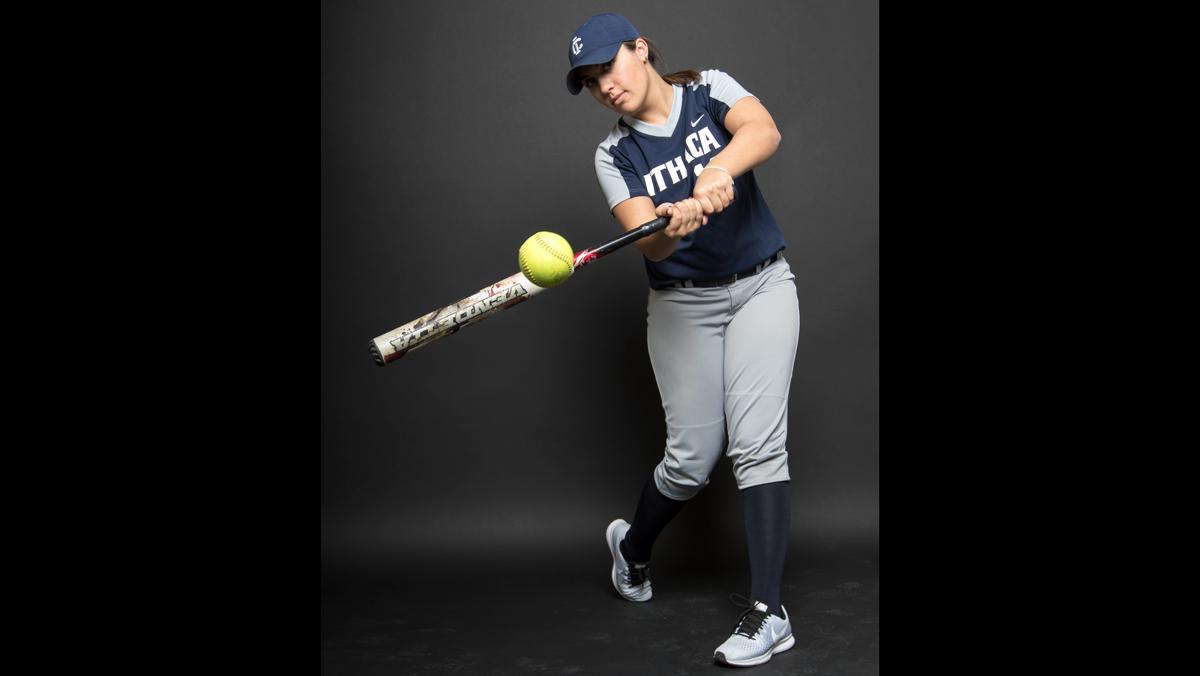 Coming off of a 33–12 record last year and an Empire 8 Conference regular-season championship, the Ithaca College softball team was unanimously picked to win the Liberty League Conference this season by the conference’s head coaches.

The Bombers have had 28 straight winning seasons under head coach Deb Pallozzi, including a national championship in 2002. They will look to continue their winning ways as they compete in the Liberty League for the first time.

“I will not do anything different to prepare for the Liberty League,” Pallozzi said. “I believe in preparing the team to play the game at our highest ability — then off of scouts I can prepare for particulars of each team.”

The National Fastpitch Coaches Association ranked them No. 20 in its preseason top 25.

The Bombers have been chosen as the favorite to win the Liberty League in the 2018 season by the preseason coaches poll. Following the South Hill squad in the conference rankings are Rensselaer Polytechnic Institute at No. 2 and the University of Rochester at No. 3.

The Blue and Gold will travel to Kissimmee, Florida, on March 11 for the Sunkissed Games to start the season during spring break. The Bombers will look to continue and improve on their success from last season.

The Bombers only graduated two seniors from the 2017 team and are bringing back the majority of its key players from last season, including all-Empire 8 Conference first-team selections senior outfielder Allie Colleran, junior pitcher Haley Congdon and junior utility player Alex Wright.

“The leadership has come from all other parts of the team though, too,” Cooney said. “All of the upperclassmen have stepped into the roles we needed to in order to lead us in the right direction to be a winning team.”

“At any time, anyone can step up and be a leader,” Colleran said. “Additionally, we have two returning captains from last year. Leadership also comes from the two other seniors as well as a supportive junior class who understands our system.”

The Bombers will need to replace outfielder Jessie Fleck ’17, who had a .409 average along with 45 hits. She was a captain last year and started 41 games for the Blue and Gold.

However, even with the loss of a key player, Pallozzi still has her team setting their goals high. She hopes to again be able to play past the conference tournament.

“Our overall goals never change,” Pallozzi said. “To win the conference and to advance in the NCAA postseason. This season, we are really concentrating on enjoying the process and finding successes in little things each day — take nothing for granted.”

Cooney said having a successful season will come down to the team’s attitude.

“The talent is there,” Cooney said. “Everyone has something great that they bring to this team. The only thing that would hold us back is ourselves. We need to remain focused, purposeful and trust each other. If all of those things fall into place, we will be unstoppable.”

After the Florida trip, the Blue and Gold will head home for a doubleheader with Utica College on Mar. 21.

Softball takes down Manhattanville in a doubleheader

Softball defeats RPI and Union College in a doubleheader