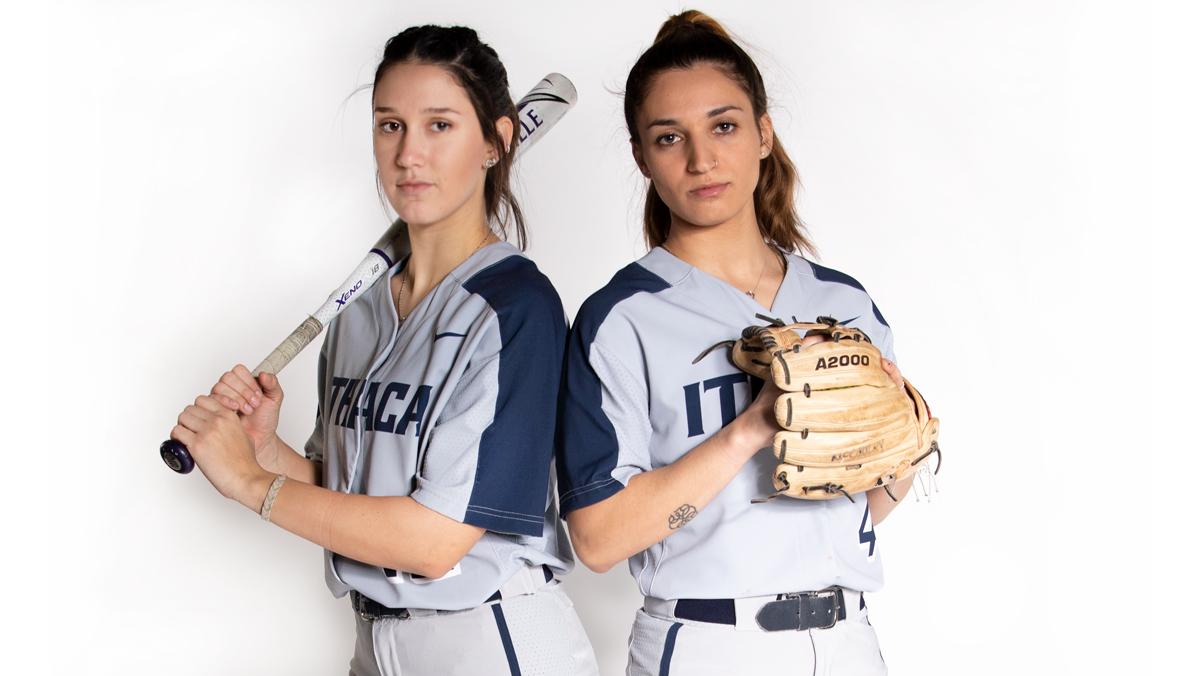 After finishing its season just two wins away from making the Division III College World Series in 2019, the Ithaca College softball team is aiming to go further in the postseason while adapting to coaching changes and a young starting lineup.

The Bombers compiled a 28–9–1 record in 2019 and won the Liberty League championship, but they came just short of their second straight College World Series berth after falling to Williams College in the NCAA Softball Super Regional.

The end of the season also marked the end of legendary coach Deb Pallozzi’s time in Ithaca, who announced her retirement after 31 seasons as the head coach. Since 1989, Pallozzi compiled an 886–412–2 record, as well as an NCAA Division III Championship in 2002 and 30 consecutive winning seasons.

In June, Ithaca College introduced Hannah Shalett Quintana ’07 as the next head coach for the team. Quintana was a player under Pallozzi and was one of the most successful softball players in program history. During her four years at the college, she compiled four all-region and all-conference seasons. She ranks in the top 10 all-time for the college in single–season runs scored with 46, career runs scored with 107 and runs batted in with 102. She was also a part of the 40-win Bomber team in 2006 that holds the record for wins in a season in program history.

“I feel like this was my dream job since I was 18,” she said. Quintana also served as an assistant coach for Pallozzi as well as the head coach at Liberty League rival Skidmore College before accepting the head coach position here at Ithaca College.

Junior outfielder Gabby Laccona, who was named to the All-Liberty League First Team as a freshman and sophomore and was a member of the 2018 College World Series team, said she thinks the team will greatly benefit under the new head coach this year.

“Coach Pallozzi was a phenomenal coach,” Laccona said. “But for now in this time in history, I think change is what we needed.”

The Bombers have won the Liberty League tournament every year since joining the conference in 2018. They will likely have to continue this trend if they want to make it back to the College World Series.

Quintana said that for her it is not about what happened last year or what could happen this year but rather about living in the moment and leaving everything they have on the field.

“I don’t think we talk about winning as much as just the way we go about our business and being as competitive every day as possible,” Quintana said. “I think that when you focus on that and make a lot of process goals, then the outcome will take care of itself.”

Sophomore outfielder Daniella Mulvey said she feels the team is not living in the past but rather pushing forward to get where it wanted to be last year.

“We’re very headstrong in the fact that we’re thinking forward, and we’re not looking back,” Mulvey said. “Yeah, that loss was very disappointing last year. We all wanted to go [to the College World Series], but we don’t dwell on it.”

Quintana has a very positive attitude about the quality of the team. However, she said one weak spot might be the lack of on-field experience. The freshman class brought in seven new players, making it the largest class on the team, and none of them has experienced playing in a college game yet.

In addition, this year’s seniors are finally getting their chance to shine after sitting behind a very talented Class of 2019 in the last few seasons. While some had roles in previous teams, a few have yet to get their chance to consistently play.

“A lot of the players are going to be in positions that they weren’t in last year, and they just need to gain game experience,” Quintana said. “Some of [the seniors] haven’t gotten the on-field experience that I think their talent warrants.”

Quintana said she thinks the returning players are doing a great job of welcoming this year’s freshmen and teaching them the traditions of the team. She said it has not been something the coaches have needed to worry about, a benefit that makes their jobs a lot easier.

“The best way to lead the freshman is to lead by example,” Laccona said. “We as players have taken on that role to show them the ropes and show them what this program means to all of us.”

Mulvey and Laccona said they know the ultimate goal this spring is to make it to the end and win the national championship. Regardless of how the season pans out, Mulvey said she knows there will not be any regrets from any of the players.

“We are going to go all out, and everything is going to be left on the field,” Mulvey said. “I think at the end of the day, no matter where we make it, we’re going to know that we put in everything we had.”

There are still 11 players left on the team who placed third in the College World Series two years ago, and Laccona said she wants to get back. She said she feels that the combination of coming so close to the championship in 2018 and falling just short in 2019 is going to get them over the hump this season.

“We are definitely hungry, and we’re motivated to make it back and prove that we belong there,” Laccona said.