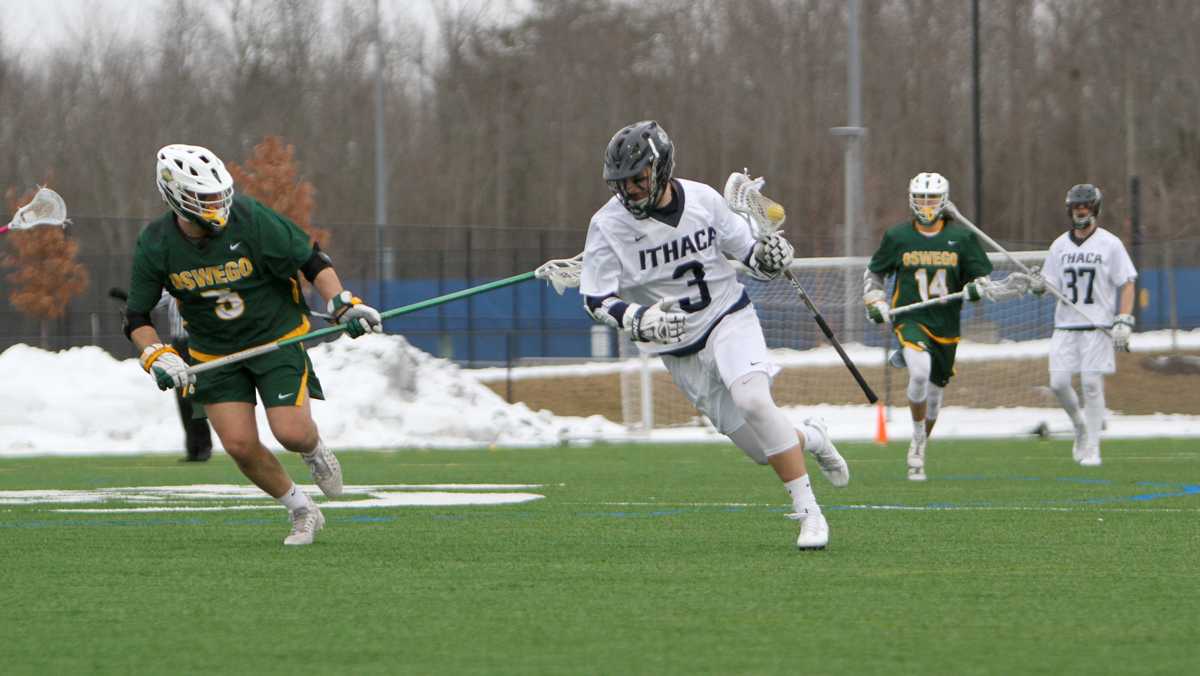 Ozsvath committed to Stony Brook at the end of his freshman year of high school. Besides Stony Brook, he was considering other Division I schools such as Boston University and Dartmouth University. He said that the recruiting process was hectic and that he chose Stony Brook because his family had attended school there. However, he said that when he was at Stony Brook, he knew it was not the experience he wanted.

“As soon as I got there, I can actually remember many times, even in the first few weeks, thinking I made a mistake,” Ozsvath said. “I knew I was just very unhappy and lacrosse for me at this place wasn’t fun for me. I really felt like I was losing the love for the game I had by playing there, and I had to make a change because it really wasn’t the right fit for me.”

When choosing where to transfer, Bombers junior defender Sean Seaberg played a large role in recruiting Ozsvath to attend Ithaca College. Seaberg said he had a similar experience at Stony Brook that made him want to help Ozsvath.

“At Stony Brook, lacrosse was more like a job than a sport,” Seaberg said. “Ithaca had a good team with beautiful athletic facilities, and Coach Long really made me feel wanted as a player. I told him that at Ithaca, we have a good team that actually has a chance at winning a championship, something else we never had at Stony Brook.”

Ozsvath said Seaberg helped show him how great of a school Ithaca College was for academics and lacrosse.

“I knew I wanted to look at top–level DIII programs after leaving Stony Brook, and Ithaca was always my go–to choice,” Ozsvath said. “After all of the very positive things he had to say about this program, I knew this was definitely the place I wanted to be and play.”

Ozsvath was a standout player in high school, as he was a four-year varsity starter for Half Hollow Hills West high school and was named captain of the team as a senior. In each of his last two years, he earned All-League and All-County selection.

By the end of his high school career, he amassed a total of 131 goals and 37 assists. He ranked third in his county for goals and seventh in points as a senior.

As a part of the 2015 USA Brogden Cup, Ozsvath competed in a three-day tournament against Canada. During the first game, he helped lead Team USA to a 15–12 win with five goals.

Ozsvath said playing for Team USA is a memorable experience.

“The Brogden Cup will always be one of my favorite highlights and favorite moments of my lacrosse career,” Ozsvath said. “Being chosen to play for USA and being able to put on that USA jersey and really play for something more is an experience that I will never forget.”

Ozsvath has made his presence felt since joining the men’s lacrosse team. He is currently the Blue and Gold’s leading scorer with 19 goals and has helped propel the Bombers to a 6‒1 overall record.

Jeff Long, men’s lacrosse head coach, said Ozsvath will continue to help the program for the rest of his career at the college.

“Ryan has had a very positive impact on this team on and off the field,” Long said. “He is a very positive and pleasant young man with tremendous lacrosse IQ and ability.”

Senior attack Jake Cotton said Ozsvath is a huge help to the program.

“He’s been a great goal scorer for our team so far this year,” Cotton said. “He has come into a large role in our offense, and I think he will only keep getting better.”

Ozsvath said he has enjoyed playing for the college so far and is looking forward to his future as a member of the South Hill squad.

“Playing for this team has been an amazing experience so far,” Ozsvath said. “Ever since making the change to Ithaca, lacrosse has become very enjoyable to me again and doesn’t seem like a task. This is the most fun I have had playing lacrosse in a while, and I can’t wait to play with these guys all season.”