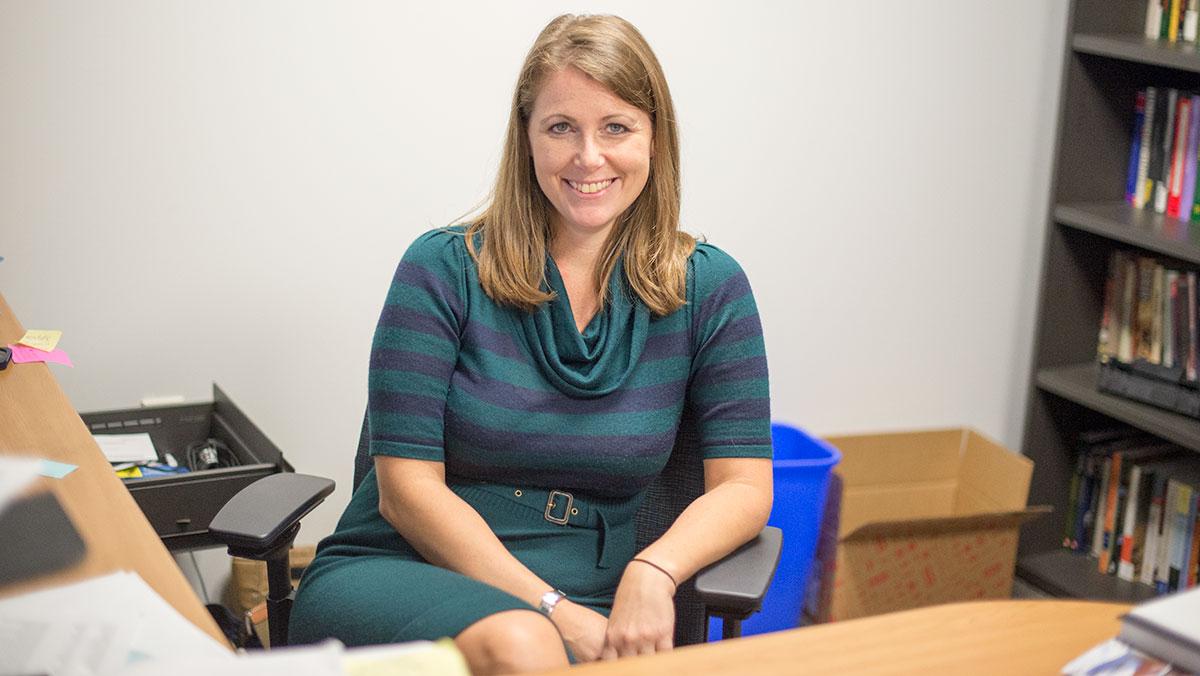 From Sept. 22–25, Heather Dichter, assistant professor in the Department of Sport Management and Media, traveled to Doha, Qatar, for an academic conference for the International Society for the History of Physical Education and Sport to present a research paper on the history of bribing in the Olympics and the International Olympic Committee.

In 2022, Qatar is poised to become the first Arab country to host the FIFA World Cup. However, the temperature — which can reach about 120 degrees Fahrenheit in the summer — as well as bribing allegations between Qatar and FIFA have led members of FIFA’s executive committee to re-evaluate their decision to allow Qatar to host.

Sports Editor Miles Surrey sat down with Dichter to discuss her research paper at the conference, the similarities between the Olympic and World Cup briberies and whether Qatar is an appropriate country to host a World Cup.

Miles Surrey: What were you presenting at the conference?

Heather Dichter: I was presenting a paper on an earlier history of Olympic bribery. We mostly think about bribery with the Salt Lake City bidding scandal, for the Salt Lake [Winter Olympic Games] in 2002. It broke in late 1999 that they had done lots of shady tactics to win the vote to host the Games. In the course of my research for the bidding of the 1968 Olympics, I realized in the early ’60s that big committees were doing these same things, but being very open about it. It was being written in newspapers that they went and visited all these IOC members and were traveling to these big, elaborate presentations, right before the IOC would vote. It was kind of more of a thought paper, that as scholars, we should really rethink, how early did these issues of bribery really begin? How engrained are they in the Olympic movement?

MS: How did you conduct your research?

HD: In the course of my research with newspaper sources, as well as documents from the different organizing committees and government records, [bribery] was very clear … I noticed this as an idea and thought ‘Oh, this would be really great,’ as kind of a side paper because I didn’t have to seek out and do new research. But it was very clear that it showed up. A lot of my material was from the Lake Placid News, since Lake Placid was bidding for the Winter Games, but then there was a lot of material I found in Detroit’s newspapers and the bid committee documents that I saw during a research trip in Michigan earlier this summer.

MS: Do you see any correlations between the Olympic and World Cup bribery history?

HD: Absolutely. You have a lot of the same individuals who are pulling double duty. [FIFA President] Sepp Blatter is a member of the IOC as a representative of the international federations that [FIFA] have … You have a lot of people that are doing double duty in a way, or somebody who is an IOC member who is also part of FIFA or has been involved with them.  All of those leaders in international sport really are connected and interconnected.

MS: Is this a trend that can branch out to smaller international sporting organizations?

HD: The focus is on FIFA, because it’s the one that makes the most money. It is the event that people watch. The men’s World Cup is the single biggest single-sport event. The Olympics are a multi-sport event, but the whole world watches the men’s FIFA World Cup. And they have the money. You’re going to see a lot less potential for bribery with international federations that aren’t really bringing in the television contracts or don’t have the same level of sponsorship revenue and don’t have the participation levels.

MS: Do you believe Qatar is a country that can be ready to host a World Cup?

HD: Yes. They have so much money that they’re willing to put into sport, and they can build facilities and organize a World Cup. I don’t doubt that from an organizational standpoint. But from a logistical standpoint, it makes it hard to understand how they’re really going to get people moving from one place to another. Dealing with the heat, not just for the players, but really from a spectator standpoint … they air condition things so heavily, but you can’t really do that for a stadium for 40,000 people in the venue. I have a hard time seeing how it will really happen, once you get all of the people there.