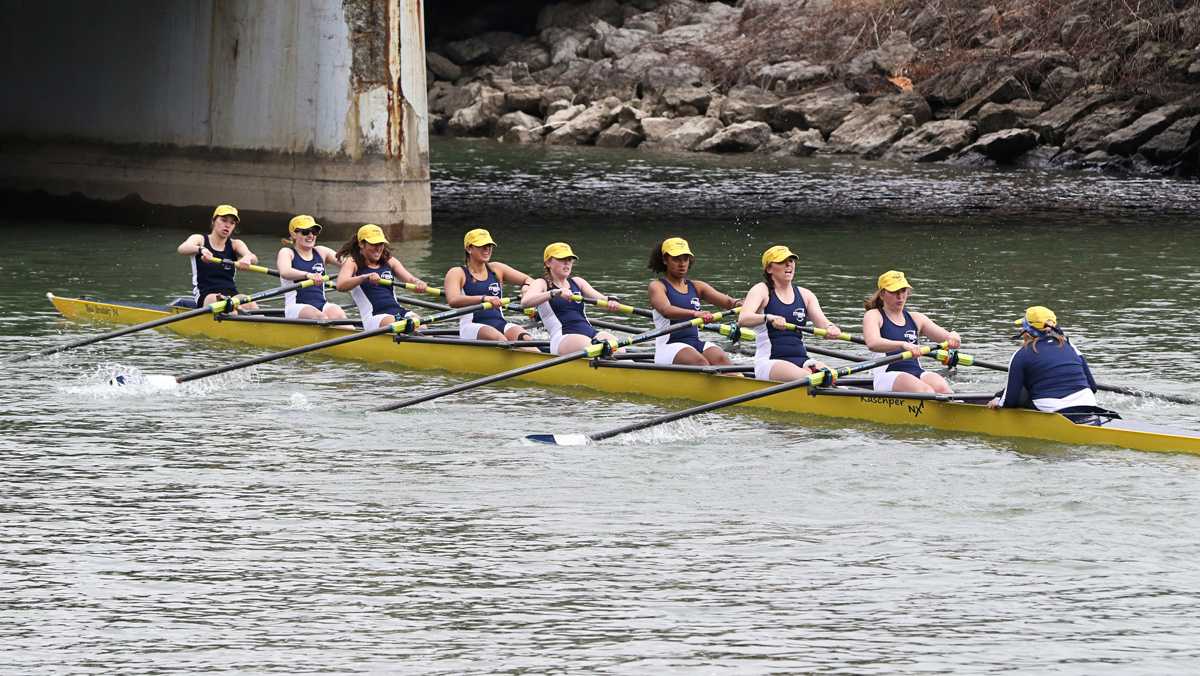 Stamer, who participated in soccer, basketball and track during his high school career, joined the novice rowing team and eventually worked up to the second Varsity 8 boat in his first season. He has since been named a team captain and rows for the Bombers top Varsity 8 boat, along with being named as a member of the All-Liberty League Men’s Rowing Team. 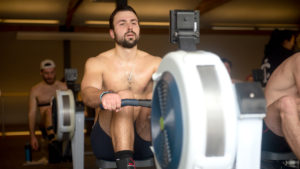 Men’s crew captain Eric Stamer joined the team as a novice during his freshman year after playing sports throughout high school.

Dan Robinson said that when he first started coaching, his athletes were typically all beginners, but with the recent growth of the sport in high schools, along with more competition from club sports and other extracurricular activities, the novice numbers have shrunk and the recruited numbers have increased. The women’s rowing team currently has 13 novice rowers, while the men’s team only has 3. Dan Robinson said the numbers for both programs are down this year, with the men’s total being the lowest in program history.

Though recruiting has become more common in Division III rowing, Becky Robinson said that it would be impossible to fill their rosters with all recruited members because there are not enough high school rowers left after the Division I programs have offered scholarships. She said that because of this, having novice rowers allows the teams to compete and develop new athletes for the sport.

Dan Robinson said that while other sports at the college will recruit athletes who have sport-specific skills that make them elite, rowing is different. If a rower has enough athletic ability and a strong work ethic, they can become successful easily.

“There is not another varsity sport at the college where you can be a beginner,” Dan Robinson said. “Rowing has maintained its tradition as a collegiate sport, and some of our best rowers we have had started rowing at Ithaca. A good athlete is going to have a big impact.”

Dan Robinson said that while the focus has slightly shifted from developing novice athletes to recruiting rowers, he still thinks there is a lot of value in developing novices because he thinks athletes should be able to try a new sport without feeling like they are way behind their peers.

“Rowing is a sport where they are expected to practice every day, and if they work hard every day, they can learn it,” Dan Robinson said. “Most competitive sports people get hesitant to start when their older, and we’re trying to break that. If they’re good athletes, they can figure it out.”

Becky Robinson said the crew program at the college has an advantage over the other colleges in its region because it has a larger pool of students to choose from. The Bombers have the fourth largest enrollment in the Liberty League, and Robinson said this gives them a higher probability of getting a star novice rower.

“One of the strengths we have over our competitors is the size of our student body,” Becky Robinson said. “In the Liberty League, we are one of the larger schools, so to be able to take athletes out of the general population and teach them how to be rowing athletes is a key point to our success.”

Because of this, Becky Robinson said that it is vital for the coaches to develop the talent that comes to them. Though most varsity sports at the college consist of athletes who have done specialized training for their sport — or at least had participated in them for a significant amount of time — Becky Robinson said that rowing relies more on work ethic and athletic ability than experience.

“There are a lot of good athletes who never had the opportunity to row in high school,” Becky Robinson said. “Rowing is something you can learn in the period of a year, which is something you cannot say about most sports. It may take a lifetime to perfect it, but you can get pretty good in a years time, which means that an athlete, or even a nonathlete who is adept, can learn the sport and become really successful about it.”

Stamer said his prior experience with high-intensity sports helped ease his transition into the rigorous endurance training in collegiate rowing and allowed him to focus on perfecting his form.

“My conditioning and endurance were my strength when I started due to playing three high-endurance sports in high school,” Stamer said. “Since I had a baseline in endurance, I was able to focus on the technical aspects of rowing. I think that helped to drop my times a little bit and helped me eventually move into the second Varsity 8 boat that season.”

Stamer said rowing was perfect for him because he was not at the collegiate level for the sports he played at high school, so being able to pick up a sport in college as a novice suited him well. 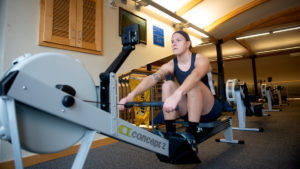 Graduate student Savannah Brija came to the college to play soccer but joined the novice crew team during the spring season.

“I wasn’t at that level in my other sports in high school to play in college, so rowing gave me a way to be a part of a team and a culture,” Stamer said. “You don’t have to have a background in it, you’re with other guys who don’t know how to row, and seeing the progression throughout the years is a fun process.”

Freshman Jared Anderson was a two-sport athlete in high school but never envisioned himself as a college athlete. He said he saw the flyers for the rowing team and thought it looked interesting. After attending a few meetings and taking an introductory class on how to row, he realized he enjoyed it.

Graduate student Savannah Brija originally attended the college to play on the women’s soccer team but joined the crew program after the soccer season ended. During her novice year, she finished in second at the National Invitational Rowing Championship Novice Division, and she has been on the women’s top Varsity 8 boat since her sophomore year. She said her novice year allowed her to be a member of a varsity program but also have an introduction to the sport with people her age.

“For me, novice year set up a foundation of the sport while providing a lower stress training space for newcomers,” Brija said. “It is still competitive, but because everyone on the team is learning the sport together, it is less stressful than the varsity level. Novice year was really a time to bond with the rest of my class because we were all going through this unique experience together.”

Freshman Laura Trainor said that her experience on the novice team has led her to make some of her best friends at the college and that she has developed a bond with them because of their mutual goal to improve.

“My favorite moment since I joined has been getting to meet my closest friends and competing with them every weekend,” Trainor said. “You learn to trust your teammates more when you all have the same goal.”

Becky Robinson said that even though several of her rowers did not start the sport until college, they have developed into rowers who could have been on some of the top teams in the country.

“There are several athletes on our team who, if they had rowed in high school, would have gotten Division I scholarships,” Becky Robinson said. “But they didn’t, and we taught them how to row and row well here, and they are really contributing to our boats.”