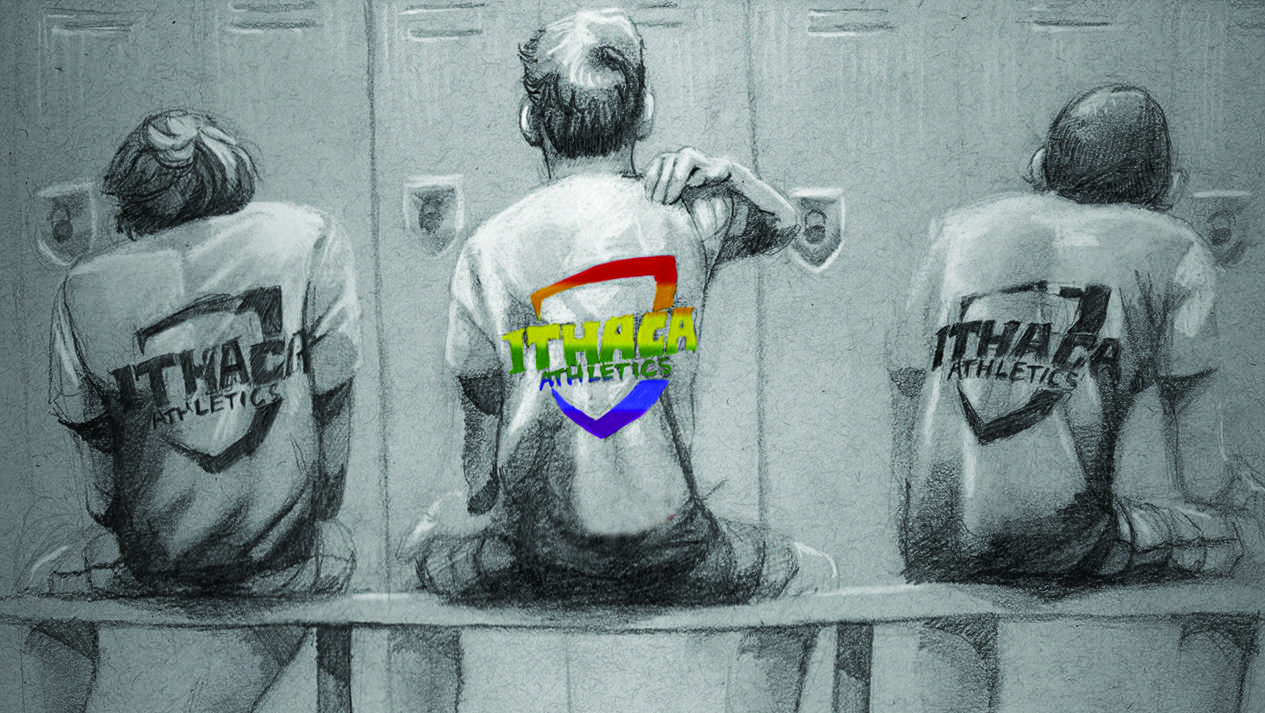 On April 6, students were invited to a town hall event held by members of Athlete Ally, a group devoted to ending homophobia and transphobia on college campuses. At the event, which took place in Klingenstein Lounge, students could publicly share their experiences about being a member of the lesbian, gay, bisexual and transgender community in sports.

The Ithaca College Center for LGBT Education, Outreach and Services, sponsored the event. Luca Maurer, director of the center, said he was very impressed with the panel and thought the event went well.

“I’m all about supporting the students in whatever they want and need,” Maurer said. “We have so many people with so much to share and so much to offer.”

The basement of the Hammond Health Center houses the college’s LGBT Center. Here, if they wish to, students can speak to Maurer about events going on in their lives, whether positive or negative. Maurer said he lets students know he is there for assistance whenever they need it.

“Anytime anybody experiences something negative, I want to know about it,” he said.

The panel discussion was led by senior Chris Kelley, a former member of the men’s rowing team. He told a powerful story of his coming-out at a party his freshman year in 2012, in which a girl asked him if he was gay and he said yes, despite having never come out to anyone before.

He wrote an article this past summer for Outsports Magazine, which is a national online publication for gay athletes, about how he has worked to change the way gay athletes are treated and accepted.

Kelley said if he had to go through the same experience again, he would want an ally to support him.

“I think I would have loved myself much earlier if I had an ally in the process,” Kelley said.

Elijahda Warner, a junior who was also a member of the panel, played rugby at the college as well as football before coming to college. He said he was called inappropriate names because of his sexuality. He said people would come up to him and see him as a gay black man rather than as a person. They would ask for advice about what women like.

“I’m more than just the gay black kid on the rugby team,” he said.

Another panelist, Colby D’Onofrio, a sophomore and member of the women’s rowing team, said she had a very positive experience both coming to the college and in the San Francisco area, where she is from. She said she believes sexuality is fluid and is always changing.

“If I had relations with another girl, people might ask me, ‘Are you bi, are you gay, are you lesbian?’ But if I was like, ‘Oh, I don’t know, I’m just doing my thing. I’m exploring, looking or whatever,’ it was like, ‘OK, cool,’” D’Onofrio said.

Freshman Devin Mott is a member of men’s crew. He said he believes in good sportsmanship and not bringing people’s personal lives into the sport and using it as a means to insult them.

At the end of the panel, Kelley said although the college has made great strides, there is still work to be done.