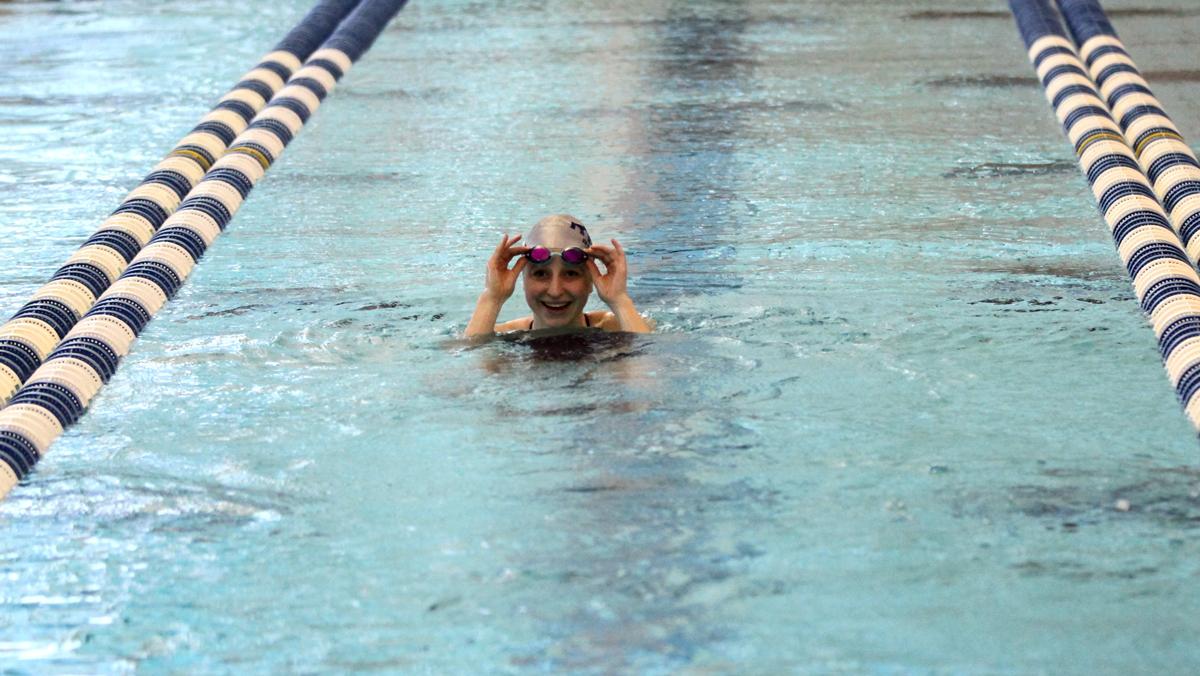 The Ithaca College women’s swimming and diving team has flourished during the 2018–19 season and has a 7–1 record to show for it. The team’s only loss has been to its conference rival, Rensselaer Polytechnic Institute (RPI), the defending Liberty League champions. This year’s championships are a chance for the Bombers to claim their first Liberty League title, and the Engineers will prove to be their most formidable opponent.

Junior Kaitlyn Scott is a three-year veteran of the Bombers who has competed in the breaststroke, freestyle, butterfly and individual medley during her collegiate career. She has scored points consistently for the team this season and will attempt to continue that trend at the Liberty League Championships. She won the 200-yard butterfly against Alfred University on Jan. 26 and contributed a second-place finish against Union College on Feb. 2.

Sports Editor Jack Murray spoke with Scott about how the team is preparing for the Liberty League Championships and how the team, and herself, have evolved throughout her athletic career.

Jack Murray: How has the team improved since the beginning of the year?

Kaitlyn Scott: Our motivation and our attitude toward our training has improved. After our training trip, it’s a tough month to be back here and swimming, but we are all positive, and that definitely helps. If you’re negative, it brings everyone down. I think, in that aspect, we have definitely improved.

JM: How do you believe your team will improve upon last year’s performance at the Liberty League Championships?

KS: I think we are more motivated this year because we know we can beat RPI. They are our biggest competitor. We are going in united — we know that we are working as a team. We have had a lot of meetings talking about how, while we are swimming individually, everything we do is as a team, so we are going in with the mindset that we are doing it for the team.


JM: How has the team’s rivalry with RPI blossomed?

JM: How has the transition been from being a freshman to now?

KS: I think I’m definitely hitting my groove in terms of training. It is different coming to a college sport, but this year I am not afraid to push myself anymore. It’s really cool being an upperclassman and helping the underclassmen transition into it and letting them know that it gets easier. It is definitely a tough transition during freshman year, but it gets easier.

JM: What is a team goal for the Liberty League Championships?

KS: I think we need to have a positive attitude — to not be disappointed with anything. We need to go out there and do our best, and cheer everyone on and be happy. Honestly, no matter what happens, we just need to be happy with the outcome and happy that we’ve worked hard to get here.

JM: Personally, what are you hoping to gain from the meet?

KS: I hope to make top eight in one of my events. If not, making top 16 would also be good. I’m just hoping to do my best and let all of the training go to work.

JM: Is it starting to set in that you will be a senior next year?

KS: Honestly it just has — we were talking about it the other day. The team dynamic is going to be so different next year, but it’s exciting because now we get to be the leaders on the team. It’s really cool to think about that and think about how we are going to have more of a role like that. It’s exciting.

JM: How has head coach Paula Miller prepared you the entire year?

KS: She is constantly reminding us that we need to work hard, have a good attitude and just stay united as a team. It’s honestly the biggest thing they remind us — we are a family, we are a team. Everything we do, we do it together.

JM: Is there anyone you think might make a splash in the Liberty League Championships?

JM: If you were to characterize this year’s team in one word, what would it be?

KS: I would say that we are a family. This year we have really united, and for me, this is the first year where we really feel that family aspect. We talk about it, but it’s hard to actually be like that. We have problems, but we deal with it. We train together and spend so much time together, so we really have grown together. I think that is the most important part.

JM: How does it feel to have the Liberty League Championships at home?

KS: It’s really nice because we are comfortable here, and it’s our own pool. We don’t have to travel anywhere, so we are not staying over at hotels. It’s cool because we are hosting it and can say, “This is our pool.” Everyone’s coming to our pool and it feels good.

JM: What has the swimming and diving program meant to you in your college experience?

KS: It’s really helped me become a more dedicated student. Obviously, it’s a huge time commitment, but I’ve learned to budget my time. Also, I met so many amazing people through it, and I’m really glad I did stay with swimming. I met some of my closest friends and it’s really fun to be a part of that kind of atmosphere.