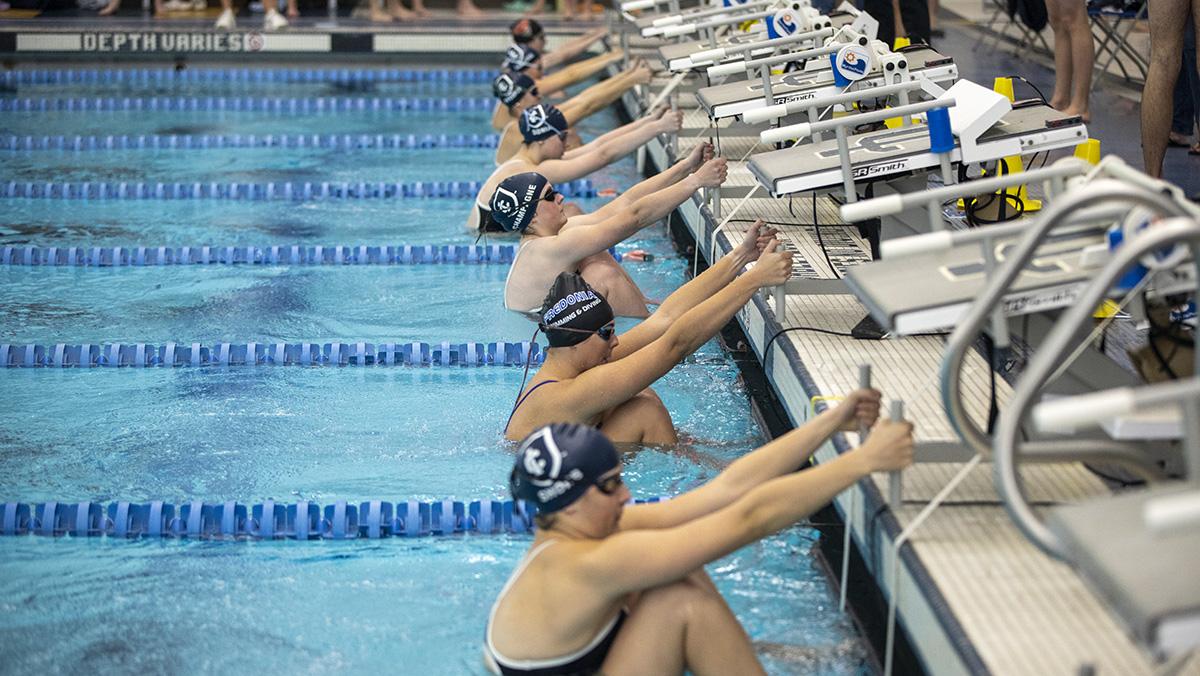 The Ithaca College men’s and women’s swimming and diving teams kicked off their season Oct. 15 in dominant fashion, beating all three schools that visited.

The Bombers hosted SUNY Fredonia, William Smith College and Buffalo State College for the meet, with both the men’s and women’s teams far out-swimming their opponents the whole day.

The Bombers were dominant right from the start, earning the top four spots in the first event of the day, the women’s 200-yard medley relay. The team of first-year student Sonia Mlakar, sophomore Abby Ignagni and seniors Emily VanderSleen and Jane Pfeufer took the top spot by eight seconds, 11 seconds faster than the first non-Bomber lineup.

The men’s squad followed that up with a similarly dominant performance in the same event, taking the top four spots, with the first place team beating the fastest opponent by 11 seconds.

Throughout the course of the day, Bomber swimmers earned the top spot in nearly every single event, and earned a spot on the podium in every competition. The Bombers were beaten in just four events: men’s 1- and 3-meter diving and women’s 50-yard butterfly and 100-yard freestyle.

In the women’s 50-meter butterfly, easily the closest race of the day, senior Lauren Brady missed the top spot by 0.09 seconds. The top three racers finished within half a second of each other, while the top eight all finished within one second.

With plenty of competition left in the season, the Bombers get a bit of a break before they welcome in Rensselaer Polytechnic Institute on Oct. 29 at 2 p.m. Both the men’s and women’s swimming and diving teams will participate. 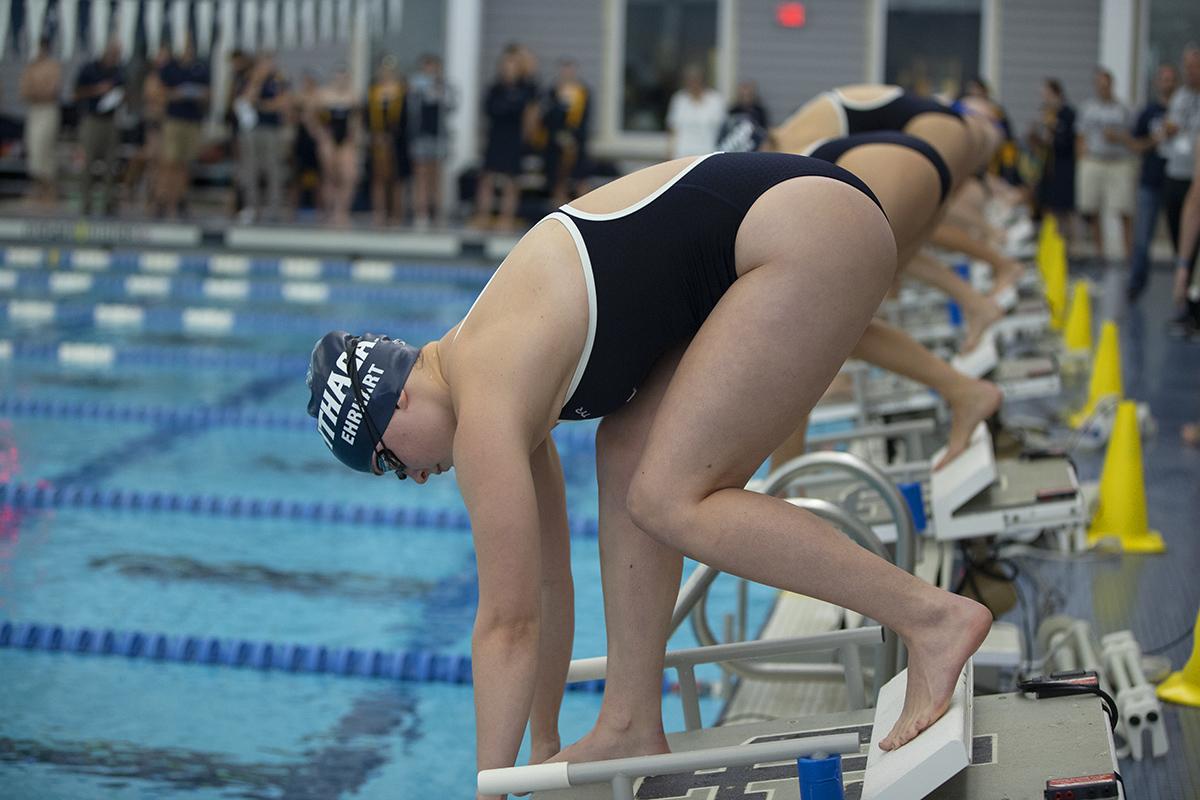 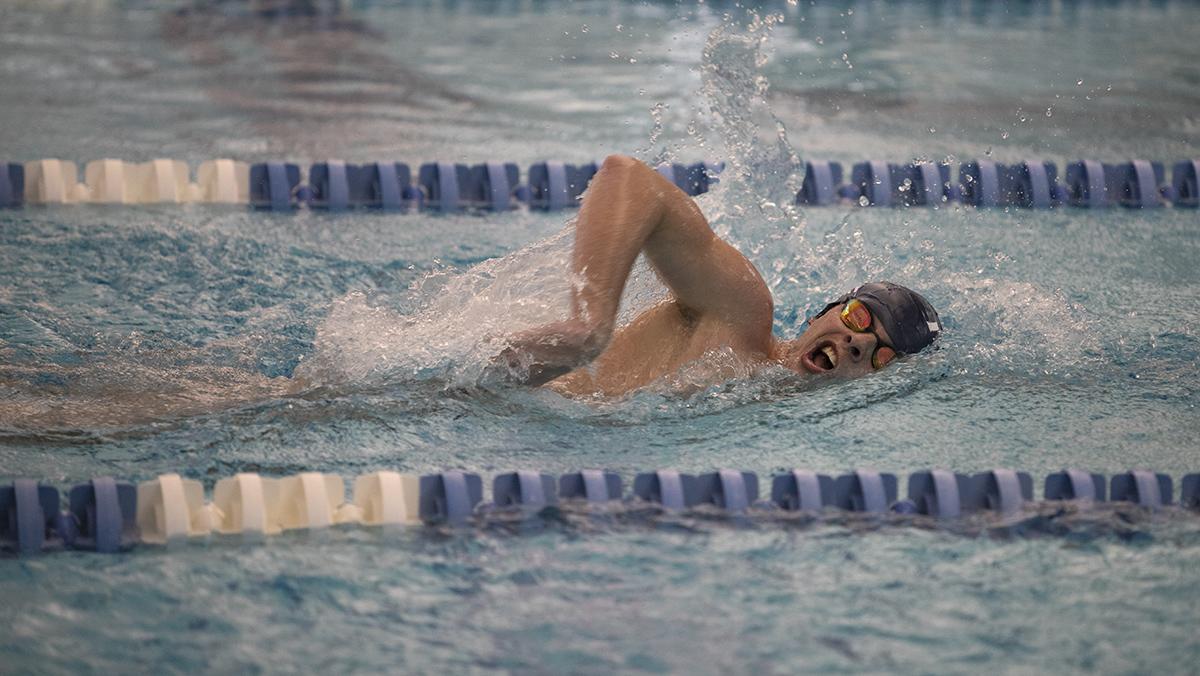 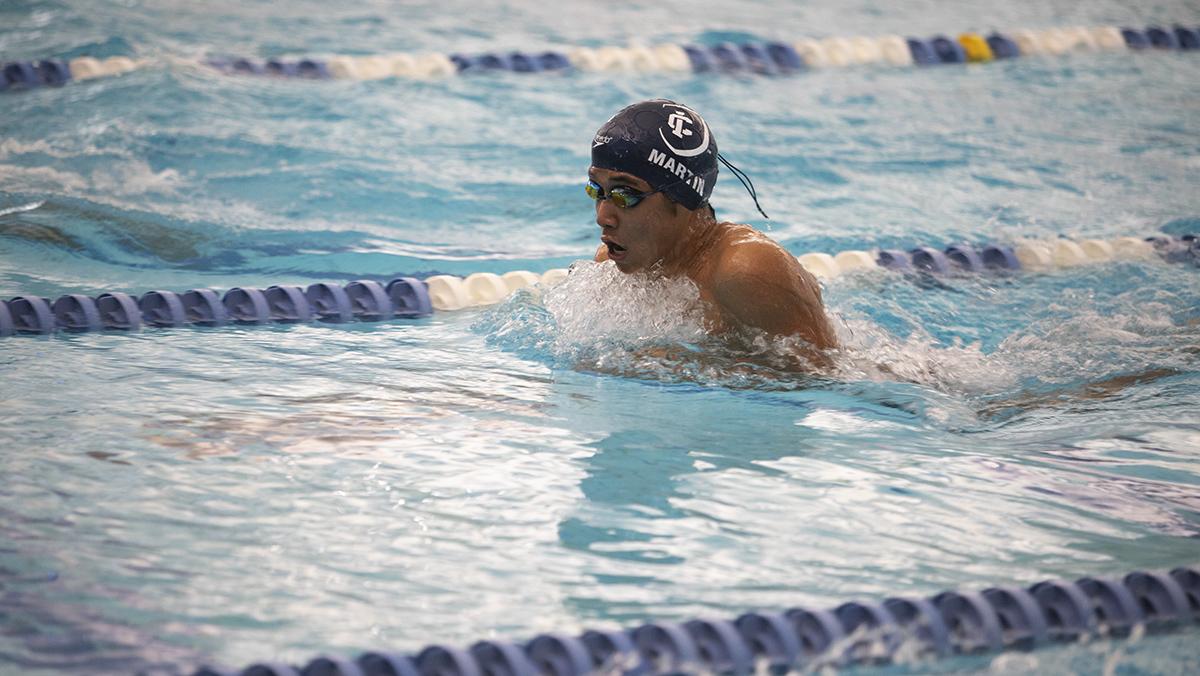 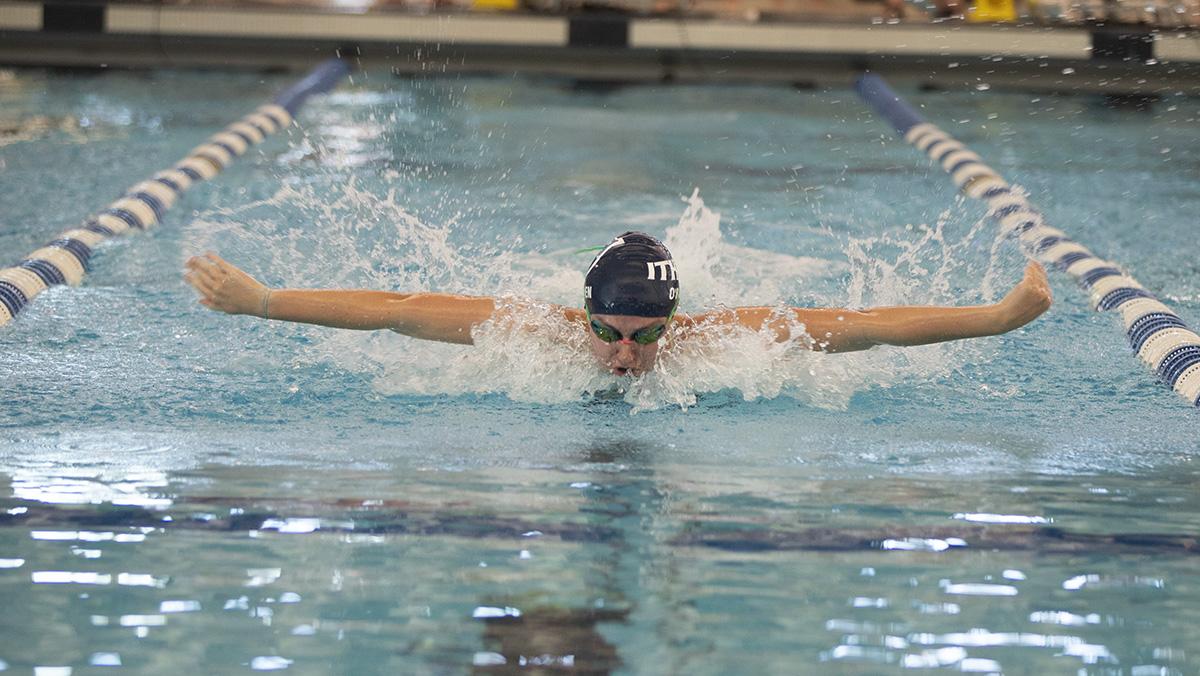 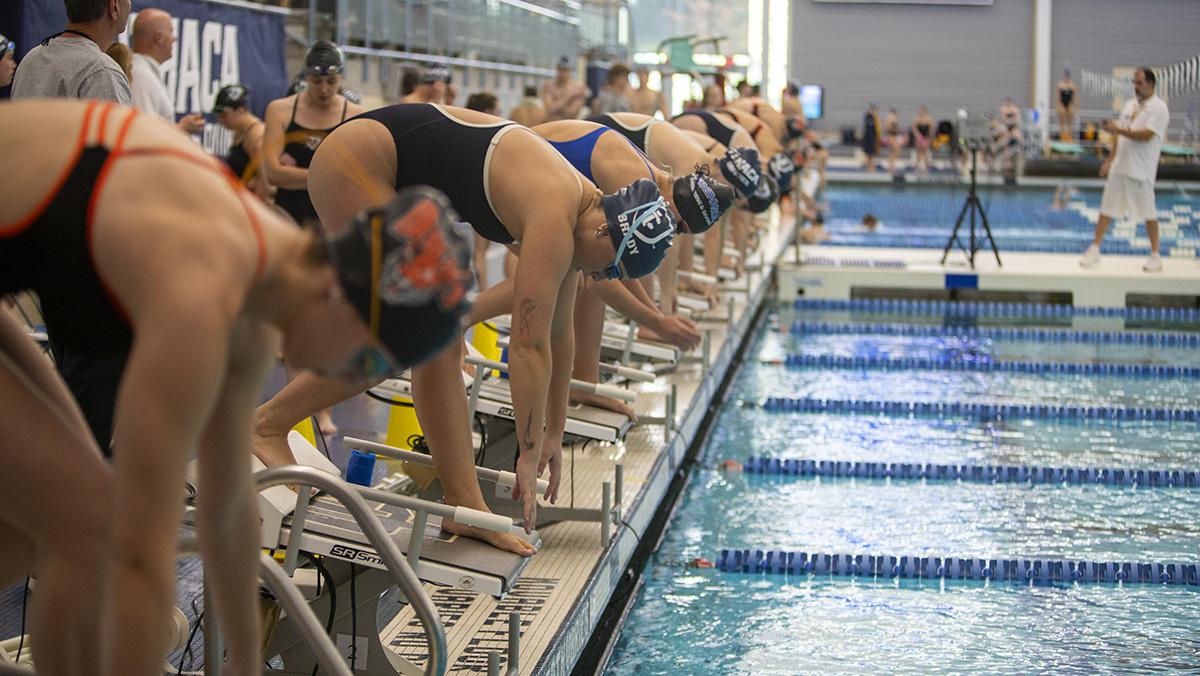