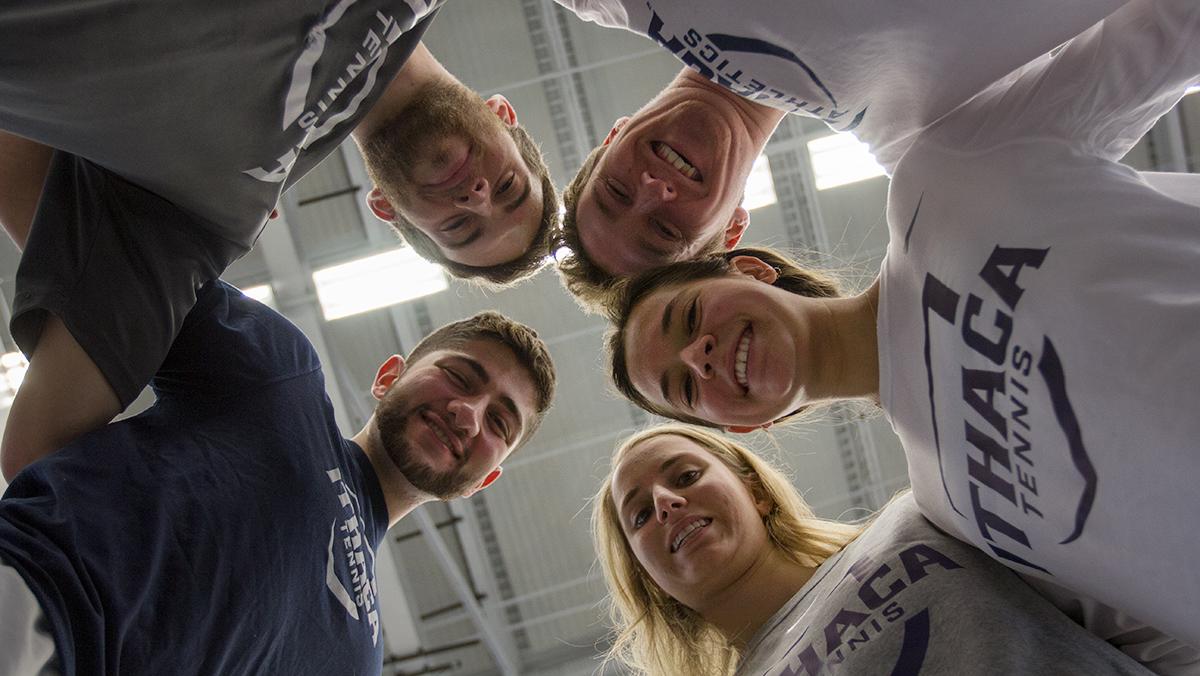 All eyes are on the few players left on the court as the spectators wait to see who will win the final match of the fall season Oct. 15. Once the last ball is hit, the captains of both the men’s and women’s tennis teams switch from competitive to planning mode.

Due to NCAA rules, coaches are not allowed to give feedback or attend practice during the off-season, which is between the fall and spring seasons. If the team wants to practice during the off-season, the captains have to plan and run practices. This includes figuring out times that work for most of the team, reserving the courts in the Athletics and Events Center and deciding what to do during practices.

“If all the teams practice year-round, then it becomes less of a seasonal sport,” senior Haley Kusak said. “I’m not allowed to hit one-on-one with my coaches either. During the season, if you want to practice something extra, you just practice with your coach. They will hit with you for an hour or whatever. You’re not allowed to do that during the off-season.”

Gardiner said the off-season allows them to create a closer bond, which in return boosts the mentality of the team on the court.

“The fall is the warm–up,” Gardiner said. “You get used to your team, so it’s hard to go 200 percent with your whole team. The off-season gives you time to get comfortable with your team. When you get to the spring, you can go all out. Everyone supports each other, and we are a lot closer by then. The mentality is that you better give it your all.”

After the fall season ends in October, the team takes a small break and then regroups to figure out what needs to be worked on during the off-season. The off-season spans from November to the beginning of February. Senior Jodi Grosberg said taking a break is good because it allows her to focus on her academics but that it makes it harder to get back in the swing of things.

Gardiner said he likes captains’ practices because they create a stronger bond within the team.

“I think, in general, captains’ practices get a bad rap because you have to listen to someone who is your peer instead of your coach,” Gardiner said. “I think that’s a good thing. If you can listen to your own peers and be coached by them, then everyone is going to get better.”

During practice, the team will work on different types of shots and play games and matches. The captains will give feedback to their teammates without trying to act like coaches, junior Lorenzo Viguie-Ramos said.

Off the courts, they will do team building activities to try and make them a closer team. This usually involves getting food or going to one of the player’s house, Viguie-Ramos said.

“We just spend a lot of time together on and off the court, whether it be in the weight room or sometimes, we will all get dinner together,” he said. “It’s just simple little social interactions that we all have and trying to make it a meaningful experience for all of us.”

Even though coaches aren’t allowed to give their players advice during the off-season, head coach Bill Austin said he wishes he could tell them to use their time wisely.

“There’s so much you can do to maintain your fitness to become stronger and a better player,” Austin said. “It takes a little bit of time every day. It doesn’t take a lot of time. Once or twice a week. Consistency is basically it. Be consistent, and track out an hour during the day to do something productive.”

Sports One on One: Sophomore tennis player Caroline Dunn