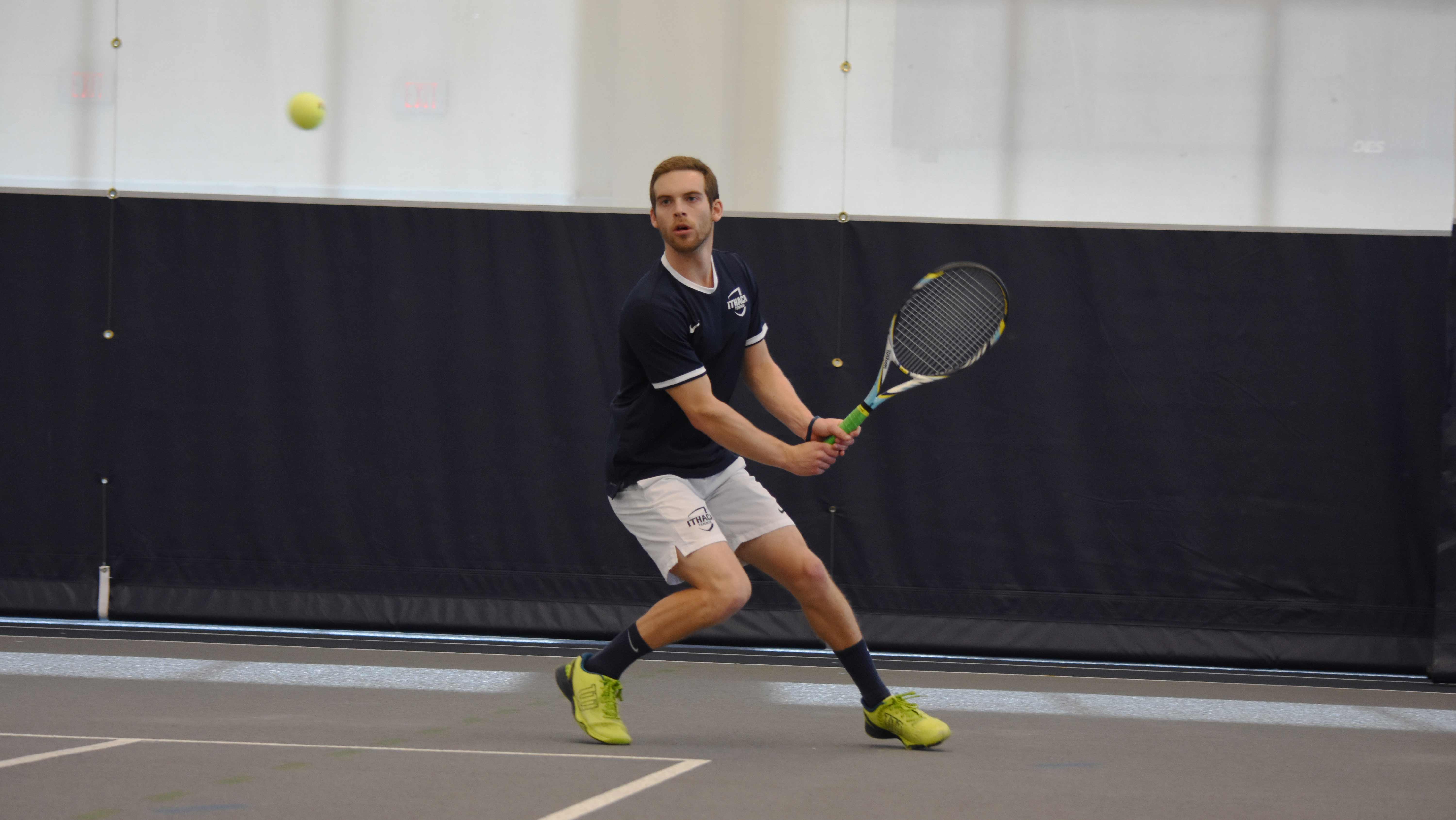 The men’s tennis team fell in the their first match after spring break to Hobart College with a score of 7–2. The loss drops the team’s overall record to 4–3 and 1–1 with home court advantage.

While the loss was disheartening for the Bombers, head coach Bill Austin knows how to take this loss and learn from it as the team goes forward.

“I thought everybody competed well,” Austin said. “We’ve gotta continue to grow from this. We gotta be better finishers and that’s what we have to work on. We were in position many times but we just couldn’t finish.”

The Bombers escaped the doubles portion of the matches with one win out of the three matches. Freshman Minos Stavrakas and sophomore Michael Gardiner claimed one win with an 8–5 victory in the first-flight doubles match.

“We played well in the double match,” Stavrakas said. “We came back from a 4–1 deficit and still won 8–5. It was a great day in doubles for my pair, even though the team lost 1–2 in the doubles matches.”

In the singles portion of the match, the Blue and Gold kept all the matches tight, but only came away with one victory. Senior Wes Davis won the fourth-ranked singles match with a 6–4, 6–4 trouncing. Davis now has an overall singles record of 3–2 for the season.

Although the score may look lopsided, Austin knows the team worked their hardest and gave a strong effort that will not show up on paper.

The men were coming back from their spring break trip where they performed well against various teams in Orlando, Florida. However, the change in scenery back to the indoor courts may have caused some missteps for the Bombers squad.

“Going from playing a week on hard courts in Florida to these indoor courts that just bite the ball, that’s a huge difference,” Gardiner said. “These indoor courts are so crazy and normally we have home court advantage with these, but maybe after another week we’ll get used to them again.”

The men’s team will be back in action against Elmira College at noon April 1 in Elmira, New York.