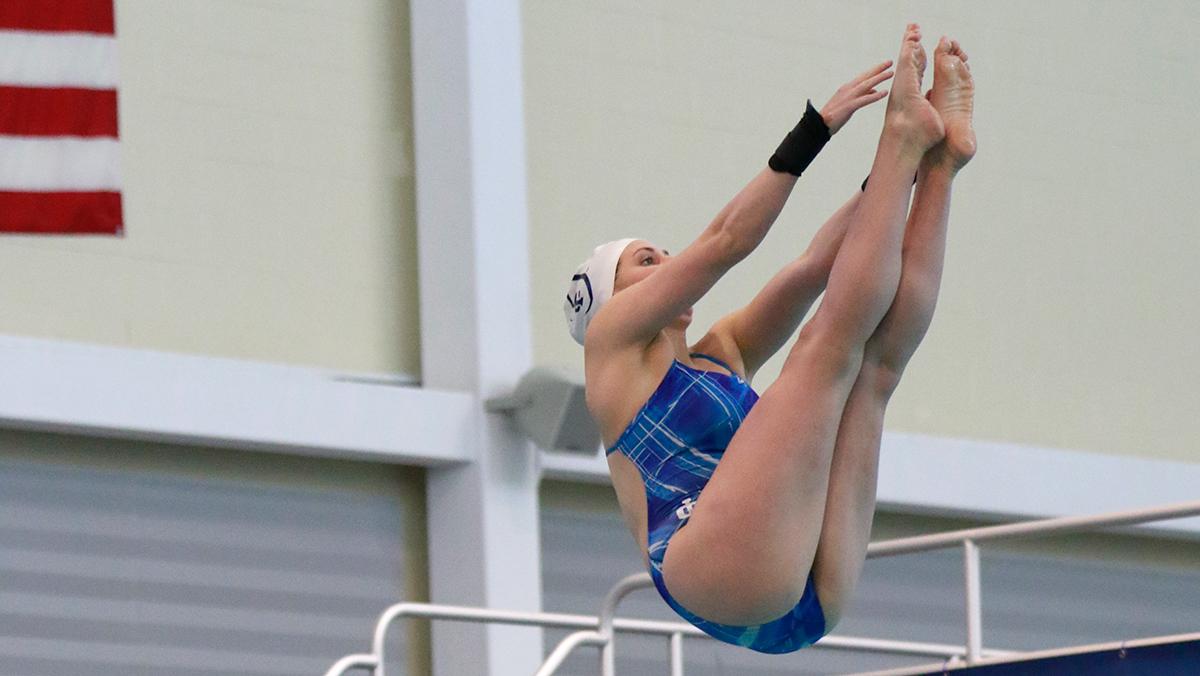 A week after hosting and winning the UNYSCSA Championships, the women’s diving team competed in the NCAA Division III Region Four Diving Championships Feb. 24 and 25.

Griesemer and Suddaby secured their spots for nationals after finishing in the top four. Going into the final day of regionals, juniors Katie Helly and Alyssa Wishart were in good standing to possibly qualify for nationals as well.

On the final day of competition, Helly finished in 12th place with 386.16 points. She secured her spot at nationals by her composite score placing her in seventh overall. Wishart did not qualify for nationals as she finished with 416.80 points in seventh place.

The pressure was high during the competition, Helly said, because this is their ticket to nationals.

While the women did feel the pressure, they focused on having fun, Wishart said.

“I just hoped to have fun, go kill it and go out there and do the best we can,” said Wishart.
The Blue and Gold will be competing in the NCAA Division III Championships from March 15–19 in Shenandoah, Texas.