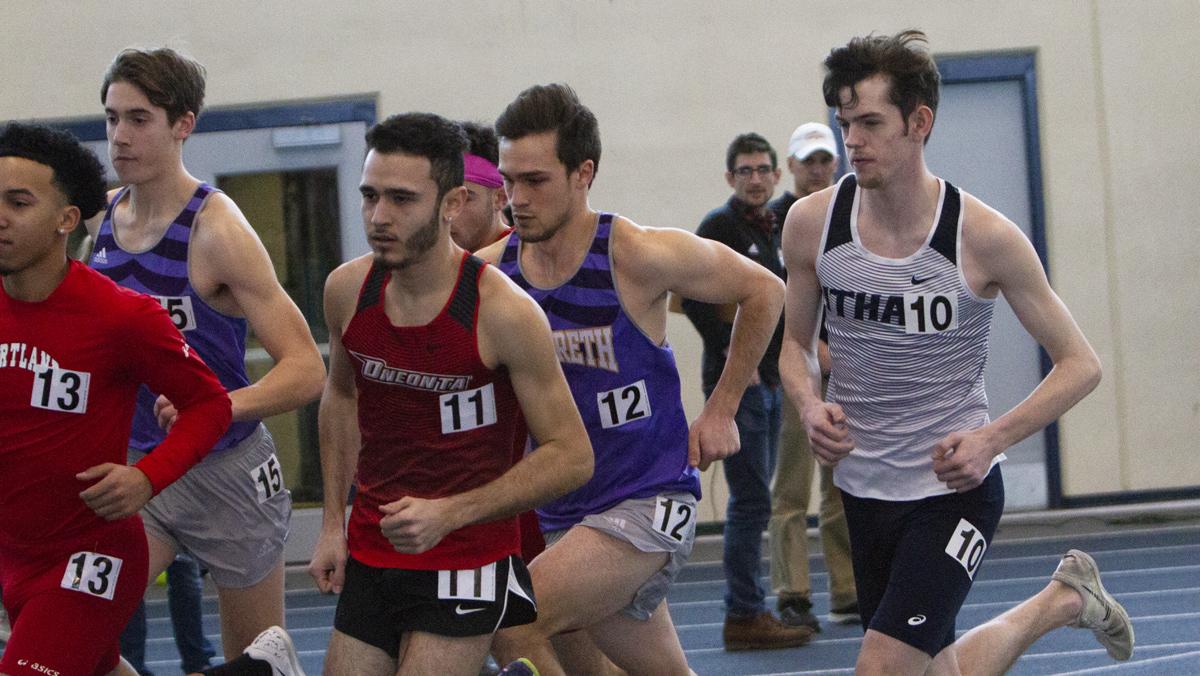 The Ithaca College men’s and women’s track and field teams hosted the Bomber Invitational and Multi on Feb. 2 and Feb. 3

The women’s team had a strong performance distance medley team coming in first with a run time of 12:40.38. The team consisted of junior Maggie Nickerson, freshman Katelyn Hutchison, senior Britney Swarthout and junior Sarah Rudge. Junior Parley Hannan earned fifth in the 5000-meter run with a time of 18:59.62. During the 400-meter dash, freshman Emily Adams came in fifth with a time of 1:01.60. The 4×200-meter relay team came in fourth with a time of 1:49.60. Members of the team included junior Amanda Wetmore, senior Jordan Beckley, sophomore Sarah Lachenmayr and freshman Renee Manosh. Freshman Paloma De Monte came in second during the 800-meter run with a run time of 2:23.

The women’s team also scored big during the field events. Junior Estelle Yedynak earned second in the high jump with a height of 1.58 meters. Junior Kendall Wellauer came in fifth for weight throw with a throw of 14.75 meters.

The Bombers excelled during the women’s pentathlon. Freshman Abbey Stowell earned first in the shot put with a distance of 10.77 meters. Freshman Logan Bruce came in second during the 800-meter run with a time of 2:34. Bruce also came in first in the high jump with a height of 1.59 meters. Overall Bruce earned second for the pentathlon with a total of 3345 points.

During the field events, freshman Dom Mikula earned second in the pole vault with a height of 4.70 meters. Junior Robert Greenwald came in third in high jump, with a distance if 1.83 meters. During shot put, senior Lee Matthews eared fourth with a throw of 14.30 meters. Senior Alex Arika came in fifth for triple jump with a distance of 13.46 meters.

The Blue and Gold continue their season at 2 p.m. Feb. 8 in Staten Island, New York, at the Ocean Breeze Athletic Complex.

Track and Field finish weekend in Boston and Utica