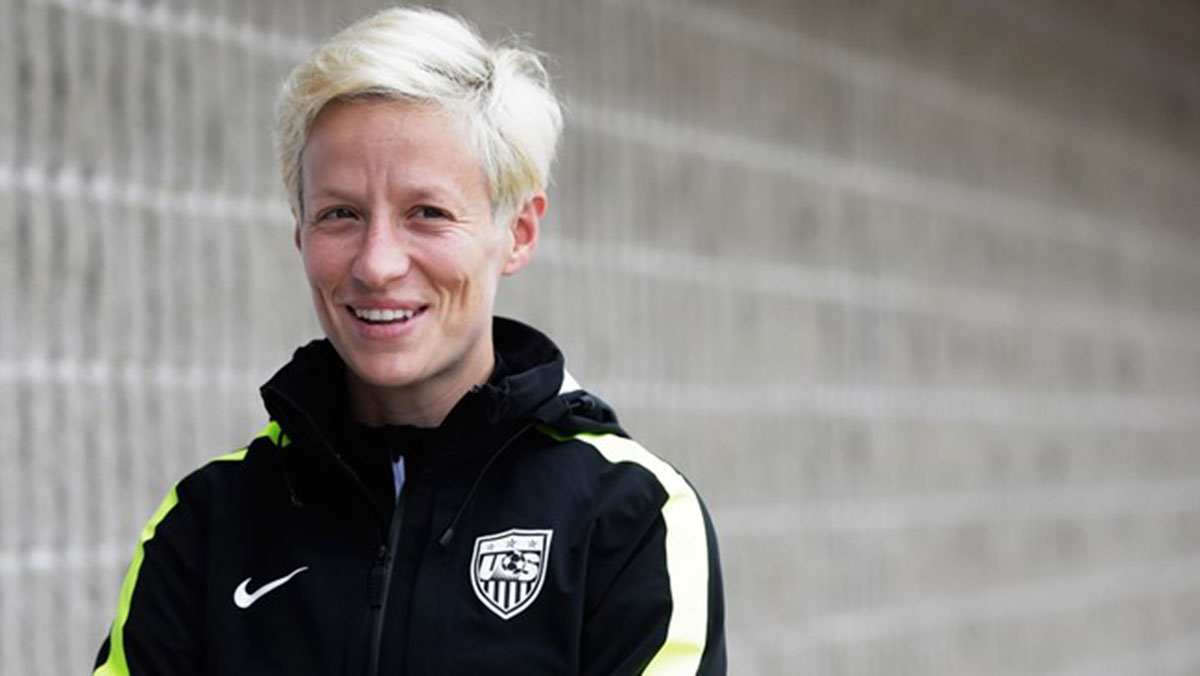 PHOTO COURTESY OF FIFA
Megan Rapinoe will speak about lesbian, gay, bisexual and transgender athletes and their rights to equality in sports at 7 p.m. March 10.
By Lauren Murray — Staff Writer
Published: March 9, 2016

The Cornell University chapter of Athlete Ally will host Megan Rapinoe, a current member of the United States Women’s National Soccer Team and Seattle Reign FC, to speak about lesbian, gay, bisexual and transgender athletes and their rights to equality in sports at 7 p.m. March 10.

Athlete Ally is a national organization representing the LGBT community and its inclusion in sports. Its leading mission is to end homophobia and transphobia in sports, and embers do so by speaking out to others within their sports or fan base.

Athlete Ally at Cornell launched in August 2013. Cornell’s chapter said its purpose is to show respect and acceptance for LGBTQ athletes to “bring an end to the strong masculinity attached to sports — the type of masculinity that prescribes the strong gender norms and stereotypes in sports.”

Cornell senior Cassandra Poudrier, co-president of Athlete Ally at Cornell, said it is a huge opportunity to have Rapinoe come speak.

“She has a really big name in general, and I also think she has a great personality,” Poudrier said. “The public just loves her in general.”

Poudrier also said Rapinoe’s other work contributes to those who identify as LGBT in sports.

“I think she’s had a great impact wherever she’s gone so far, and that’s why we are really excited to bring her here to Ithaca.”

Ithaca College senior Siobhan Stack, who plans on attending the event, said Rapinoe has had a big impact on the issue at hand.

“The U.S. Women’s National Team gets a lot of recognition and a lot of popularity,” Stack said. “A lot of people recognize [Rapinoe] and can get behind them because they have such a big fanbase.”

Sophomore Mackenzie Lozano, who also is planning on attending the event, said Rapinoe’s reputation and popularity are what draws a bigger attention to the topic.

“She goes along with athletes like Abby Wambach, and people just know them for being on the U.S. national team and powerful athletes,” Lozano said. “She’s able to use that as a platform for the LGBTQ community.”

Rapinoe came out as lesbian during an interview with Out magazine in 2012 and became an ambassador for Athlete Ally in 2013. Rapinoe has also done other philanthropic work with the Gay, Lesbian & Straight Education Network and the United States Olympic Committee.