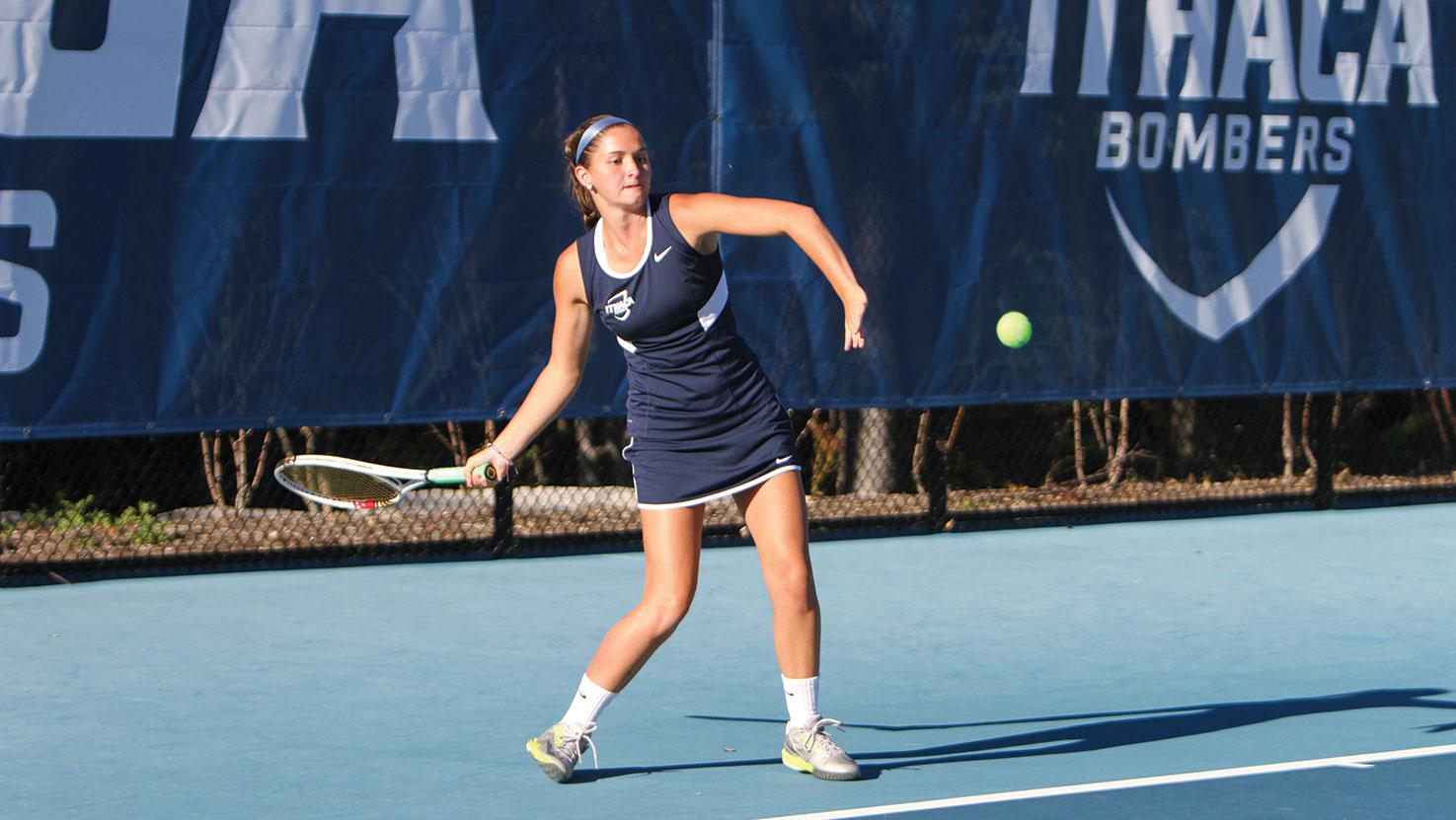 Last fall, the Ithaca College women’s tennis team had a perfect season after achieving an undefeated 9–0 record and winning an Empire 8 title, which earned it an automatic spot into the national championships.

At the national championships, the Bombers were knocked out in the first round, when they lost 5–0 to SUNY Geneseo. Now, the Blue and Gold are back to seek their 12th–straight Empire 8 title and another shot at advancing in the NCAA tournament.

Senior Haley Kusak said the team began preseason training Aug. 21 with an emphasis on strength and conditioning. The players are practicing a combination of exercises to help them prepare for the upcoming season, including 400-meter sprints, 2-mile runs, weightlifting, suicides, line sprints and footwork drills. Kusak said this has a major effect on the team’s performance throughout the season.

“I notice an enormous difference in my game just by lifting and running consistently,” Kusak said.

The team also makes sure that its players are eating right and staying in shape leading into the regular season in September, which Kusak said are both very important. The players have a fitness plan they complete a few times a week in addition to regular practice and conditioning.

Preseason is also the time to figure out who will be partnered with whom and who will play what position to ensure that they will have the best team possible. At each meet, players participate in both singles and doubles matches.

Head coach Bill Austin said the team is conditioning and playing intersquad matches during the preseason, which will get the Bombers physically and mentally prepared to compete to reach their goals.

“Our goal is to play the best that we can — to play well every time we step out onto the court,” Austin said.

Sophomore Caroline Dunn said out of all the techniques that the team worked on last year, the two that stuck out the most to her are doubles work and team communication.

“As we head into this season working as a team, developing strategies as a doubles team and as an entire team will definitely be a few of the most important things in developing a great team,” Dunn said. “We focus on how we can push each other to compete and try as hard as we can to be the best team in the E8.”

This season, the Bombers will begin their season with a home match against Stevens Institute of Technology on Sept. 4. They will also compete at the Intercollegiate Tennis Association Northeast Regional Championships in Geneva, New York, on Sept. 24 and will round out their season Oct. 15 in the Empire 8 Championships in Houghton, New York.

Austin said he is looking for the team to work hard and come out victorious again.

“We’ve been pretty successful, so we’re trying to keep improving, try to get a little bit better each time we go out,” he said. “I think we’ll increase the competition a little within the team.”

The women’s tennis team lost in the first round of the NCAA Championship to SUNY Geneseo May 13.

Women’s tennis falls short in first round of NCAA Championship