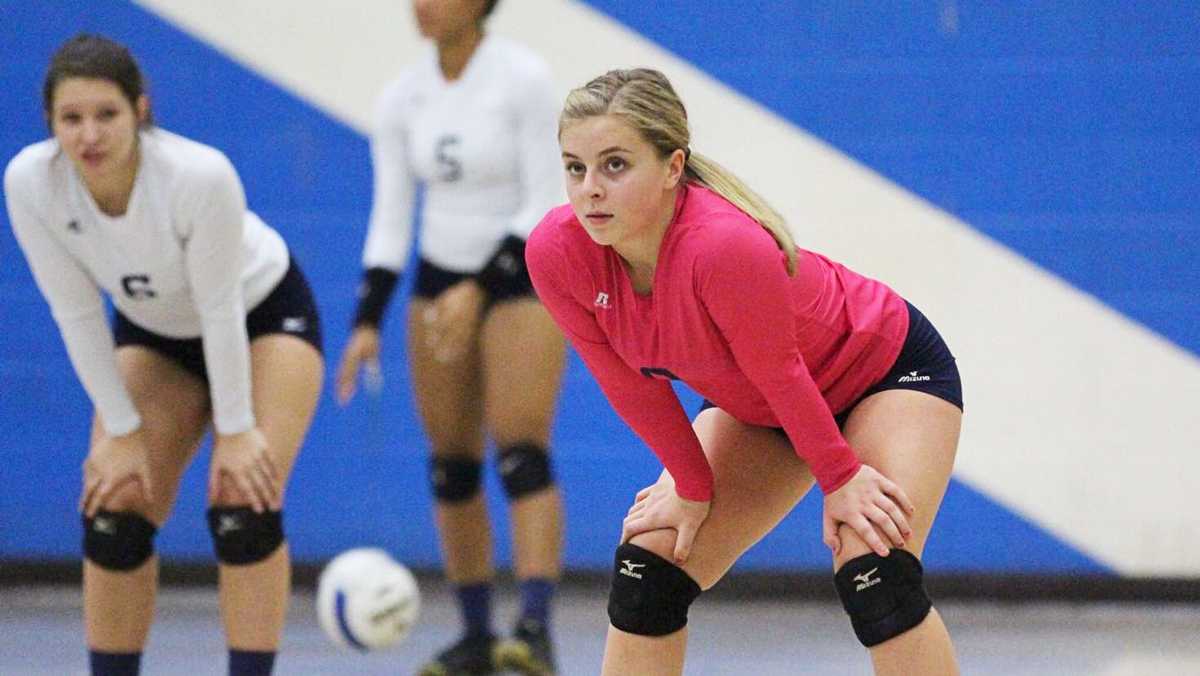 The Ithaca College volleyball team has announced the five members of its 2020 recruiting class. The program has become accustomed to announcing its recruits early in the calendar year after a long and in-depth process to bring student–athletes to the college.

The team is the first to announce its new members at the college. Many teams on campus do not announce their recruits until May, which is the same month that all accepted students must enroll in the college.

The Bombers have brought in recruits from across the United States every year under head coach Johan Dulfer. There are players on the team from all different regions of the nation, specifically the Midwest, South and West.

This trend applies to the incoming members of the team, as four of the five recruits are from states other than New York state. Incoming setter Paige Gardella is from Sugar Grove, Illinois; middle blocker Jamie Koopman is from Tampa, Florida; and outside hitter Alexandra Montgomery is from Ann Arbor, Michigan. Sophomore defensive specialist Elli Gaskill is a transfer from Division I Indiana University–Purdue University Indianapolis and resides in Elkhart, Indiana. Incoming defensive specialist Julia Costa is the only in-state recruit and is from Ossining, New York.

Dulfer attributes his team’s success to its ability to recruit around the nation, especially in the areas where volleyball is most prevalent.

”Recruiting is different for every sport because different areas are the strongest pockets for different sports,” Dulfer said. “For the Northeast, lacrosse and soccer are very strong, so, for those sports, it makes a lot of sense to put in a lot of their effort into recruiting into the Northeast. For volleyball, that is the weakest area of the country traditionally.”

Dulfer said that he has built up a wide network all over the country in his career, allowing him to find athletes in various regions. He has to travel to tournaments, contact other coaches and keep in touch with recruits to find the class he wants to bring in every year.

“Everyone’s budget defines how far you can go when you travel,” Dulfer said. “And Ithaca does a great job of helping us, and we do a really good job pinching pennies. We go to the [recruiting events] where we know we can stay with someone we know, or we can share a hotel room or find the flights that are cheap.”

Dulfer and his players think that finding out who will be a part of the recruiting class before the season begins helps everyone in the program, especially the recruits themselves. This was the case for sophomore libero Jordyn Lyn Hayashi, who is from Hilo, Hawaii. She said she had a great experience meeting the team before her first semester at Ithaca College.

“I definitely do think this was an advantage because it enabled me to build friendships with my teammates before the season began,” Lyn Hayashi said. “It also gave me an opportunity to get a feel for how each of my teammates play, create relationships on the court, bond with my recruiting class, team and coaches.”

Recruitment is a year-round commitment for the entire program, and it gives the staff members a lot to handle in the offseason. Current members of the team are also involved in the recruiting process because they house recruits who come for official visits and show them what it is like to be an athlete at the college.

Dulfer said the worst question to ask a coach is, “What do you do now that the season is over?” because there are always projects to work on in the world of recruiting.

Dulfer said that defining a collegiate volleyball player can be very difficult in terms of athletic ability and their skills within the game. For him and his staff, it is more about finding a person who is meant to be a Bomber.

“Recruiting is not just looking for someone that can jump high and hit the ball hard,” Dulfer said. “We try really hard to find the right match. Of course, you have to play volleyball at a certain level, but there are lots of players that can play at that level. We’re looking for academically it has to match. They have to be adventurous enough to try and go to New York. They have to be able to afford it. Trying to find all of those matches is incredibly hard.”

Dulfer said that fulfilling these requirements can be very difficult for him and his staff considering they are very interested in what is best for the student–athletes on and off the volleyball court. Junior outside hitter Reagan Stone said that she knew the college was a good fit for her after a visit to campus.

“I’ve always loved the Northeast,” Stone, who is from St. Louis, said. “And winter is my favorite season, so, when I was accepted into the six-year physical therapy program, that was the cherry on top. Ithaca was also the best recruiting visit I had, and I really felt like I bonded with the girls who were already on the team.”

Dulfer said that giving his high school recruits time to rest before coming to college could be the biggest advantage in deciding the incoming class so early.

“Now they are able to relax and enjoy their senior season,” Dulfer said. “And I think that’s a big advantage for them. Now they can enjoy prom and their last summer in high school. It’s just a nice thing to not have to worry about college anymore.”