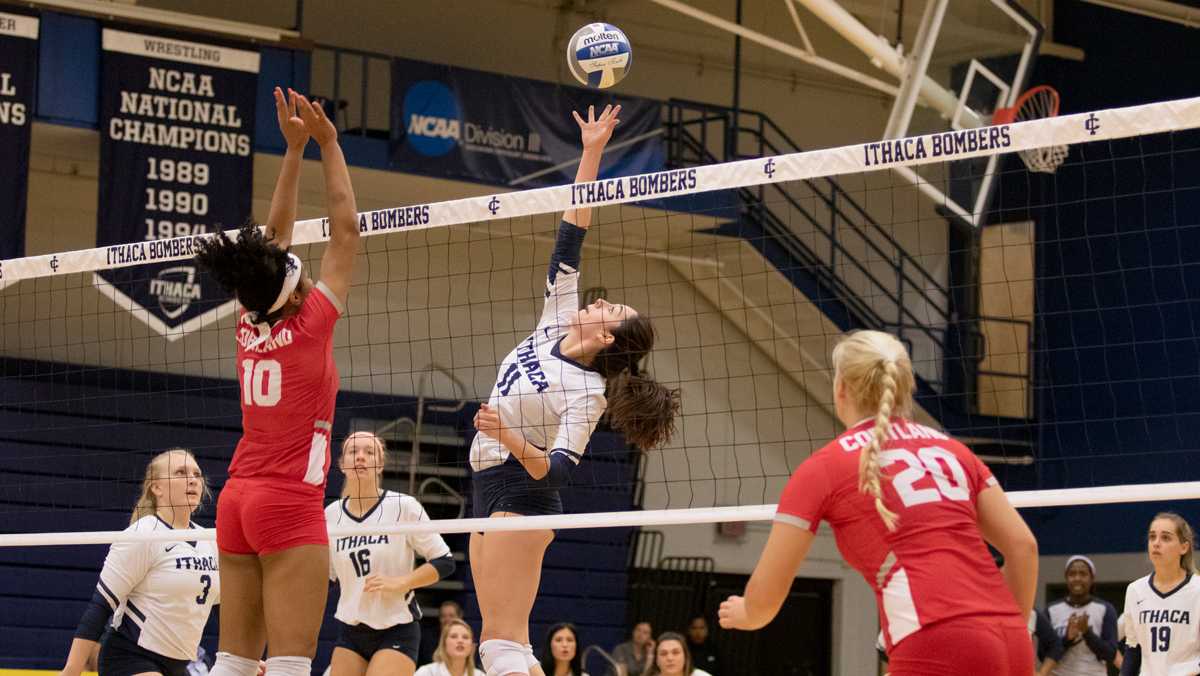 The Bombers got out to a small lead in the first set, but the Red Dragons caught up quickly. It was back and forth between the two teams the entire set, and it eventually went into extra points. The Red Dragons came out on top with a score of 28–26.

In the last set, Cortland attempted to get back in the game, but it was quickly shut down by freshman defensive specialist Grace Isaken’s four aces in a row. Head coach Johan Dulfer said it was an exciting win for his squad.

“Cortland is a big game no matter what — any sport, every sport, so it’s really nice to beat them,” Dulfer said. “Cortland is having a really nice season at 15–4. Their confidence is really high coming in, but we have more offensive firepower than they do.”

Both the Bombers and the Red Dragons have had very successful seasons so far. Dulfer said the team had some nerves coming into the game, but he said he was impressed with the team’s ability to earn more points than they gave up.

“We’ve been working hard on that all week in practice,” Dulfer said. “It really showed. Cortland had to fight for every point after that tough first-set loss.”

The South Hill squad will be back in action at 7 p.m. Sept. 27 in Ben Light Gymnasium against Union College.