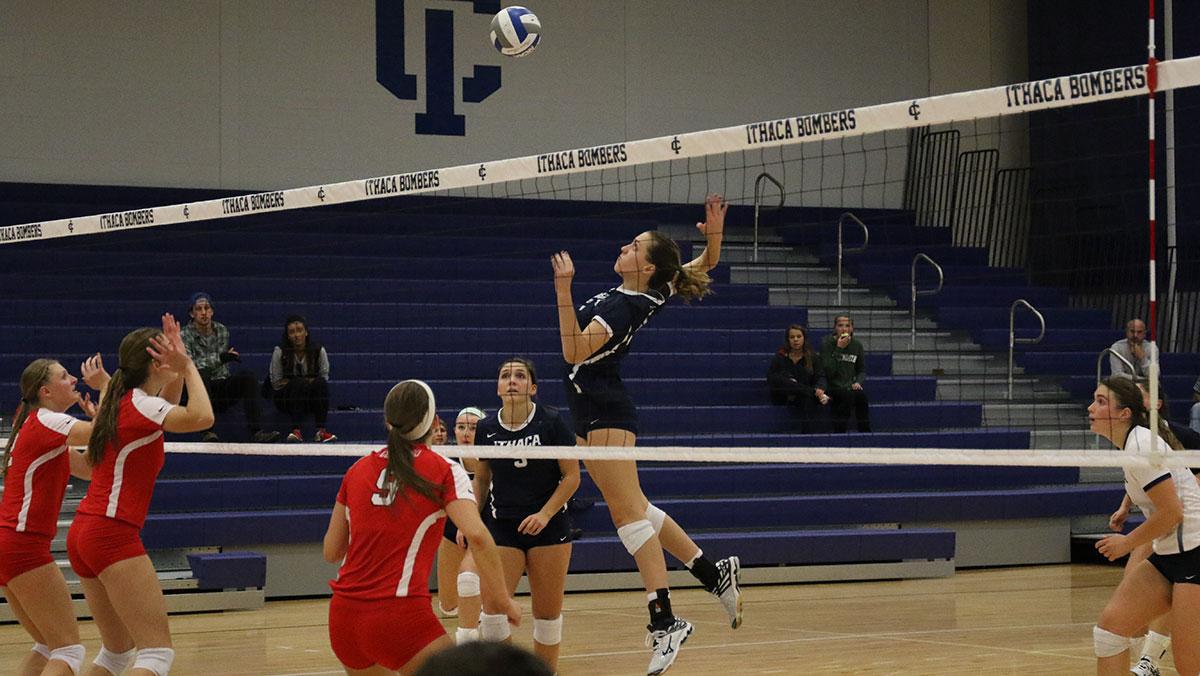 The volleyball team is now 19–1 after defeating rival SUNY Cortland 3–2 on Oct. 7, even with the absence of head coach Janet Donovan, who was out for medical reasons on Oct. 6. The victory was also the squad’s 15th straight win of its 2015 campaign.

The Bombers opened up the five-set match with a score of 25–20. Sophomore Kayla Gromen came out strong during the first set, in which she helped score the 23rd, 24th and 25th point. Gromen finished the entire tournament with an impressive 65 assists.

The Bombers moved into the second match comfortably, finishing off the set with a score of 25–21. The standout players during the game for kills consisted of sophomore Joelle Goldstein, freshman Katie Evans and sophomore Caroline Gerulskis.

The team managed to win the fifth set 15–8, defeating the Red Dragons. Goldstein and senior captain Dylan Gawinski-Stern each had 20 digs during the tournament against Cortland.

Goldstein said she was relieved about the game and that the team was excited to play its biggest rival.

“We came out strong and beat them the first two sets, but I think our intensity dropped in the third and fourth and we got a little bit lazy,” Goldstein said. “I think in the fifth set we brought our intensity back to where it needed to be.”

Assistant coach Derryk Williams took on the head coach role during the contest in Donovan’s absence.

“It’s a different role. The toughest thing about that is trying to keep the players in check,” Williams said. “They did a really good job, and that’s the great thing about this team is that they find a way to win.”

Williams said the game was great and he wishes Donovan could have been there, but that the Bombers are very excited to get a win, especially a tough one.

The Bombers return to action when they take on Empire 8 opponents Stevens Institute of Technology and Nazareth College on Oct. 10 in Rochester, New York.