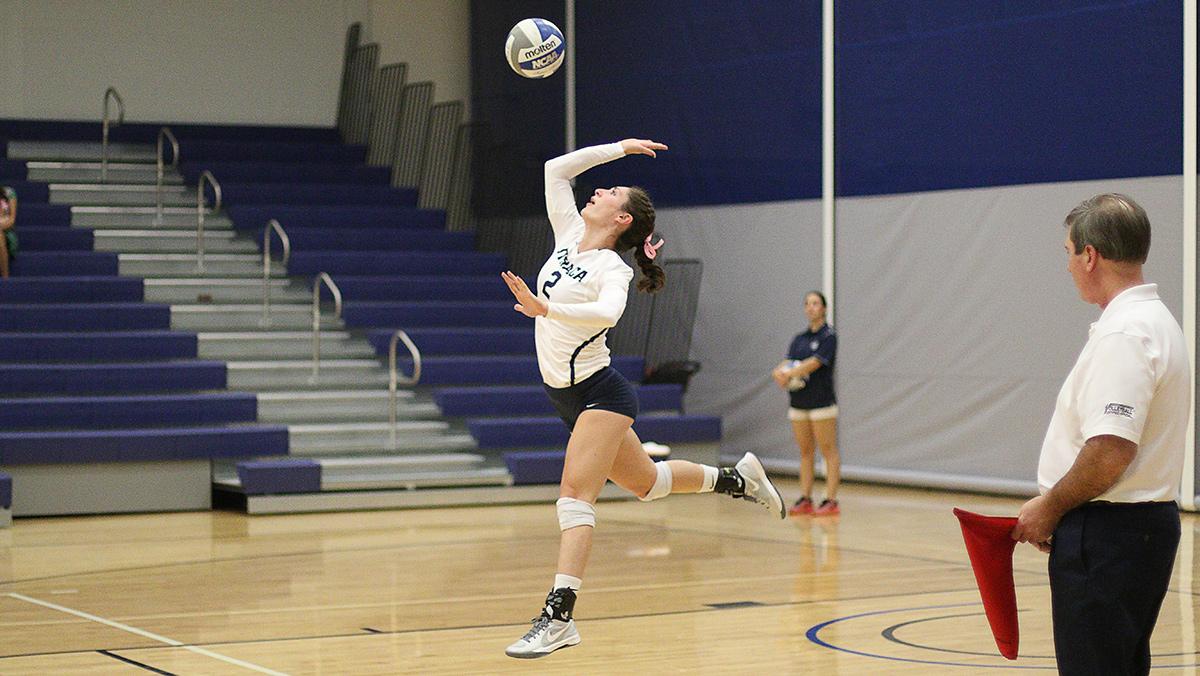 The Ithaca College volleyball team won the Empire 8 Championship for the second year Nov. 6, capping off a successful season under the leadership of first-year head coach Johan Dulfer. Led by junior captain Joelle Goldstein, the Bombers achieved a 26–5 record during the regular season and are preparing for the NCAA Championships. The team will play Middlebury College at 5:30 Nov. 11 in the first round of the tournament.

Goldstein leads the team in points with 383.5 and kills with 315, and was named Empire 8 Player of the Year for her contributions during the regular season.

Sports Editor Danielle Allentuck spoke with Goldstein about her individual honors, helping the team win the Empire 8 Championship and how the team is preparing for the NCAA Championships.

Danielle Allentuck: How did it feel to be named Empire 8 Player of the Year?

Joelle Goldstein: It definitely was a really great accomplishment, but I couldn’t have done any of it without my teammates. They do a lot of the work most of the time and make me look good, so it’s definitely a credit to the team and our chemistry and all we have been working for. I set a personal goal for myself to do the best that I could this season, and getting that award was very rewarding and felt great, but again, it really meant nothing in comparison to winning the Empire 8 Championship.

DA: The team lost to Stevens Institute of Technology during the regular season. What do you think was the key to beating them in the Empire 8 Championship?

JG: I think the key was our focus and being mentally tough and mentally there. When we played them during the regular season, we made a lot of errors. We actually scored 25 of the 27 points during the first set, so we technically scored a whole game, but because we made so many errors, we kind gave them that. This time, going into it, we were really focused on playing our game, being focused, knowing what we had to do, knowing what defense they were in and how to go around them. I think everyone was really excited. Our energy was there, and everyone performed and contributed. Every single person got out on the court, so it was really a big team effort and a big team win.

DA: Heading into the NCAA Championship tournament, what do you think the team needs to improve on?

JG: I think just making sure we can see the other side of the court and knowing where the blockers are and where the defense is. We are very powerful when we hit and when we block, so as long as we know where to put the ball, I think we will be very successful. I think if we have energy and focus and we come in and do our thing, we are unstoppable. We need to bring it from point one to point 25.

DA: What is your favorite memory from this season?

JG: We get along so great. Everyone is just a family. When we go to Boston for fall break every year, fall break is a chance for us to do some team bonding and a step away from volleyball. We still play, but we got to do something other than that. This year, we got to go to Boston and do an escape room. We split off into two teams and competed against each other. That was definitely a fun thing to do because it was something outside of volleyball we got to be competitive with and have a great time with. Winning the E8 Championship in Stevens’ gym, in front of their fans, was great because it’s always good to challenge the home team a bit and get the T-shirts in their home territory, so that was definitely a great feeling.

DA: Looking ahead to next year, what are your goals for your last season on the team?

JG: Like last year, it would be to get to where we are now and go further. Last year we got to the second round of the NCAAs, so I’m really hoping this year to get past the second round. Obviously, winning the regional championship this weekend is the main goal, so if we could do that, that would be great.