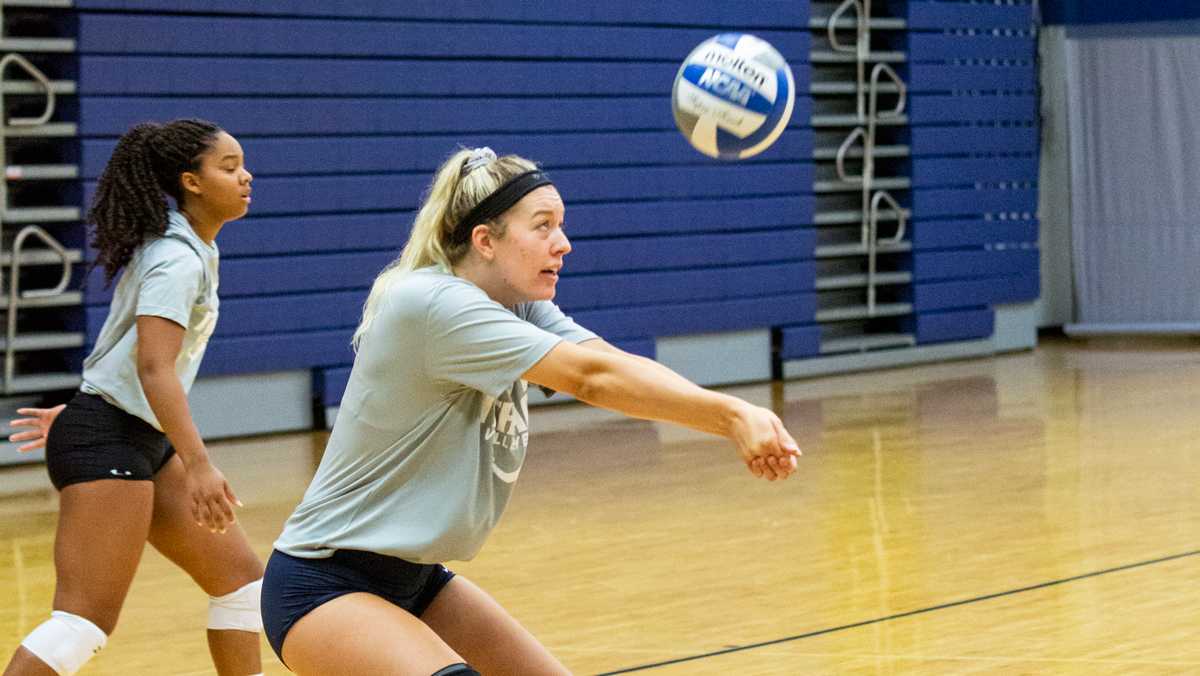 Jill Ruthauser/The Ithacan
Junior outside hitter Reagan Stone was named Liberty League Player of the Year in 2018, and she will be a major contributor to the Bombers' offense.
By Shehanee Fernando — Staff Writer
Published: August 29, 2019

The Ithaca College volleyball team could almost taste the national championship last year as it made its way through the rounds of the NCAA tournament and headed to the Elite 8 match.

However, the team’s season ended there with a 3–1 loss to then-No. 9 Emory College on Nov. 15. The Bombers finished with a record of 21–8, and they were undefeated in the regular season against Liberty League opponents.

Junior outside hitter Reagan Stone said the team has learned from last year’s successes and mistakes and plans continue its momentum into the 2019 season. 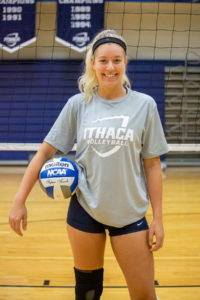 “The biggest thing we learned is perseverance, and carrying that into this year will help tremendously,” Stone said. “Last year, if a few points had gone differently, we would’ve gotten different results, but we are not going to dwell on it. We are going to move forward knowing we are capable of anything coming our way.”

Head coach Johan Dulfer said last year’s defeat in the Elite 8 has served as a source of motivation for the squad.

“Losing to Emory lit a fire with the team and with the coaching staff,” Dulfer said. “The players worked really hard in the off–season. The team works really hard to get where they want to be.”

Dulfer said the team’s strategy will center on a faster offense in order to beat opposing squads at the net. He said the coaching staff will emphasize quick, accurate passing and responsive defense.

Senior setter Caitlyn Floyd said she believes communication will be key for the South Hill squad to execute speed on the court. Floyd said that as a team captain with five incoming freshmen on the roster, she will emphasize team culture and connection.

“It doesn’t matter who is on the other side of the net because we have learned how to put the team’s needs above your own so we can be a cohesive unit,” Floyd said. “We are not afraid to hold each other accountable.” 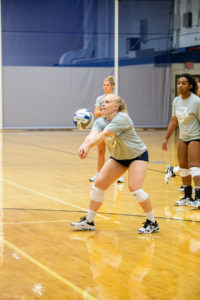 Senior Caitlyn Floyd has been the Bombers’ starting setter since her freshman year and had over 1,000 assists last season.

Stone and Floyd will both be key returners for the Blue and Gold this season. Stone led the team on offense with 475 kills and was just as significant defensively with 59 blocks and 232 digs. She was also named the 2018 Liberty League Player of the Year. As the Bombers’ go-to setter, Floyd registered 1,149 assists and notched 84 kills. She earned All-Liberty League First Team accolades in 2018.

Incoming assistant coaches Jennifer Buckman and Regan Herrington will bring fresh, young perspectives to the team. Buckman is coming to Ithaca from Transylvania University in Lexington, Kentucky, where she was the primary hitter, and Herrington hails from Acadia University in Wolfville, Nova Scotia, where she played as a setter.

“I am super excited to see this season through with the Bombers,” Herrington said.
“I know we are an undersized team, and I think that having a fast offensive and being able to beat the blocks can help us succeed, and when we are able to do that we can bring home the title.”

Dulfer said the new coaches will make an impact on everything from competition to recruiting.

“We are lucky to continue to have a setting coach with Regan and have now added some extra help for recruiting,” Dulfer said, “Because of the assistants’ backgrounds, we continue to expand our reach throughout the country. And since they’ve all played at a high level, I look forward to them putting that experience into practice on the court.”

The South Hill squad will kick off its season at 3 p.m. Aug. 30 against Ohio Wesleyan University at the Bomber Invitational hosted in Ben Light Gymnasium.

Volleyball falls in the NCAA Quarterfinals