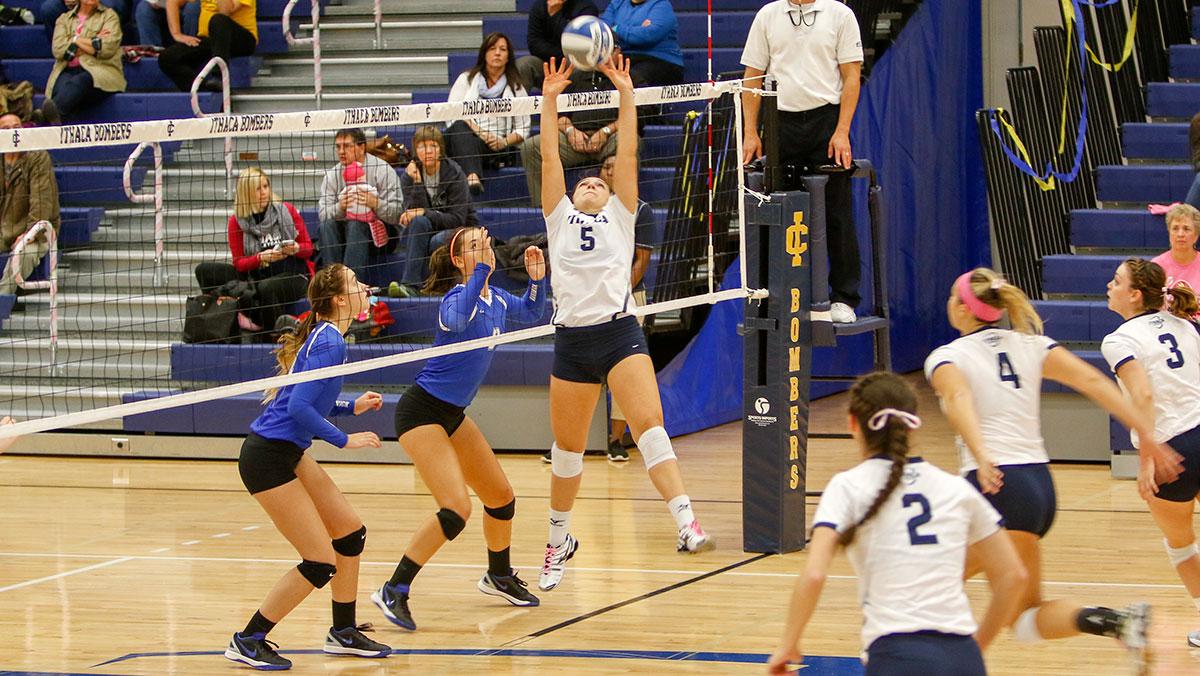 The volleyball team was crowned Empire 8 champion on Nov. 8 after sweeping Stevens Institute of Technology in three sets in Hoboken, New Jersey. The Bombers maintained control of the match, winning 25–15, 25–19 and 25–15. The Bombers avenged their lone loss in conference this season, claiming the Empire 8 crown for the first time since 2010. With this win, the Blue and Gold are now 30–4 on the season and earn an automatic bid to the NCAA Division III Championship Tournament.

The Blue and Gold trailed for only three points in the entire match, commanding the championship from the start. The Bombers hit .188 on the day, collecting 30 kills, while holding Stevens to just .031 hitting percentage and 29 kills. They also collected 34 digs, 27 assists, eight blocks and five service aces.

Sophomore captain outside hitter Joelle Goldstein continued her strong season by leading the Bombers’ offense in the championship match. Goldstein registered 11 kills on the day, hitting .500, the best on either team. Goldstein also collected nine digs and two service aces for the South Hill squad.

The trio of freshmen in Amanda Cerruti, Katie Evans and Hailey Adler stepped up once again for the Bombers’ offense. Cerruti finished the match with six kills, hitting .300, and five blocks. Evans recorded five kills, three blocks and two service aces. Adler did a little bit of everything for Blue and Gold, picking up four kills, three digs, two blocks, one assist and one service ace.

The Blue and Gold will travel for the first round of the NCAA Championship Tournament, which is set to start on Nov. 13.