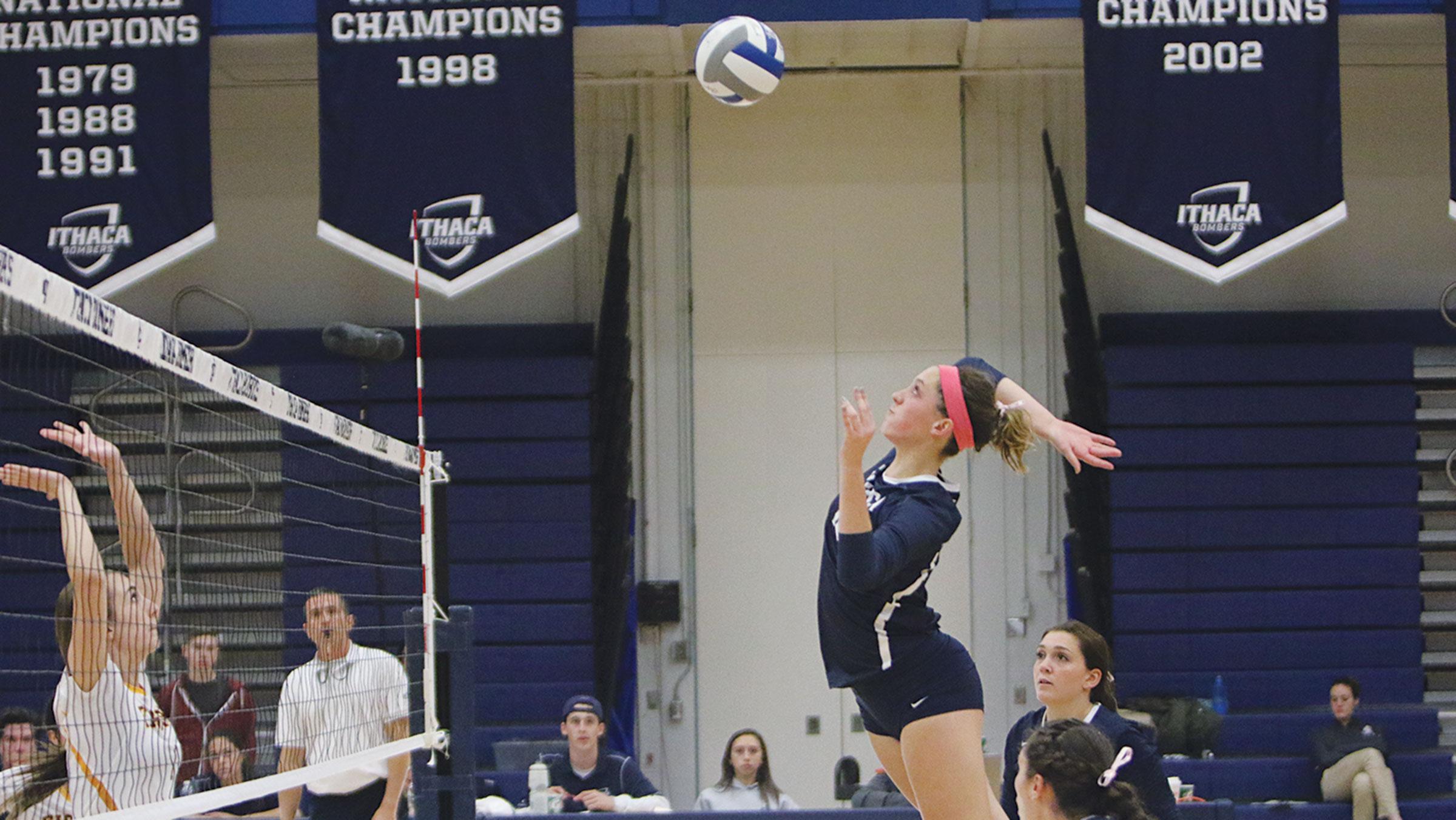 It was the Blue and Gold’s defensive tactics that really aided the Bombers in what was a comfortable game for them, holding Wells to a total hitting percentage of .189 for the entire match, while forcing the Express into 13 errors.

The high octane offense did not fail to disappoint either, exploding for .366 hitting percentage from the field and demolishing 46 kills in the process.

What began as back-and-forth play in the first set quickly became dominated by the Bombers as the squad rattled off small runs of four and five points to put the first match out of reach and assert control over the match.

The second set was much of the same from the South Hill squad. The Bombers were initially leading 8–3, and after Wells brought it back to within two points, the Bombers’ offense released a flurry of relentless attack and soon took a commanding 17–9 lead. The Bombers capped off their second set win with a five-point run to kill any Express momentum heading into what would be the match’s final set.

In the third set, Wells showed up to play, making the contest veer back and forth between the two squads. After trading points for a while, the Bombers went on a small yet crucial 4–1 run to create a 22–19 lead for themselves. The lead would be just enough to propel the Bombers to a 25–23 set three victory and capture an elusive 26th win on the season.

Sophomore captain Kayla Gromen led the way for the Bombers, recording 34 assists and nine digs, while sophomore captain Joelle Goldstein continued her solid season with eight kills and 12 digs. A solid performance from freshman Amanda Cerruti, who added nine kills to the Bombers’ firepower, was enough to help the Blue and Gold clinch the win in this contest.

As for Wells, sophomore Eliza Schwab and sophomore Anuhea Leite-Ah Yo were beacons of hope for the Express. Schwab had 23 assists and 13 digs to the effort, and the offensive side of the ball was led by Leite-Ah Yo, who killed 10 balls, while also recording nine digs.

The Bombers look to continue their good form this season when they travel to Oneonta, New York, to take part in the Oneonta Tournament on Oct. 30 and Oct. 31. The Blue and Gold will face the likes of SUNY Plattsburgh and Ramapo College, while also dueling the host, Oneonta.  The tournament is the final tournament before the Empire 8 Championship in Hoboken, New Jersey, on Nov. 7 and Nov. 8.