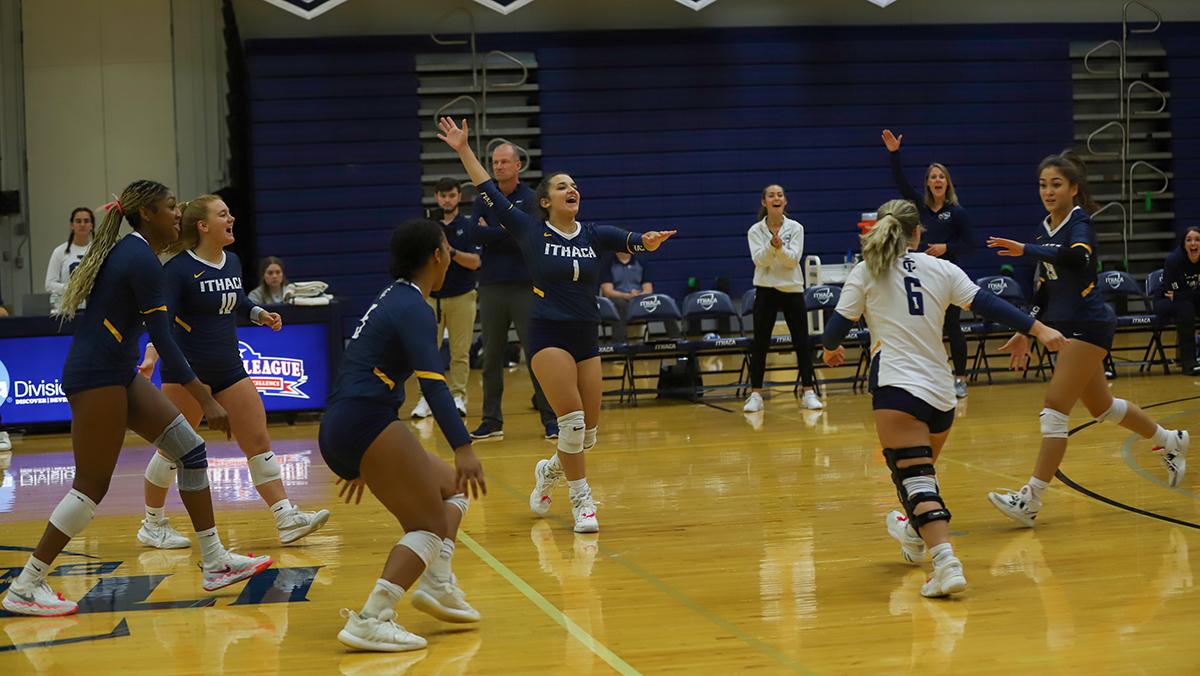 The Ithaca College volleyball team wiped the floor with the Bard College Raptors for its Senior Day game Oct. 22 at the Ben Light Gymnasium, winning its last regular season home game. The Bombers defeated the Raptors in a shut-out, 3–0 to improve to 20–4.

The Bombers played at their usual level, giving strong service against the Raptors. The first game went by quickly, with the Bombers bringing the intensity against their competition. Senior outside hitter Camryn O’Leary gained points for the Bombers through several kills. The Bombers won the first game 25–10.

The second and third game followed a similar suit, the Bombers winning both games 25–7 and 25–13, respectively. In each game the Bombers played consistently, giving the Raptors very few opportunities to score. Senior middle hitter Jennifer Pitts dominated with powerful blocks against the Raptors.

Chrissy Guest, faculty athletic mentor and associate professor in the Department of Media Arts, Sciences, and Studies, said it was fantastic to see the team play at a high level from the start of the game, despite the challenge that can come with a less intense opponent.

“It was definitely a lot of mental,” Guest said. “The comparison between the last two games, it was definitely more of a mental game to keep that higher intensity and play at our own level.”

Miller said the team wanted to play in honor of the seniors and wanted to end the season with a bang. She said she looks forward to the postseason and experiencing it with the team and sees the game against the Raptors as a learning opportunity.

“Yes, we’re done with [the game], but we still can improve from it no matter who we’re playing,” Miller said. “It definitely will prepare us and allow us to get better. … It allows us to clean up a lot of our technique.”

The Bombers have two more games before the postseason begins, starting with a 7:30 p.m. game Oct. 28 against St. Lawrence University.