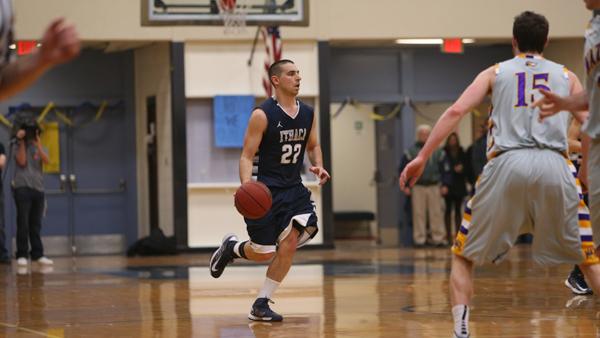 The men’s basketball team clinched the second seed in the Empire 8 tournament with a 76-69 win against Nazareth College in its final regular season game Feb. 16. The team ended the season with an overall record of 17–8 and a conference record of 10–4. Senior guard Sean Rossi tied the all-time Division III record for career assists by recording 12 assists in the winning effort against Nazareth. Rossi is likely to break the record during the Bombers’ conference semifinal matchup against St. John Fisher Friday night in Hoboken, N.J. If the Bombers advance, they will either play the top-seeded Stevens Institute of Technology or Utica College on Saturday afternoon.