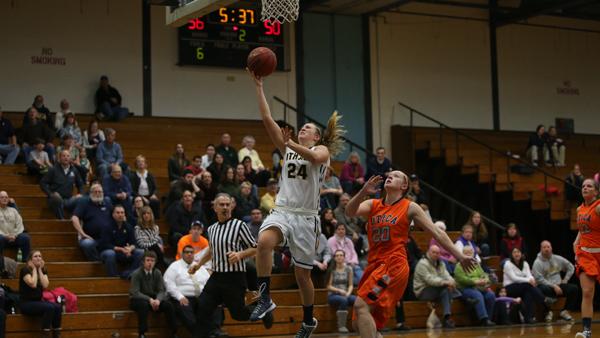 The women’s basketball team heads into the postseason on a 10-game winning streak and with an overall record of 23–2, its best regular-season finish in program history. The Bombers went 13–1 in Empire 8 Conference play to claim the regular season crown and earned the No. 1 seed in the tournament. However, the Blue and Gold are unable to host because of renovations at the Hill Center and Ben Light Gymnasium and conflicts with potential neutral sites. The South Hill squad will travel to Oneonta, N.Y., to take on St. John Fisher in their semifinal matchup Friday. The Cardinals are the Bombers’ one blemish in the E8 after losing to Fisher 63-59 Jan. 18. The Blue and Gold are determined to accomplish their goal of reaching game number 33, also known as the national championship. As injured players return to the court, things are looking good for the Bombers.