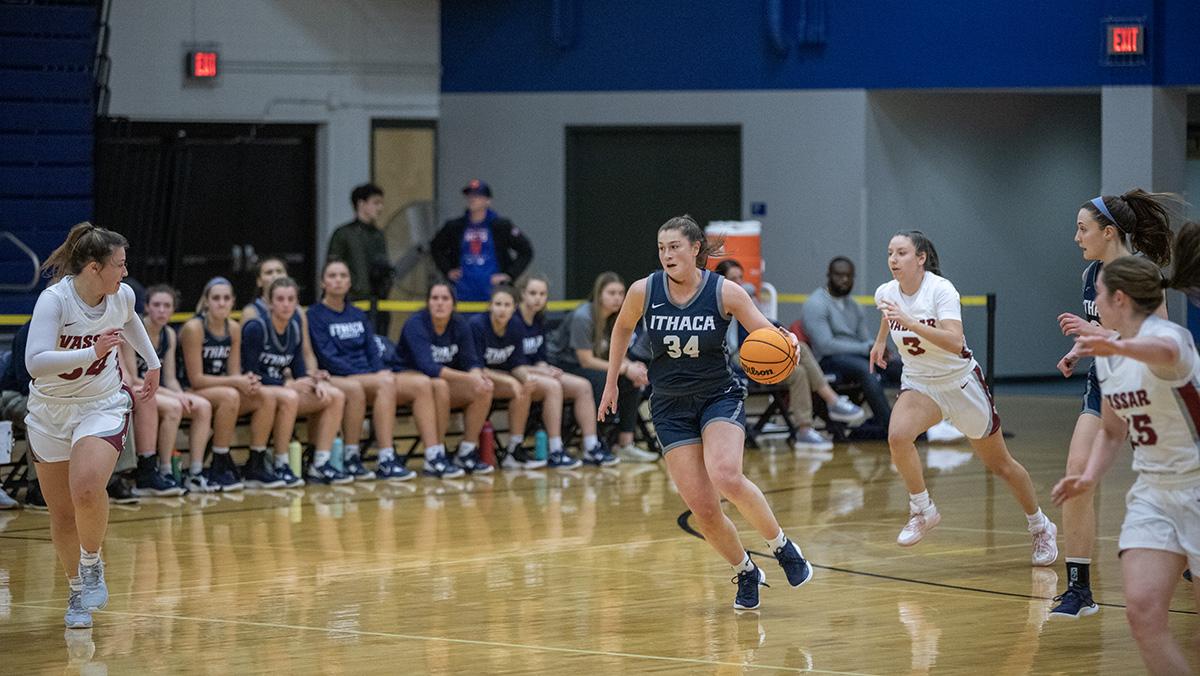 The Ithaca College women’s basketball team defeated the Vassar College Brewers by a final score of 69–31 in a Liberty League clash Dec. 2 at Ben Light Gymnasium.

The Bombers’ senior guard Camryn Coffey led all scorers with 15 points on 5–9 shooting from the field, including 3–6 from 3-point range. Junior guard Hannah Polce chipped in 13 of her own, and 11 different Bombers ended up recording a basket. Ithaca won the rebound battle 43–32, and forced 15 Brewer turnovers in the victory. 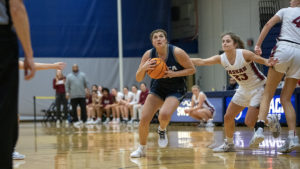 After the Brewers’ first-year student center Bella Tawney began the game with a layup, the Bombers would never trail again following senior forward Emily Dorn’s layup and a Coffey three on back to back possessions. The Bombers opened up a double digit lead with five minutes remaining in the first frame, and entered the halftime intermission up 19 points.

The South Hill squad built upon their lead in the third quarter, scoring the first six points of the half, and the Bomber advantage ballooned all the way to 29 by the end of the period. Sophomore guard Shae Sabino’s layup with two minutes remaining extended the Bomber lead to 39 points.

The Bombers had a balanced attack throughout the game, tallying seven 3-pointers to go along with 16 assists. With the win, the Bombers improve to 1–0 in Liberty League play and 5–1 overall.

Coffey credited the team’s defensive execution to begin the game as the primary reason for their fifth win of the season.

“Our defense tonight. We held [the Brewers] to 14 points in the first half,” Coffey said. “We are a really good scoring team and have a lot of players who can shoot the ball.”

The Bombers will next play Bard College in another Liberty League game at 2 p.m. Dec. 3 at Ben Light Gymnasium.