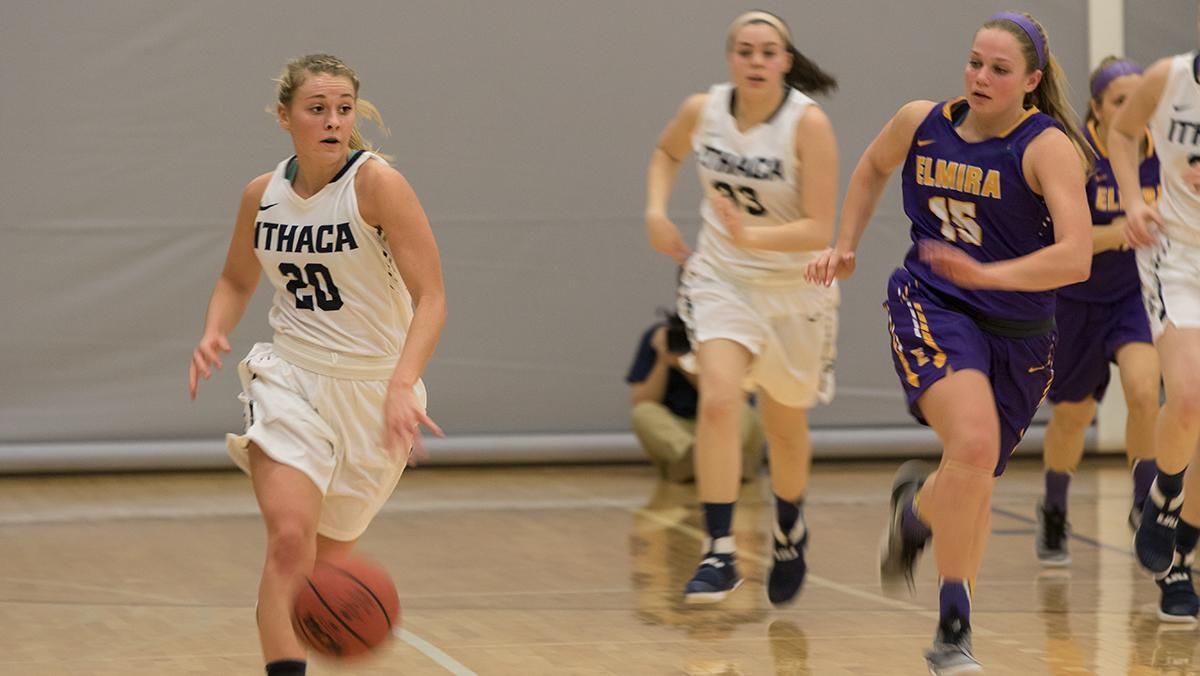 Elmira started off the game on a 5–0 run, but two minutes into the game senior forward Erin Ferguson made the Bomber’s first basket. The South Hill squad began to make a comeback when senior forward Shayna Gaskins narrowed the game to a one point deficit. Both teams kept matching points, but the Bombers ended the first quarter with a 19–13 lead after a free throw by sophomore guard Annie Giannone.

Three minutes into the second period, junior guard Jordan Beers hit her head on a hard fall. Medical trainers came out to the court to check on her and she never re-entered the game. The Blue and Gold continued to increase their lead even more after sophomore guard Meghan Pickell. At the end of the half, the Bombers led 37–25 after sophomore guard Allie Tunick scored two.

Sophomore guard Meghan Mazzella started the third period off for the Bombers after scoring a layup. Freshman forward Cassidy O’Malley continued to increase the score for the South Hill squad after scoring two points to lead 48–36. At the end of the period, the Blue and Gold led 52–38.

In the middle of the fourth quarter, senior guard Ali Ricchiuti stretched the Bombers’ lead to 62–46 on a basket and a free throw. A basket by Elmira’s sophomore forward Rachel Vespucci cut the Blue and Gold’s lead to 62–48. Elmira then narrowed it to a  62–51 with a basket and free throw by freshman guard Lauren Franklin.

With three minutes left in the game, the Soaring Eagles cut Ithaca’s lead to 64–54.

An inside basket by Ferguson gave the Bombers a 66–57 lead. It was quickly reduced to a six point lead after an Elmira three point field goal. A basket by Ricchiuti gave the Blue and Gold a 68–60 lead with just over a minute left in the game.

Ricchiuti and O’Malley tied for the team lead with 13 points. Tunick led the team with five assists and three steals.