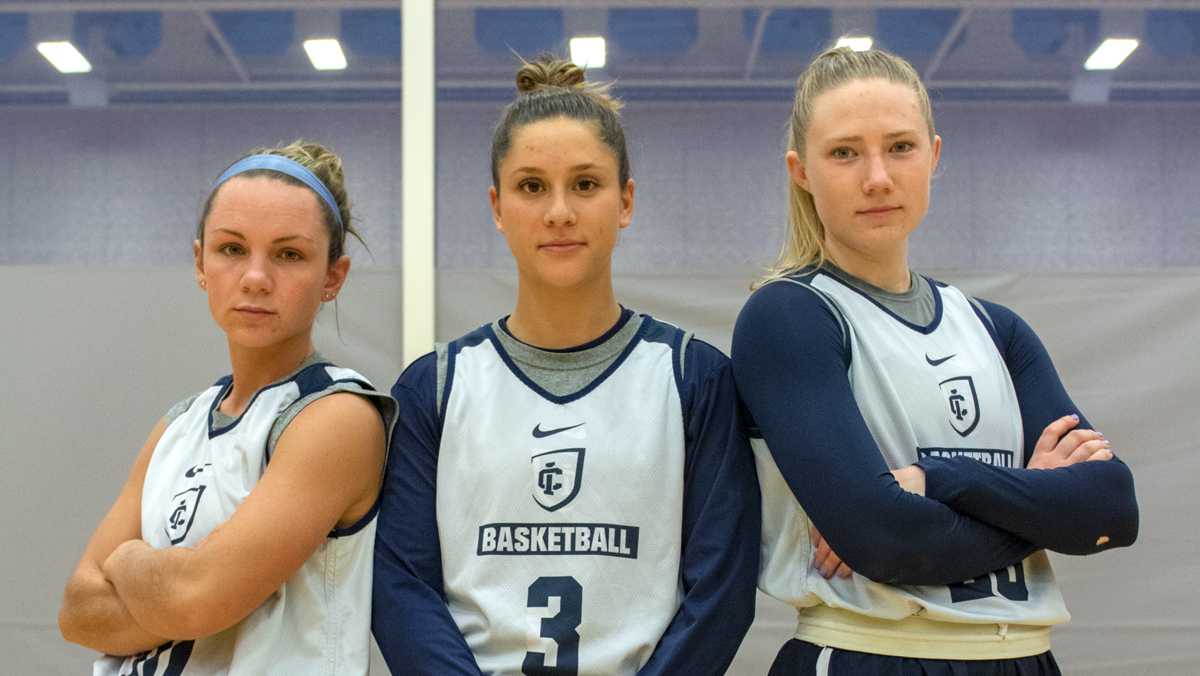 The Ithaca College women’s basketball team will jump into this season looking to continue its previous year’s success.

Last year, the Blue and Gold finished with a record of 21–8 in their first season in the Liberty League Conference while also earning a spot in the NCAA tournament. With the absence of Julie Yacovoni ’18, who was second on the team in points last season, the Bombers will have a tough time filling her slot. Erin Woop ’18, who finished the 2017–18 season second in assists, is another player the team will miss.

Head coach Dan Raymond, who is in his 19th season with the Bombers, recognizes the changes to the roster and knows the current players will be able to adjust to make up for the lost talent.

“It’s going to be a shared responsibility for all of the players,” Raymond said. “It’s really impossible to fill the shoes of any one player when they depart, so it’s just a matter of understanding what those two individuals meant to the team last year, and people identifying what they can do, what their role can be and trying to fill the void.”

Senior guard Annie Giannone is one of the players that will help to fill that void. Giannone had 88 assists last year, the most of anyone on the team. She also contributed 155 points to the team throughout the season. She will be stepping up this season as starting point guard, a position she earned with her time on the team.

Giannone said she is most excited about the potential of making the NCAA tournament again this season.

“The potential is going to be huge,” Giannone said. “We could have a very good team. The chemistry is already clicking. It’s exciting.”

Junior forward Cassidy O’Malley will also be a key player for the Blue and Gold, coming off of a productive sophomore season. She led the team in points last season with 494 and was second in rebounds with 143.

Senior guard Allie Tunick also brings skill to the Bombers roster. Tunick led the team in 3-pointers last season with 27. She racked up 156 points and 81 rebounds in 21 starting appearances.

Tunick said that, while she hopes for the best possible outcome for the season, she does not like to make lofty goals, which can make players lose sight of what is directly in front of them.

“We try to take it one game at a time,” Tunick said. “That’s kind of the mentality that Coach instills in us because if you just win every single game that’s on your radar, then it all works out in the end, big picturewise.”

Tunick said the team needs to work on consistent efforts this season and always playing to the highest level possible.

O’Reilly comes to the South Hill squad from Manhattan College, where she completed two seasons as a Jasper. She said she anticipates a successful first season with the Bombers and is excited to be able to play an intense and fast-paced game.

“We’re a team that really wants to run,” O’Reilly said. “I think we have very mobile bigs, and that’s an advantage as opposed to many other teams.

The Bombers started preparing for the season two weeks into the academic year. The squad participates in conditioning drills twice a week, weight lifting three times a week and pickup games twice a week to make sure it is in the best possible shape for when the season starts.

With the start of basketball season Nov. 16, the Blue and Gold will open the season in St. Louis, Missouri, as the team is set to take part in the McWilliams Classic, playing against Blackburn College and Washington University.

Raymond said it is important in the long run to accurately prepare for the season.