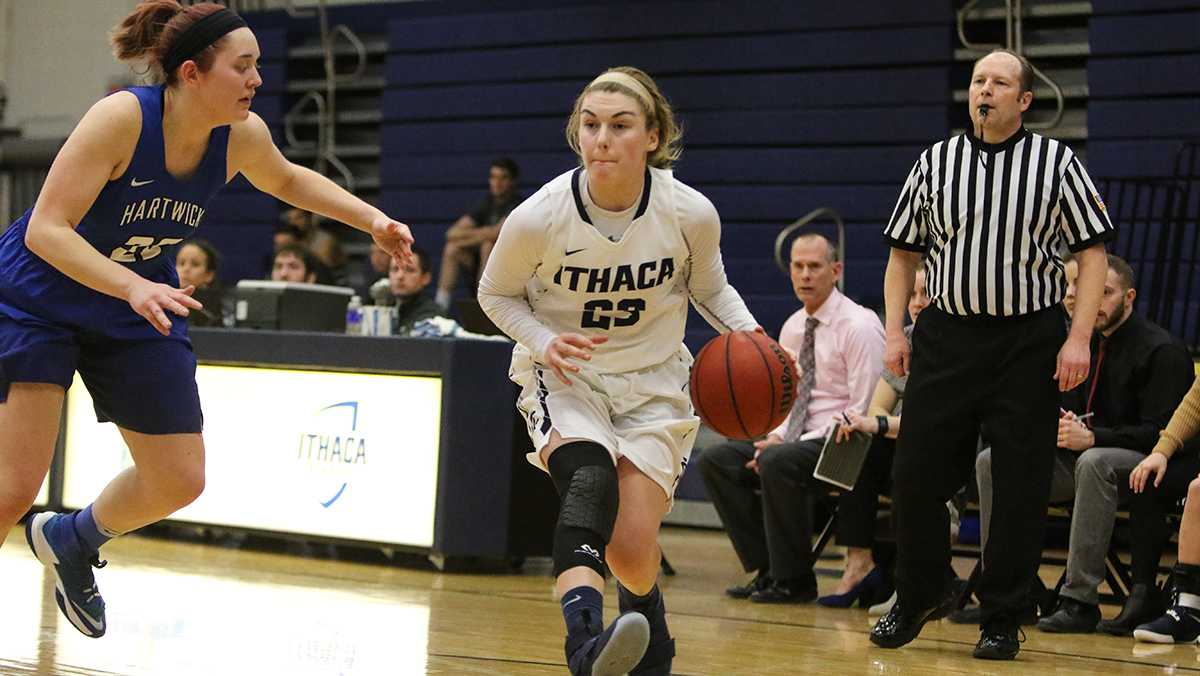 Seniors Ali Ricchiuti, Shayna Gaskins and Erin Ferguson were honored before the game.

Throughout the first two and a half minutes of play both teams were in a scoring drought. The South Hill squad was the first team on the board after a jumper by Gaskins.

Junior Jordan Beers got the Bombers rolling with two back-to-back contested jumpers. Beers led the team in scoring with a career-high 28 points. Fourteen of Beers points came in the fourth quarter. Beers said her career-high would not have happened without her teammates.

“They set me up for great shots,” she said. “They give me support and energy. I wanted to have a great team win for the seniors today.”

The Hawks got on the board with five minutes remaining in the first quarter. With a few seconds remaining, the Bombers lead increased to seven when sophomore Sara Jackson hit a baseline jumper.

Headed into the second quarter with a 15–8 lead, the Bombers went on a 6–0 scoring run, keeping the Hawks scoreless again, this time for the first seven minutes of play.

The Bombers closed out the half with a 25–17 lead, but then were scoreless for the first two minutes of the half.

A baseline jumper by Ferguson ignited the Bombers scoring streak. Eight quick points by Ithaca forced a timeout by the Hawks.

Ferguson chipped in 10 points, brought down six boards and had two blocks.

Closing out the third quarter, the South Hill squad held a nine point lead, 42–33, after Hartwick hit a quick three with only seconds remaining.

Hartwick battled back in the fourth quarter, switching to a 2-3 defense and shaking the Bomber’s up, but it was not strong enough to bring them to the top.

Hartwick bounced back scoring seven points to the Bombers two points in the first four minutes of the fourth quarter. The Hawks came within four points and gave the Bombers motivation for their scoring outbreak.

The Bombers remain undefeated at home and Ferguson said the home court advantage is something they used to help secure the win over the Hawks.

“We defend our home court. We love playing here, we have family, friends, everybody is out there supporting us,” Ferguson said.

The Bombers continue Empire 8 competition as they face off against Utica College at 6 p.m. Feb. 14 in Utica, New York.