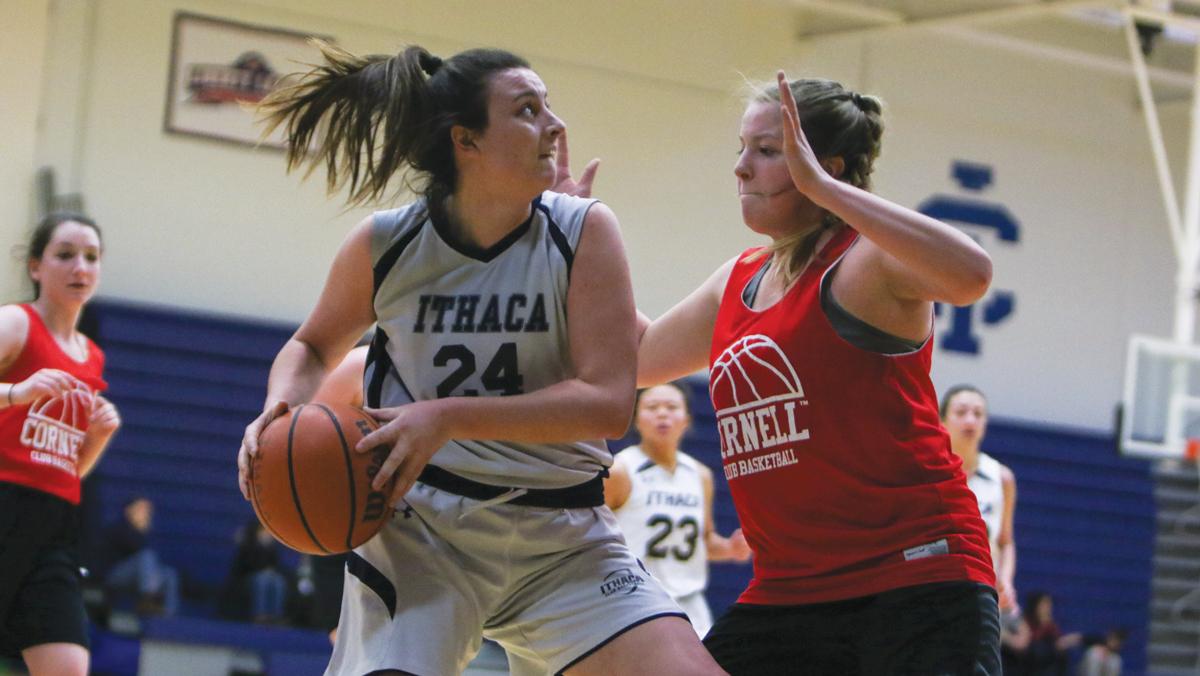 After hosting a four-team tournament on Feb. 4, the Ithaca College women’s club basketball team left the Hill Center with a 15–4 record and its sights set on earning an automatic bid to the national championship.

Liz Denbigh, a senior and the team’s president, said that this is one of the best teams they have fielded in her time at the college.

“I think this is definitely one of our most talented years,” Denbigh said. “We have a lot of young talent that has really improved our game a lot this season.”

Denbigh said freshman guard Torie May Della Pace has been a big impact player for the team, especially during the team’s Feb. 4 home tournament.

The team has a 15–4 record during its 2017–18 season, despite playing teams from Division I schools. The team has already qualified for the regional tournament on Feb. 17 and 18 at The University of Maryland.

“The is the first year that I’m confident we can win the entire thing at regionals,” Denbigh said. “We’ve been practicing at a higher pace, and I think that gives us a good chance to succeed.”

The Bombers will aim to use regionals as a stepping stone for nationals, which are taking place at The Ohio State University on April 20–22. If they qualify, they will likely be one of few teams, if not the only team, from a non–Division I school at nationals.

“Going against Division I schools can be intimidating for the younger girls on the team,” Denbigh said. “But once you get some experience and step on the court, you understand we can compete with those teams.”

In club sports, Division I schools probably have players who either quit or were cut from the school’s varsity rosters, giving them athletes who are more talented than most competitors.

Freshman guard Della Pace said she is confident they can compete against Division I competition.

“I think if we play to our full potential like we have been lately, I think we can do pretty well against the bigger-name schools if we can get to Ohio State,” Della Pace said.

The Bombers play up to 35 or 40 games a year throughout the academic year, as opposed to the 25 games that the varsity team plays in their regular season. They have already fared well against Division I competition, beating Syracuse University by 10 and losing to Cornell University by three in overtime.

Head coach Tim Bangs said creating a club team that is competitive is very difficult because it can be hard to find players who care enough about the sport that aren’t already competing on varsity. The team is composed of players who fail to make the varsity team and players who do not want the stress and time commitment of playing a college sport.

“It’s girls that may have tried out for varsity and didn’t make the varsity roster or just girls that want to focus on academics and played a lot of basketball in high school,” Bangs said. “They only want to practice two nights a week and play a bunch of games, so it’s a nice mixture of kids.”

Bangs said the team does not have a star player, and everyone on the team has had an opportunity to step up.

“No one has been a go-to person this year because everyone has had the opportunity to make an impact on any given night,” Bangs said. “To know that with a roster of 14 girls that any group of them can do what needs to be done to win the game has been huge for us.”

Coach Bangs said the Bombers will look to clean up their game a little bit on the offensive end and continue to play the defense that they have been succeeding with since the start of the year. He also said it can be difficult to keep his team focused on offense due to the lack of practice time when they are not together.

“We need to work on the turnovers,” Bangs said after his team’s games against Cornell and Binghamton University. “But that comes from developing together as a team playing on the court. You have to know where your partner is going to be and how they are going to cut, and then it starts to solve itself — we’ll get better.”