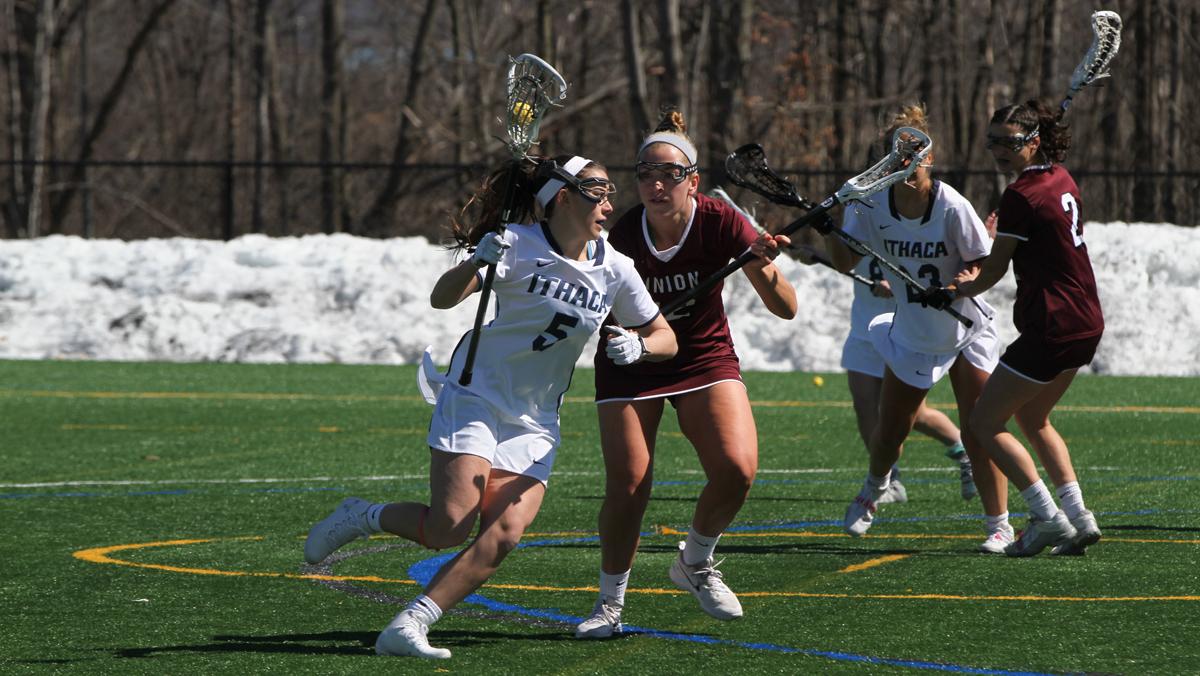 The college started out the game by scoring five runs in the first 10:43 of the game. Junior attack Allie Panara assisted on three of the first five goals while junior attack Elizabeth Rice scored twice.

Union went on a run of their own to cut the lead to 5–3 from two goal by sophomore attack Corey Golden.

Starting the second half, the South Hill squad scored seven straight goals to extend the lead to 14–4. Rice continued her scoring streak by scoring three of the seven goals. To close out the game, Rice added two more goals to bring her goal count to eight.

The win brings the Bombers’ overall record to 6–3 with a 3–0 record in the Liberty League Conference.

The Blue and Gold will face off against St. Lawrence University at 4 p.m. April 6 in Canton, New York.

The No. 7 Ithaca College women’s lacrosse team fell to No. 3 Trinity College on March 13 in Maryland.