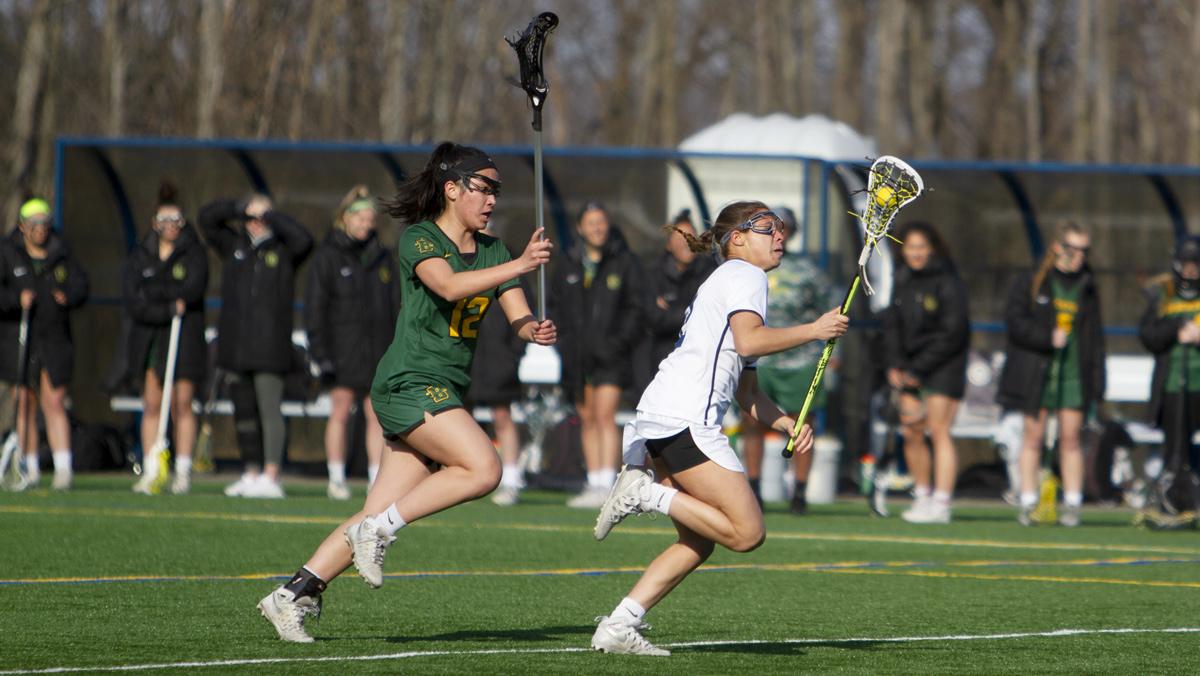 The Ithaca College women’s lacrosse team defeated The College at Brockport in a high-scoring matchup March 20 in Higgins Stadium. The Bombers won 23–14 and improved to an overall record of 4–2 this season.

Senior attacker Allie Panara had a strong day as well, scoring two goals and notching a team-high four assists. Senior defender Reid Simoncini was dominant at the center circle, contributing 12 draw controls to a total of 23 for the Blue and Gold. Brockport earned only 15 as a team.

The Golden Eagles scored the first goal of the game but did not maintain the lead for long. It took about seven minutes for them to find their offensive momentum, but once they did, the South Hill squad managed to respond with four goals in just two minutes.

With just under 14 minutes remaining in the first half, the Bombers went on another scoring run. They put away six unanswered goals to take a 10–3 lead. Brockport earned three as the clock counted down, but the Blue and Gold went into halftime strong with back-to-back goals in the last 17 seconds.

Scoring went back–and–forth between the two teams throughout the second half, but the Golden Eagles were never able to close the Bombers’ lead to fewer than four goals.

The South Hill squad’s offense was their strength, as they took 41 shots against the Golden Eagles, who took only 25. Sophomore goalkeeper Mackenzie Schade struggled, making just four saves out of Brockport’s 18 shots on goal.

The Blue and Gold will look to continue their winning streak at 1 p.m. March 23 against No. 16 St. John Fisher College in Rochester, New York.