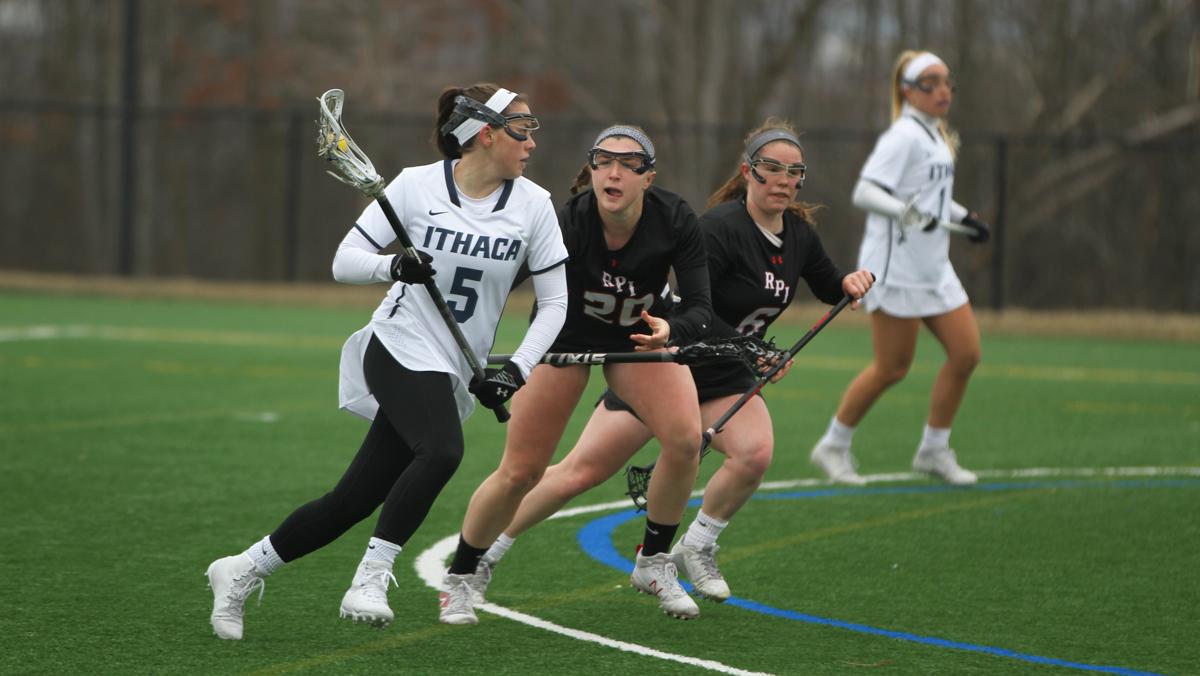 The Ithaca College women’s lacrosse team defeated Rensselaer Polytechnic Institute 12–7 on April 14 at Higgins Stadium. The win brings the Bombers to 9–4 overall with a 6–1 record in the Liberty League Conference.

The Blue and Gold jumped out to a 2–0 lead after goals by junior attacks Allie Panara and Elizabeth Rice. RPI tied the game 2–2 due to two goals by junior midfielder Maddy Aslansan.

The game was mostly even in all categories at halftime with the score being 5–5 when the first period ended.

Throughout the second half, the game was tied two more times, with the final tie being 7–7 with 13:41 remaining. However, the South Hill squad’s offense erupted, as they went on a 5–0 spurt to close out the game.

The first goal scored for the Bombers was by junior midfielder Erin McGee. Sophomore midfielder Katie Welch followed up with her second goal of the game to make the score 9–7 and then sophomore attack Bailey Herr scored with 7:07 remaining to extend the lead.

Rice then scored two goals in 40 seconds to make the lead 12–7. Rice finished with four goals on the day while Welch, Herr and freshman midfielder Jacqui Hallack each finished with two goals.

The Bombers are back in action against Bard College at 4 p.m. April 20 at Higgins Stadium.