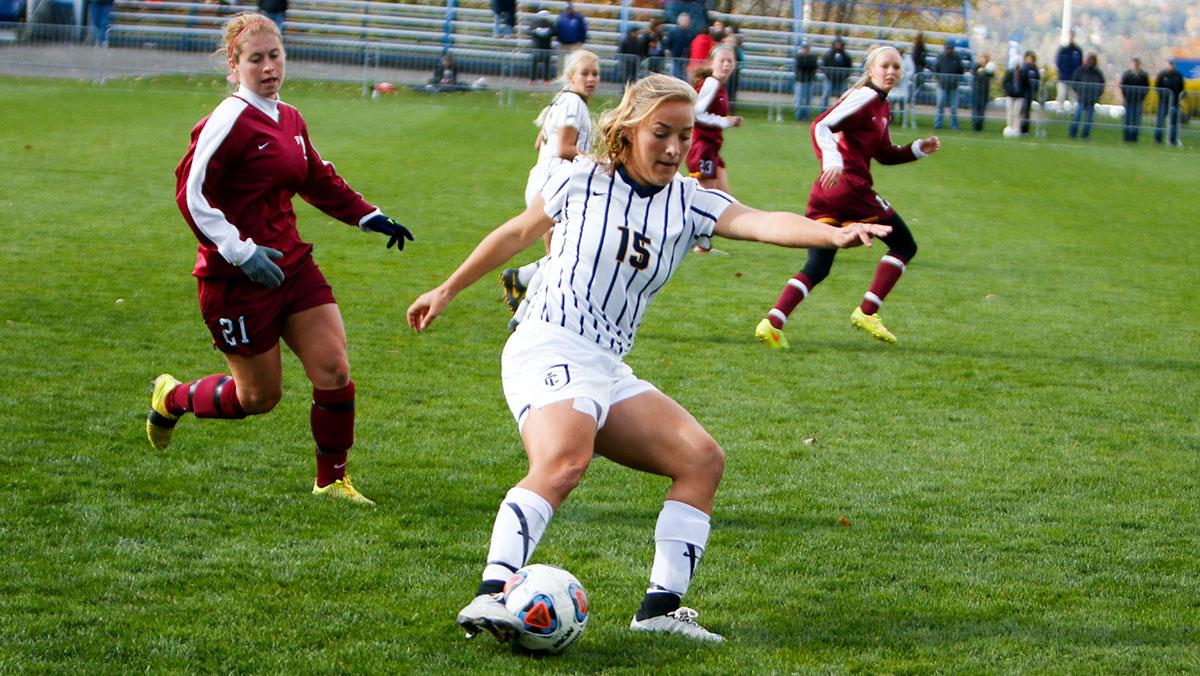 The women’s soccer team continued its excellent play Oct. 17, pushing its win streak to five with a 2–0 win over St. John Fisher College at Carp Wood Field. The Bombers are now 9–3–1 on the season and hold a No. 2 ranking in the Empire 8 with a 4–0–1 conference record.

The first goal came in the 22nd minute as junior midfielder Taylor Baranowsky scored on a corner kick off an assist from junior forward Holly Niemiec. It would be the lone goal of the half as neither team could get past each other’s goalie. Fisher goalie Sarah O’Brien had two saves, and her counterpart, Beth Coppolecchia, had three.

The Bombers ended the half with eight shots, whereas Fisher only had three.

In the second half, the Bombers’ offense erupted, taking 15 shots. Thankfully for Fisher, O’Brien saved six of the shots. However, in the 75th minute junior forward Jessica Demczar, who took three shots on the day, two of which came on goal, would seal the deal and get one into the back of the net off a free kick from 25 yards out.

The contest was the South Hill squad’s sixth shutout win of the season. Sarah Woychik, although not able to get the ball into the back of the net, did take six shots on the day, three of which were directed at the goal.

The squad will be back in action when it faces Elmira College, which currently owns a 2–9–0 overall record and a 2–3–0 conference record, at 3 p.m. Oct. 20 in Elmira, New York.