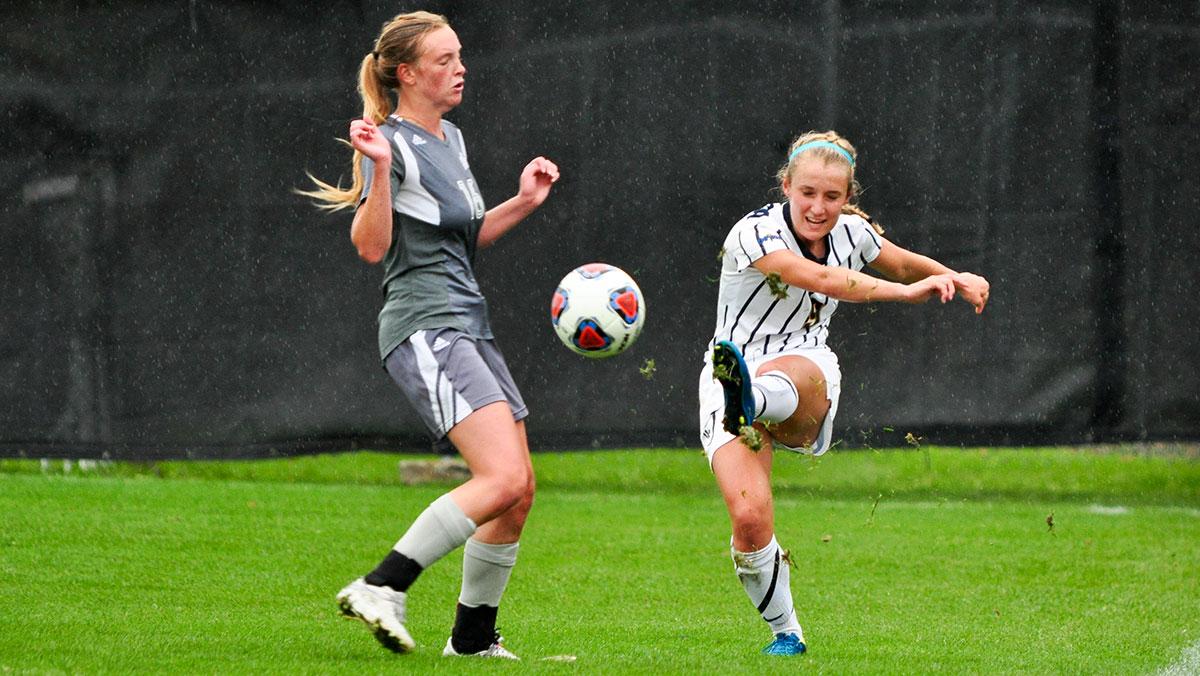 The women’s soccer team, coming off a 110-minute battle that ended in a tie against Stevens Institute of Technology, would take its following matchup versus Houghton College on Oct. 3 down to the wire at Carp Wood Field.

Junior Jess Demczar finished it off for the Bombers, scoring a game-winning goal over the Highlanders in the final seconds for a 1–0 victory. Fellow junior Holly Niemiec made a nifty cross into the box as Demczar perfectly timed the kick to have the ball land in the back of the net.

It was a defensive battle once again for the Blue and Gold, as the offense couldn’t get much going until the final period.

Senior forward Kelsey King took six total shots with three on goal, looking for her record-breaking 39th career goal. Niemiec, in addition to her assist, made five shots, three of which were on goal.

The Bombers will look to add some momentum midway through the season with a 5 p.m. match Oct. 6 against Hartwick College in Oneonta, New York.