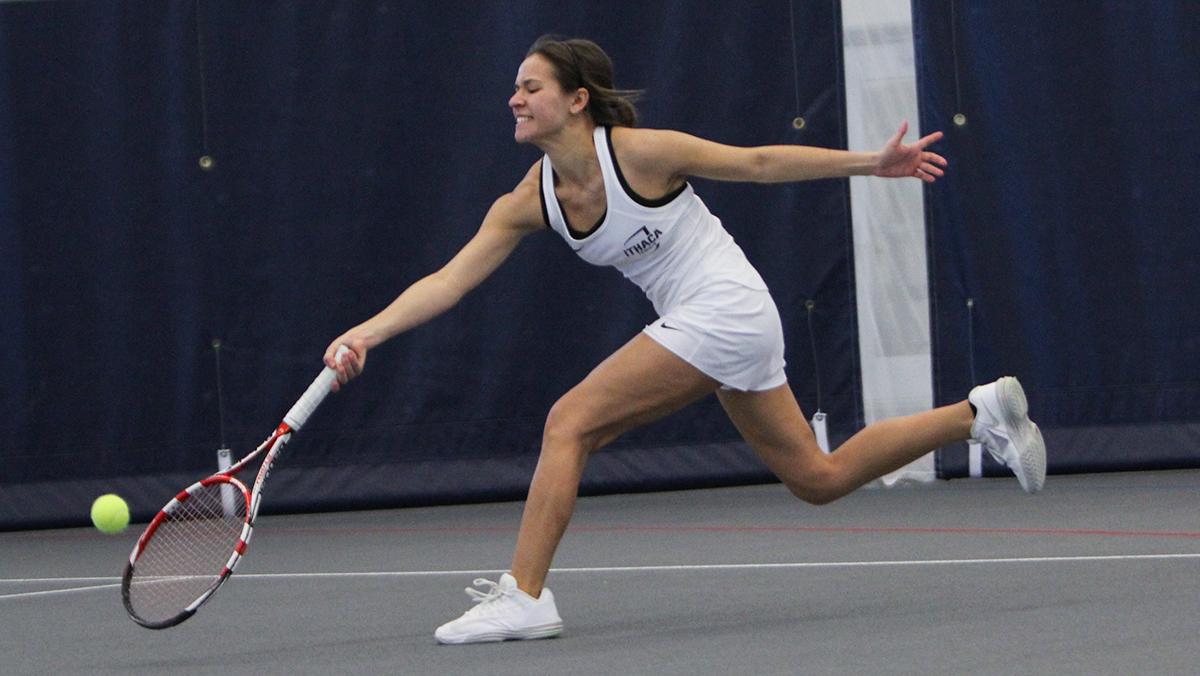 The Ithaca College women’s tennis team dropped its second match in a row when it fell to William Smith College 3–6 in the Glazer Arena. The Bombers have a record of 10–2, while the Herons even their record at 2–2.

The match opened with doubles play in which the Herons commanded an early 3–0 lead against the South Hill squad.

Dunn said errors plagued her and Kusak in their doubles match.

“I thought we played well, but [More and Kostovic] outplayed us today,” Dunn said. “I think we had a lot of errors that we shouldn’t of had.”

Singles competition began thereafter. The Bombers were able to gain a couple of victories, but not enough to overtake the Heron’s lead in the overall match.

But the Herons sealed the deal with back-to-back victories by Greenberg topped freshman Jane Alkhazov 6–1, 6–1 and Kostovic and sophomore Alex Greenberg.

The match of the afternoon was the final singles match, which pitted Ruback against Perron.

Ruback took a 3–0 lead before Perron cut it to 3–2. But Ruback held onto her lead and was the victor of the third set and match scoring 6–3.

Ruback said Perron was a tough out on the tennis court.

“She was really consistent,” Ruback said. “So I had to keep moving my feet and just try to hit one more ball than her.”

Head coach Bill Austin said he was impressed with how Ruback performed in such a grueling match.

“She stayed mentally focused throughout,” Austin said. “[Perron] changed her game effectively to counteract what Bri was doing. Bri missed a little bit, and then steadied out.”

The Bombers will look to cease their two-game skid against Bloomsburg University March 13 in Orlando, Florida.